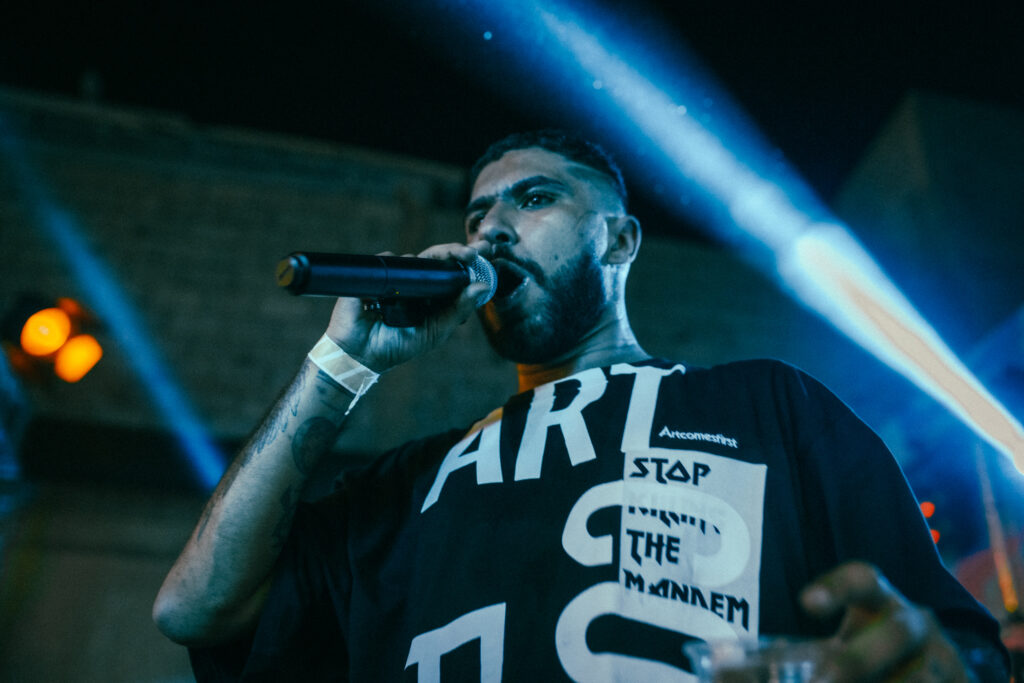 In Conversation With the Region’s Most Streamed Artist, ElGrandeToto

Sitting down with the number 1

Tourists visit Marrakech for a variety of reasons. Some head towards the Moroccan south to wander through the world-famous Jamaa El Fna Square to get lost in its bustling markets, while others make their way to enjoy the country’s mouthwatering cuisine — and, judging by the excitement shown by party goers and makers, to see the Arab world’s most-streamed artist, ElGrandeToto, perform live.

The 26-year-old lyricist has been on a hot streak since the release of his first track 7elmetado back in 2016. Since then, the Casablanca-born hitmaker has cemented himself as not only one of his native country’s favorites but also as one of the Middle East and North Africa’s best sonic creatives.

Generating millions of views, listens, and streams across different music platforms, ElGrandeToto’s popularity surpasses those of his Moroccan peers and regional contemporaries by a landslide. His overall stats have been on a steady rise, especially after featuring with Nigerian singer CKay on the Northern African rendition of TikTok-favorite Love Nwantiti, which has garnered vertiginous numbers since its release.

Last month, the red city hosted the first iteration of The Mbari House— a multidisciplinary event collaboratively set up by contemporary photographer Hassan Hajjaj and Oasis-festival organizer Mariana Jaidi. Inviting the country’s best ambassadors of hip-hop and rap to shed light on the industry before wrapping the day-long gathering with a private concert, we took the time to sit down with the unnofficial king of Morocco to discuss his career and what we can expect from him in the months to come. Shabab and shababeen, meet ElGrandeToto.

Which scene do you have your eyes locked on at the moment?

You won’t believe me, but I’ve recently been tapping into Asian rap. I’ve been listening to guys like August D, who in my opinion seriously knows how to spit some bars.

I’ve also been keeping an eye on the UK scene and less so on the American one. I’m not really a fan of the new wave, which means that unless it’s someone like Kendrick (Lamar), Drake, or any of the industry’s headliners, I won’t necessarily pay attention to it. Same goes for French rap. People expect me to know all about it when I don’t always, and quite frankly it’s the last market I listen to.

Speaking about the UK scene, drill has been the past year’s main genre. Do you see it as something worthwhile?

I think it’s here to stay, although I think it’ll evolve. I think that we’re reaching its limits and I feel like the movement is stagnating. It’s artists like Central Cee, Unknown T, or Millionz that are bringing new flavors to the genre but as for the rest, they’re all using the same recipe without being inventive with it.

Your last release Salina is actually very drill influenced. Do you ever plan the genres of your releases?

I don’t actually. I just go into the studio and start recording whatever I feel like recording. Yesterday, for example, I recorded three summer hits (that have) nothing to do with the hard-hitting stuff. It just really depends on how I feel and what I want to do mainly.

With that being said, it only seems natural to ask you what we can expect from you in the months to come?

I’m thinking of maybe releasing a small EP this summer. I know that I’m late on the album as I’m still thinking on the direction I want to take it, but I don’t want to leave fans waiting for too long. Nothing is confirmed as of right now but I’m seriously thinking of releasing something short and sweet, six tracks maybe, like I did with Illicite back in 2018. Like I said, nothing set in stone but I’d really like something like that to happen.

How do you navigate through the scene and the industry and what is it like to be the most streamed artist in the Arab world?

Myself, like the rest, are here rapping because it’s what we love  — it’s all about the culture that we’re building as we rap. It was never about the money. However, when it does come in, you start thinking 50-50. I’ve got rent to pay, a team to cater for, and so on, So it’s all about finding the right balance.

Being number one is cool for like an evening, after that it’s just stress. My only enemy at this point is myself as I have to make sure to stay on track and live up to the expectations. Eventually, that same stress turns into positive stress. It becomes a healthy competition between me, myself, and I as well as with the rest of the scene. It helps make sure that I reinvent myself constantly, sometimes step out of my comfort zone, and challenge myself with new sounds and styles. If anyone ends up having more monthly listens, good on them, it’ll just reignite the hunger to go take back what was mine.