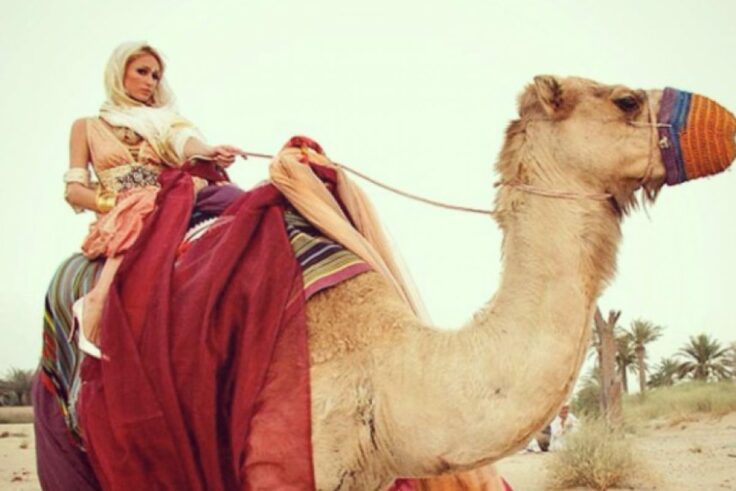 No, Becky can’t say that to you.

You might have already heard of the term ‘culture vulture’. Think of it as a variant of a cultural appropriator, or simply put: someone who profits from a culture they don’t really care about. If you live in some of the region’s most populated cities, you’ve probably come to know a few perpetrators.

It’s not uncommon for ‘expats’ to be catapulted up in the socio-economic ladder upon their move. And those who carry Western passports even reap preferential treatment by local authorities in some countries.

‘Expat’ bubbles are common in most cities, but the distance between them and their host society often leads to a lack of cultural understanding. Whether at work, school, or a party, chances are you’ve had an experience with someone who crossed the line.

Maybe someone offered up unsolicited advice on how to make your culture better, complained about how all North Africans just sit at cafes all day, or went on about how Arab women in the GCC are so oppressed.

If you’ve found yourself in such a position, you probably know how irritable these interactions can be. So, if you want to maintain your sanity, but still confront the problem, here are some things you can do:

Know that it’s not your duty to confront them.
Putting your mental health first is key. If you’re not prepared for a confrontation, don’t feel obligated to.

If an act is committed by someone you don’t care about maintaining a relationship with, respond with whatever you see fit.
That means call them out if you want to, but always make sure your safety is your top priority.

If it’s someone you do care about, you can criticize the incident, not the person.
Whilst learning about cross cultural exchange falls upon the privileged, it might prove beneficial to explain how the incident makes you feel.

Check their privilege.
For migrants of Western backgrounds, particularly those who are fair skinned, moving to the region comes with multiplied privilege—much of which remains supported by the region’s colonial history. Remind them of the privilege they benefit from.