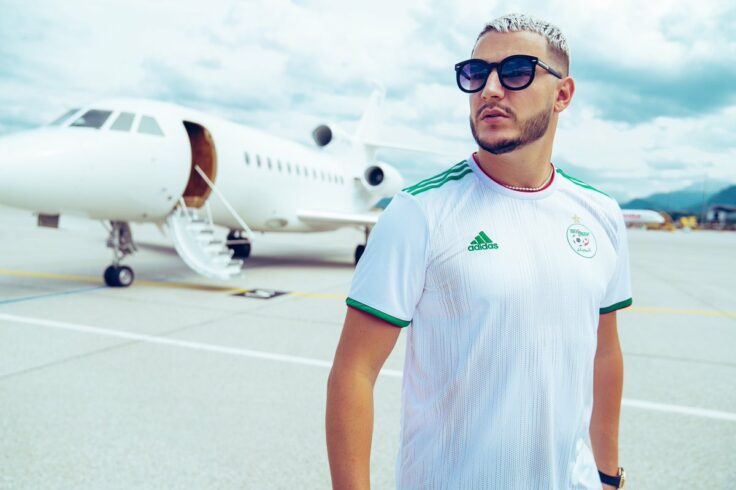 After weeks of teasing, DJ Snake has finally made his latest musical statement available to stream to all, this Tuesday evening. Titled Disco Maghreb, the song is a tribute to the Paris-born DJ’s Algerian roots using an early 90s aesthetic, combined with a multitude of North African instruments, to pan out his newest release.

Accompanied by an energy-boosting video clip, the track is claimed to have drawn inspiration from an eponymously named record label, who’s promoted and produced, through its lengthy existence, legendary artists such as Cheb Khaled or Hasni.

Cultural and creative director of Snake’s supporting visuals for Disco Maghreb, Sofiane Si Merabet, usually recognised by his alias as The Confused Arab created an homage Algeria by highlighting cultural practices and patrimony. Commenting on his role, he described this project to MILLE as “a way to keep traditions living and shed light on how they’re still a source of vitality for the youth”.

William Sami Étienne Grigahcine, better known by his stage name DJ Snake, is sending a heartfelt, yet festive, love letter to his part-Algerian origins. Always keen on referencing his North African peers and influences, his latest publishing is a real cocktail of some of the most emblematic elements of the sub-region that the Maghreb is. From dances to instruments and costumes, from the musical aspect to the visual side of the sonic venture: everything is extremely reminiscent of his native Algeria.

I imagined “Disco Maghreb” as a bridge between different generations and origins, linking North Africa, the Arab world and beyond… This is a love letter to my people. 🇩🇿

In addition to the song and published video clip, a limited edition tape was made available for purchase although it has by now been sold out. It’s long been apparent that DJ Snake has an enthusiasm for Arab music and this latest release only solidifies that belief even further.

6 Problematic Y2K Songs We Had No Business Singing As Kids