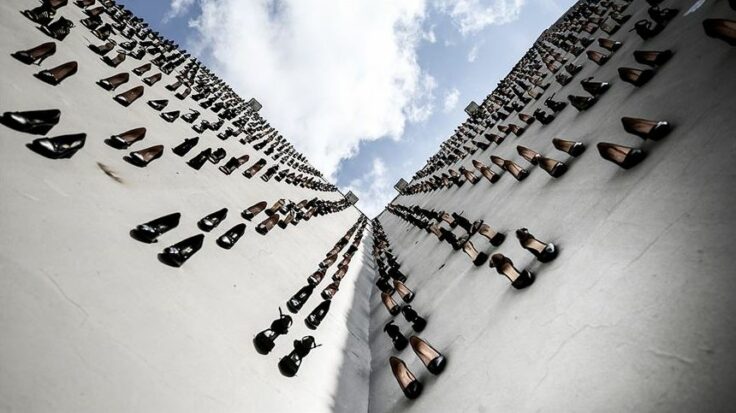 We Need to Talk About Domestic Violence in the Middle East

440 pairs of black heels now hang on the side of one of Istanbul’s most prominent buildings. The work of art commemorates the 440 Turkish women killed by their husbands in 2018 alone.

Vahit Tuna, the artist behind the installation, wanted raise awareness on domestic violence, an issue so rampant across the world, yet so rarely discussed. Non-profit organization, Kadin Cinayetlerini Durduracagiz, or ‘We Will Stop Femicide’ in English, released the figures that inspired Tuna in January. 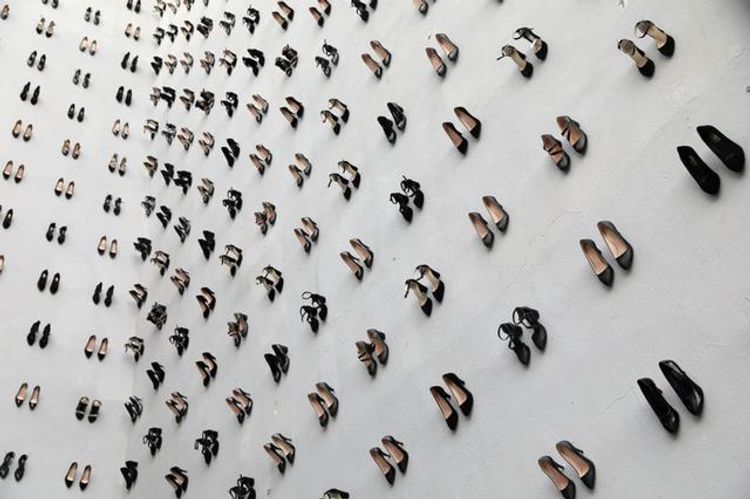 They reported that the number of femicides (sex-based hate crimes) have increased in 2018, with 440 women murdered by men and 317 were sexually assaulted last year, up from 353 in 2017. The majority of the women were aged between 36 and 65 years old, and 105 were killed due to their husband’s disagreement with their life decisions.

The installation is part of Yankose, a non-profit art platform that is run by Turkish coffee chain Kahve Dunyasi. The heels cover the wall of one of the company’s buildings, located in the bustling Istanbul neighbourhood of Kabatas.

“We wanted everyone passing by the road to see,” Tuna told Turkish media.

And Turkey is not alone when it comes to the prevalence of domestic violence. A shocking report unveiled that virtually all Egyptian women have been victims of sexual harassment, to be exact, 99.3 per cent of women surveyed in the 2013 United Nations. 96.5 percent of the women harassed also said they’d been physically assaulted.

UAE laws do not penalize domestic violence. As human rights watch points out, article 53 of the nation’s penal code allows the  “chastisement by a husband to his wife and the chastisement of minor children”.