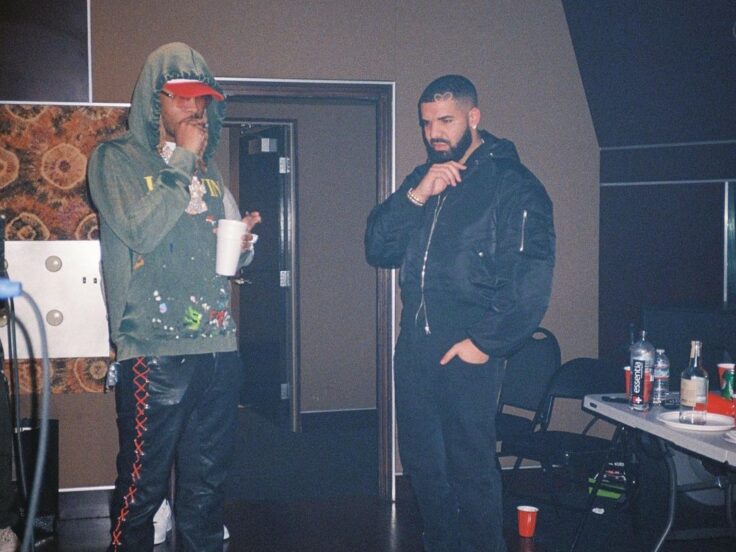 Heartbreak season is back

After a six-month delay, the prince of Toronto finally released his much-anticipated Certified Lover Boy album, a usual love-drenched project serving us with fresh new captions to feature below our back to school fit-pics.

Thanks for the captions 😂 @Drake 🤝 #CLB pic.twitter.com/HdjC7Iaj4a

Initially scheduled for early 2021, the hour and a half project had already made headlines last week for its very surprising and to-be-memed cover. Far from sharing anything in common with Drake’s previous album artworks, this time, the Canadian-native called on the British designer Damien Hirst to paint a memorable fresco to play as the face of the collection of 21 tracks.

It is one worth remembering. In an Instagram post, the 6 God unveiled a picture with a white background featuring 12 ethnically diverse pregnant emoji women wearing differently-coloured tops. If some screamed genius while others seemed disappointed by the cover, the 21st-century piece of modern art has to some extent fulfilled its primary purpose of leaving a lasting mark on the audience and general market.

Already considered as one of the most influential and impactful personas in the game, Drake is cementing his position even further with his sixth studio album. Because if the cover appears to be lazy, the project in itself really isn’t as it is a concentration of what the rapper and producer can do best – capture human experiences in a way to make it relatable to a majority through an emotional driveway of compelling yet tappy-toe tracks.

Full of A-list celebrity guests, the Chicago Freestyle singer is spoiling us with a rich choice of features, beats and genres to listen to. From singing to rapping or exposing seemingly playful drama by sending shots to some of his detractors, the album really caters for all although it might not be considered as his ultimate magnum opus.

The reaction from fans online appears to be very dogmatic whichever way the criticism or compliments went. As you sift through the millions of tweets posted since the initial release of the album, many went to their keyboards to begin comparing Drake CLB to Ye’s Donda and before going anywhere further, let’s get the records straight. If Drake and Kanye can’t get along in real life, they can both co-exist in our music libraries in peace and that’s all that really matters.

Because the difference between Donda and CLB is in the weight both projects carry in each of the artist’s careers. One is another collection of songs to follow us through the end of summer whereas the other is the epitome of one’s lifework. Two projects that are definitely avant-garde but deserve (if ever needed) to be compared on different scales.

Set to break the internet again, Drake’s latest release can already be considered as a success even only after a few hours of its release. Set to make more noise online and/or give birth to some memorable memes, make sure to keep your eyes peeled with us  to follow the rapper’s next updates.