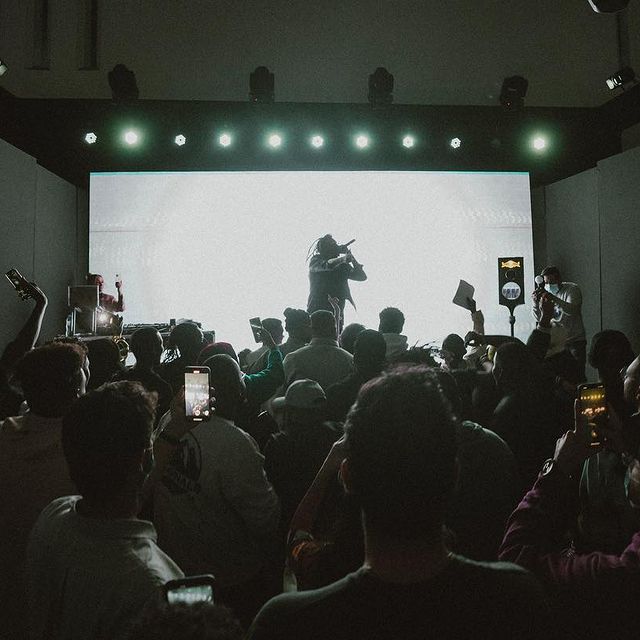 Meet one of the pioneers of Arab Drill

On a stellar mission to put the UAE’s rap scene on the map, Freek’s effort to make Arabic trap his muse is finally bearing its fruit. The Somali-origin MC has finally released his much-anticipated and expected album this month.

Titled “150”, this is the rapper’s first studio-recorded album in his short yet skillful career. Blending heavy beats with hard-hitting rhymes, the project carries eight tracks that serve some fresh samples of what Freek knows how to do best.

Featuring producers from all over the Arab world as well as the UK, the Dubai-based artist knew how to get his fan base excited by handing several invitation cards out to other regional MCs to join him on a handful of songs. From the Hashemite Kingdom’s The Synaptik to Saudi’s Lil Eazy and Sudan’s TooDope, Freek has definitely made his will to approach and appeal as one of the region’s greatest loud and clear to all.

To celebrate this pioneering release, we sat down with the young rapper to touch base and navigate the construction of this first album.

As one of the few ambassadors of rap in the GGC, this album carried a lot of excitement and anticipation prior to its release. How does it feel for it to finally be out?

This album has been in the works for at least two years, with a lot of tunes changes and many different collaborations to place; but most importantly I didn’t settle for anything less than great. The biggest achievement that this album got was the pre-release event that was packed and people were there to witness 150 coming to life! I’m proud of that outcome.

This is your first organized and structured musical statement. What’s the story behind 150?

Even though artists nowadays don’t like to release albums, for me an album is indeed a statement, also a way to include all my homies on a creative level; it’s like a hub for legends. Each track on the album reflects a story that happened to me whether on a musical or personal level.

What’s the purpose of this first album? What is the message you’re trying to beam through it?

Every piece I release has a message of course and this album is no different. I wanted to push myself and try different directions, which resulted in me rapping at some parts or simply singing.

The rap scene in the region is strong and the artists on the record show how we are all tight and pushing one another.

The album is made of eight tracks that are mainly influenced by trap and drill. Are there any intentions of wanting to break away from them and explore other musical realms?

I have been investing in Drill since the start of my career, it’s not that it’s my comfort zone, it’s what I really love as a genre, however, I did explore other sounds on the album with tracks like Samehni. Not to forget that this album has been in the work for two years, these are sounds I created years and months ago, so expect some new tunes and genres in the future releases!

What are you expecting to see change for you with this release?

I never expect anything from my releases nor from the moves I make, I do everything based on self-accomplishment and enjoyment. Whatever comes after that is a total extra. But I always look into bringing in my fans into my projects, if they’re happy, I’m happy.

Do you think that this first album can be a real catalyst for change for UAE’s underground scene?

I believe that the UAE underground scene is up and coming. But 150 could be one of those projects that turn heads, especially on the collaboration level. On the concept side, Arabic Drill is still a new thing and as you can see, I’m trying to push that to become a ritual rather than “an underground sound”. I hope others will follow.

Your rise has been more than meteoric in the past two years. What do you have planned in the near and far future?

Plans are shaping up as we speak, I’m planning a tour soon and a couple of regional shows to promote the album, but most importantly these shows are to spread the sound of Freek and also to get inspired by other cultures. Keep an eye on the upcoming music videos as well as the new release! This is going to change the game!