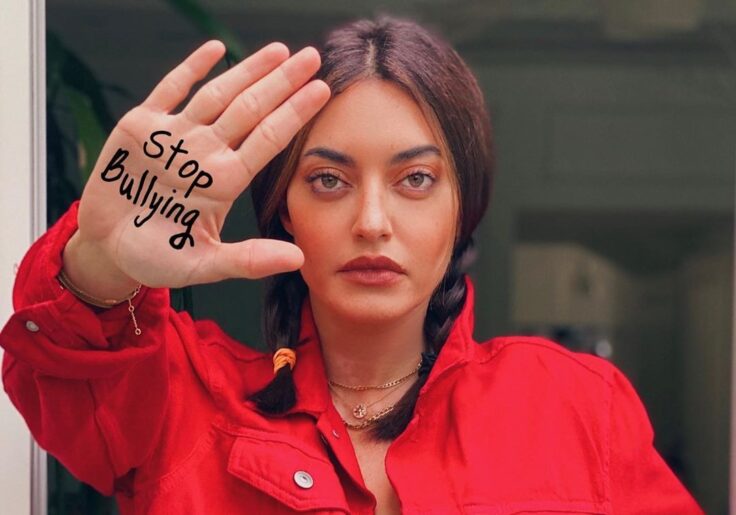 Arab Influencers Stand Up Against Bullying

Unpacking the viral video which has sparked debate in the UAE

A recent study conducted in the UAE showed that over a third of UAE students have been victim to some form of bullying. A viral video recorded in a school in Dubai has shown us that it is indeed prevalent.

A recent 57-second viral clip—which was recorded in a Dubai’s GEMS World Academy school—has caused a social media uproar. In the video, a student (which is allegedly a well-known social media star) is seen verbally and psychically harassing another student by pulling their hair and threatening them with further physical violence.

The incident occurred in spite of anti-bullying efforts having been recently launched in the UAE. According to a recent study by Cartoon Network Middle East, about 85 per cent of parents with children aged 6-12 have reported being aware of their children having been bullied. Following the study’s results, a UAE-wide anti-bullying campaign was launched; a campaign that ended in December 2019.

The school where the incident occurred released a statement declaring that the incident is under investigation.

“The school acted promptly to investigate and resolve the issue and we will continue to prioritize the safety, security, and well-being of all our students,” reads the statement.

Another report concluded that one in 10 teenagers in the UAE “always feel sad”, a figure that stands higher than the global average of six per cent. The report was conducted by the Organisation for Economic Co-operation and Development and the Program for International Student Assessment (PISA). The organisation surveyed over 600,000 students across the globe.

According to PISA, only 77 per cent of 15-year-olds in the UAE agreed that “bullying is wrong,” a figure that is well below the global average of 88 per cent.

The now-viral video motivated local influencers to take action. Tunisian model Ameni Esseibi took to her Instagram to share concerns over the incident, encouraging others to take a stand against bullying.

Dubai-based influencer Karen Wazen followed in Esseibi’s footsteps, taking to her social media platform to raise awareness about bullying. The mother of three shared videos discussing the incident and posted photos with the slogan “Stop Bullying” to bring the subject further into the limelight.