‘I Like Style but Not Fashion’: Duro Oluwo on His Latest Stint With Max&Co.

We caught up with the rising designer in Milan

It’s another busy day during Milan Fashion Week, where the weather is surprisingly warmer than expected; Metros are full of models, buses are packed with street-style photographers, and every street surrounding the Duomo, the city’s century-old cathedral, is busy with passersby heading to or from work. In the middle of this organized chaos (fashion week), held twice a year for the past few decades or so, Duro Olowu is looking unphased by the surrounding commotion, as he’s peacefully sat on a soft red bamboo-structured sofa, inside one of Max&Co.’s flagship stores in the Italian fashion hub. Enjoying a refreshing glass of cucumber water as he cheerfully guides us through his latest textile-based creations, it’s a welcome that’s even warmer than the balmy outdoor temperature. 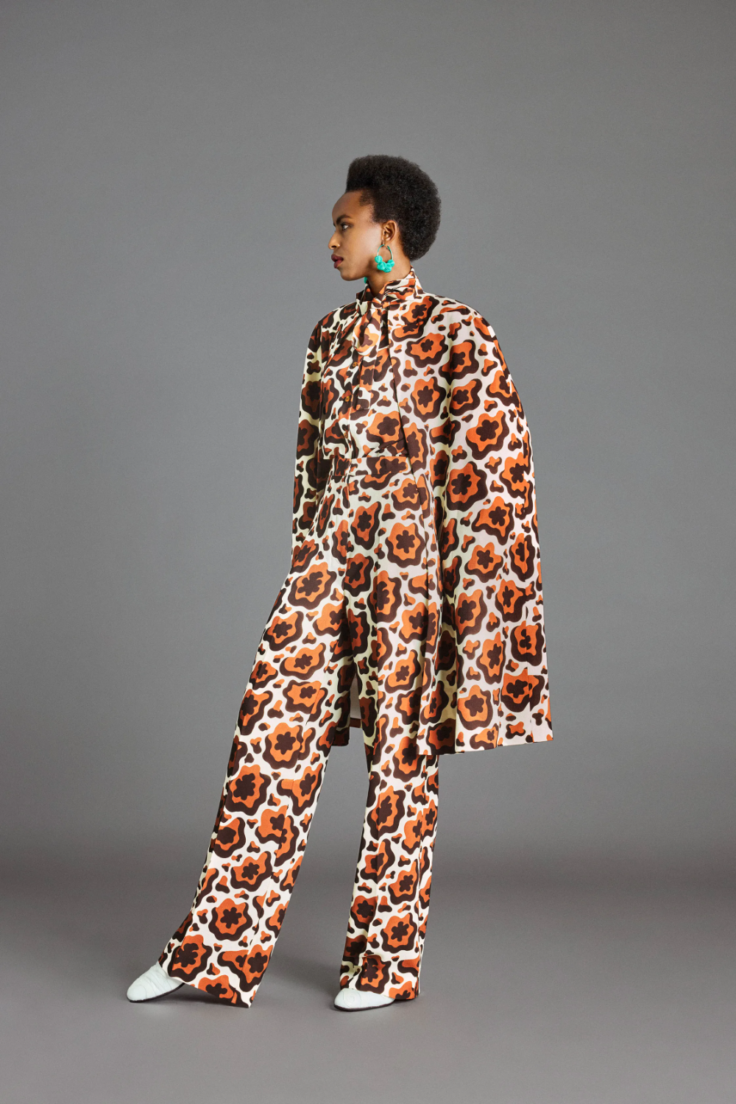 “Milan has great food and great buildings. I like this city a lot, and I have been coming here for years although it’s not the place I come to look for fashion. To me, this is a place for business,” the Nigerian-born Londoner shared with MILLE. “In fact, if I’m being really honest, I’m not interested in fashion, I’m interested in style instead and that nuance makes a huge difference,” he continued, before going on to explain what he means by that sentiment.

“‘Money fashion’ isn’t my focus at all. If you can name and place pieces, it’s not style, it’s fashion. With that being said though, if you can name a place of origin of an item because of quality of textile or cut, then that’s style in my opinion, and that’s where it’s at for me,” he  said, expounding the difference between the two words, which are often used interchangeably, before interrupting himself to fix one of his model’s outfit.

Meticulous and with a great attention to detail at all times, Olowu is a designer that walks the talk. He’s always  keen on getting involved with whatever is happening around him, as long as it has to do with style, fabric, and fashion even if the latter isn’t the main fuel to his engine.

He makes his way back to me, looking more focused than he was five minutes prior to his unexpected intervention. He seems more revitalized as we begin to dive into his latest collection’s identity and inspiration. Famed for his strong use of print and color, Olowu’s collaborative effort with Max&Co. for spring 2023, titled “People, Places, Color,” follows that joyful pattern that’s become synonymous with his name since launching his eponymous label in 2004.

“The collection is inspired by an Italian artist called Luigi Ghirri. He used to take pictures of Italy in the 70s and 80s, of things people wouldn’t usually notice or walk by, like small towns or seasides. To me, his style captured a certain mood, look, feeling, and emotion, and I wondered what if he had the opportunity to do the same thing in Bamako or Dakar for example, which are both cities that I love,” said the British fashion designer.

“Basically, I tried to infuse that energy into this line through color, print, and silhouette. The Max&Co. woman is young, but she likes nice clothes and will wear them in her own way. She’s cool but doesn’t want to be bourgeois, and that’s the whole premise of this range. The brand, which is part of the bigger Max Mara group, is still very focused on quality which is the most important element to me,” he shared.

“Since the pandemic the world has changed and so has the way people dress. These clothes can be worn for long time, you can layer them for the possibilities of outfits to be infinite. It’s an armor, the way you want to go out to the world. I want people to wear these clothes; they’re not vulgar clothes, you can wear these in Milan and catch a flight to Dubai or Doha and still blend in — and that’s some of the beauty of this collection. The whole idea is for the woman wearing these to be remembered once she leaves,” he  continued.

Sifting through his new line reminded me of Legos as each piece can be mixed and matched without ever losing this precious sense of style— Olowu laughed at this analogy, although he agreed with it. Probing the comparison a little further, it seems as if I wasn’t the only one thinking of a younger version of myself when looking at his latest sartorial offering. In fact, the designer explained that he brings himself back to his child self to invent, reinvent, and keep his creativity afloat at all times.

“For the prints, it comes down to intuition. For the rest, I always hold on to what I imagine I would like when I was four-years-old, and people should be doing the same,” he mused.

Simple yet sophisticated, Olowu’s spirited line will adamantly conquer the hearts, and wardrobes, of many across the world, and especially in our region given its richness in color and shape. Playing into traditional elements of silhouettes and style with an extra twist that makes the difference across most of his sartorial statements seen and presented so far, this joyful range is an instant mood-booster with its ability to be mixed and matched, all while making sure wearers are able to express themselves as freely as they want through textile and cloth.