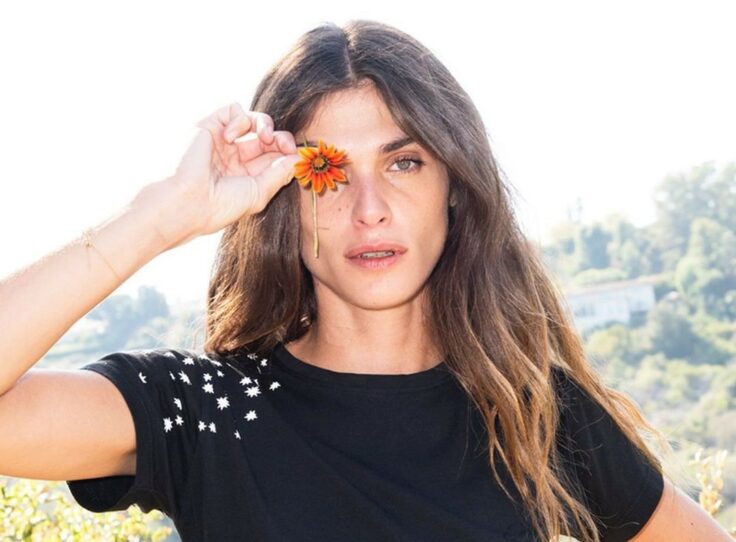 Everything you need to know about the model, actress and philanthropist

Elisa Sednaoui Dellal might be best known for lending her face to the likes of Chanel, Armani, Roberto Cavalli. But the Egyptian-Italian beauty is more than just a model.

Alongside her extensive career in fashion and cinema—having appeared in films alongside stars like Edgar Ramirez and Vincent Gallo—Sednaoui launched The Elisa Sednaoui Foundation (ESF) in 2013, becoming a full-fledged social activist.

The non-profit is dedicated to providing quality education for children in underserved communities around the world through arts, cultural exchange and the facilitation of life skills. In 2015, she also began serving as an official Supporter of the UN High Commissioner for Refugees (UNHCR).

We looked back on Sednaoui’s philanthropic efforts , shining some light on her most impactful contributions.

Funtasia Egypt
First launched as part of ESF in Luxor, Egypt in 2014 as a youth workshop, Funtasia was later inaugurated as a permanent cultural center, offering year-round activities such as weekly after-school classes, youth workshops with artists, and adult facilitation training programs.

Funtasia Italia
In 2016, Funtasia partnered with Save the Children, the local City Council and Partnership for Youth Empowerment (PYE) in Bra, Italy to provide a week of creative learning experiences for 140 middle school students, as well as facilitator training for adults. With artists leading different art forms such as singing, drumming, film directing, acting, and photography, the association gives the youth the opportunity to explore their own creativity, work together, and build self-confidence in a safe, nurturing environment.

SPAZIO X FUNTASIA
On December 14, Sednaoui launched her collaboration with Italian brand Spazio, with 100 percent of profits to be donated to the Funtasia Education program. The capsule collection is composed of black and white t-shirts, dubbed ‘super power t-shirts’, which are printed with the words ‘Respect’, ‘Diversity’, ‘Empathy’ and ‘Identity’ in Italian—representing the values of Funtasia.

FUNTASIA X JOSEFINA
Sednaoui collaborated with accessories label Josefina on a capsule collection of bags inspired by ancient Egyptian mythology, with all the proceeds benefiting the Funtasia association. Designed in Paris and handcrafted in Spain, the bags are adorned with animal drawings, such as crocodiles and Abyssinian cats, by Gucci co-signed illustrator Brianda Fitz James Stuart.

Funtasia x Sotheby’s
Sednaoui Dellal teamed up with art patron Alia Al-Senussi and Sotheby’s bringing 17 works of some of the region’s most renowned artists to the annual Contemporary Curated auction in London. The proceeds from ten pieces went on to benefit the Funtasia project.