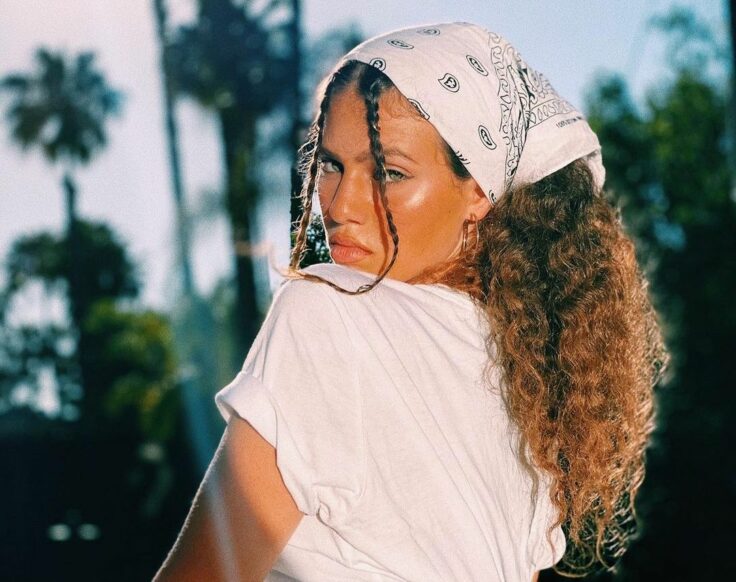 Elyanna the Palestinian Singer Changing the Tune of Arabic Music

Elyanna might be based in Los Angeles, but the young Palestinian singer has successfully secured herself a spot among the Arab world’s rising stars.

At just 18-years old, she’s snagged the nickname of ‘Arab Rihanna’, and it’s all thanks to her sultry voice that resembles the Barbadian superstar. But there’s one thing that sets her apart; despite settling roots in the US, Elyanna mostly sings in Arabic, bridging the miles that separate her from her birthplace, Nazareth.

With an astonishing ability to vary her vocals from song to song, from deep and soulful to soft and whispery, she grabbed the attention of Lebanese singer Massari. The half-Chilean singer went on to collaborate with him in her latest track ‘Ana Lahali’. She has also collaborated with Jordanian TikTok star Issam Alnajjar on the track ‘Hada Ghareeb’.

This song is very special to me, its the first song i’ve ever recorded when i was 15 years old, and now we have the music video out, i’m so grateful thanks for everyone thats supporting me❤️ GO STREAM IT, LINK IN BIO!

With an incredible career ahead of her, we round up seven things we already love about the singer:

Her Soundcloud beginnings
Elyanna was born in Nazareth, Palestine, where she would often record herself singing covers and share them on Soundcloud.

Her melodic vocals
Whether deep and powerful or soft, Elyanna’s vocal range sets her apart.

Her stunning curls
She may sound like Rihanna, but her locks resemble Shakira’s—and we love it.

Her style
Elyanna’s fashion sense is just as impressive as her singing, with the 18-year-old sharing her boldest looks on Instagram to her 362,000 followers. She’s also been known to support Arab brands, most recently sporting Egyptian label Okhtein and UAE-based brand Love Closely.

Her love for Palestine
Although she now resides in Los Angeles, she hasn’t let the distance get in the way. The 18-year-old doesn’t shy away from honouring Palestine on her social media platforms.