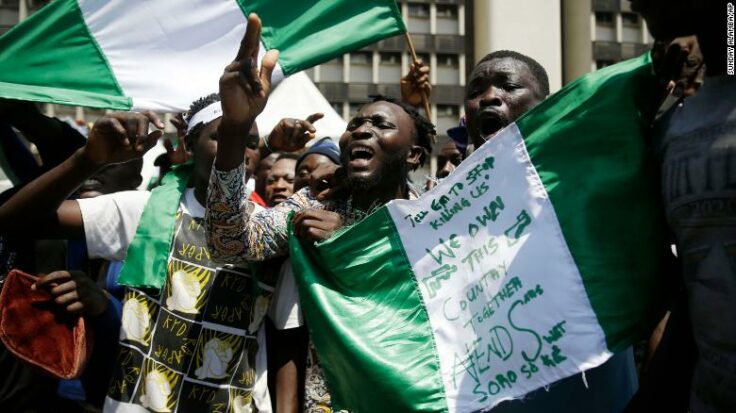 Here’s what you can do.

In the wake of recent protests in Africa’s most populous country, your feed is likely dominated with calls to #ENDSARS. In the last two weeks, Nigerians have taken to the streets to rally against police brutality, in particular the Special Robbery Squad—a unit of police that has been known for using excess violence over the years.

In response, the SARS unit was dissolved on October 11, as announced by Muhammed Adamu, Inspector General of Nigerian Police. Protests continued, however, rejecting the police force’s plan to redeploy SARS members to other police units.

As protestors continued marching in the streets demanding reform, the nation’s capital was swarmed by Nigerian army and police, leading to multiple fatalities.

The events grabbed global attention, with everyone from Beyonce and Rihanna to Burna Boy, Diddy, and Wizkid expressing their solidarity with the protestors. Photographer Stephen Tayo has been documenting the protests, publishing a series of photos and videos on his Instagram page. And photographers like him, alongside protestors still need our help.

For that reason, photojournalists Etinosa Osayimwen and Polly Irungu, launched a campaign to raise money to purchase protective gear for photographers and journalists covering the protests on the ground.

Alongside their campaign, we rounded up all the ways you can help.

Feminist Coalition
The feminist organization launched in July 2020 has been fundraising to aid the #ENDSARS protestors, promising to be transparent with their use of donations.

Diasporans Against SARS
They’ve raised over $77,000 so far, but they’ve yet to reach their goal of $100,000. The campaign began as a call for the Nigeran diaspora to donate, but of course, everyone is welcome.

Write to Nigerian president Muhammadu Buhari
Amnesty International’s website has made available an online form that allows anyone to email the Nigerian president and attorney general Abubakar Malami to call on them to put an end to police brutality.