“Enfant du Cartel (Cartel Kid) is not only a clothing line; it’s a lifestyle”, says 23-year old Samy Rizcallah, co-founder and designer of the brand, “Our aim is to express our feelings and opinions through our creations and raise a discussion with our audience”.

Tunisian-Lebanese Samy Rizcallah and Iranian-Lebanese Yvan Yaghobzadeh, are the Paris-based design duo behind the label. Having founded Enfant du Cartel as teenagers, the grassroots brand soon became a multi-disciplinary collective uniting all their creative friends. 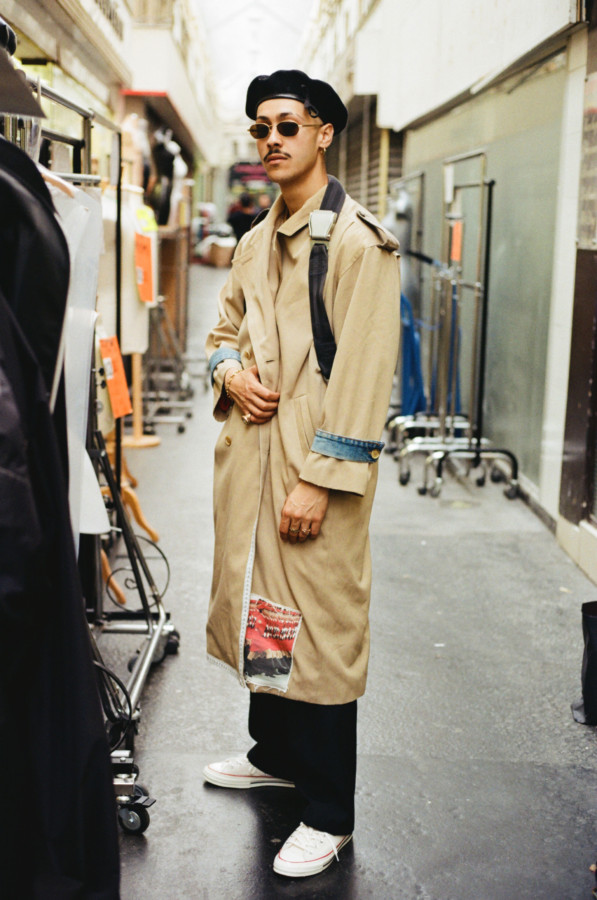 “We believe the world is a cartel, as it is ruled by the power of money – much like Mexican drug cartels. We are the children of this world, eager to succeed despite the obstacles and the corruption and hope to make this world a better place”, says Rizcallah, explaining the meaning behind the name of their label.

Inspired by their everyday life in Paris as well as their multicultural backgrounds, the designers define Enfant du Cartel as a “street-couture” brand, because its essence resides in the fusion between street-wear aesthetics and artisanal savoir-faire. Influenced by Margiela’s conceptualism, their collections are mostly based on recycling vintage pieces or objects in order to reconstruct them and create something new and meaningful. 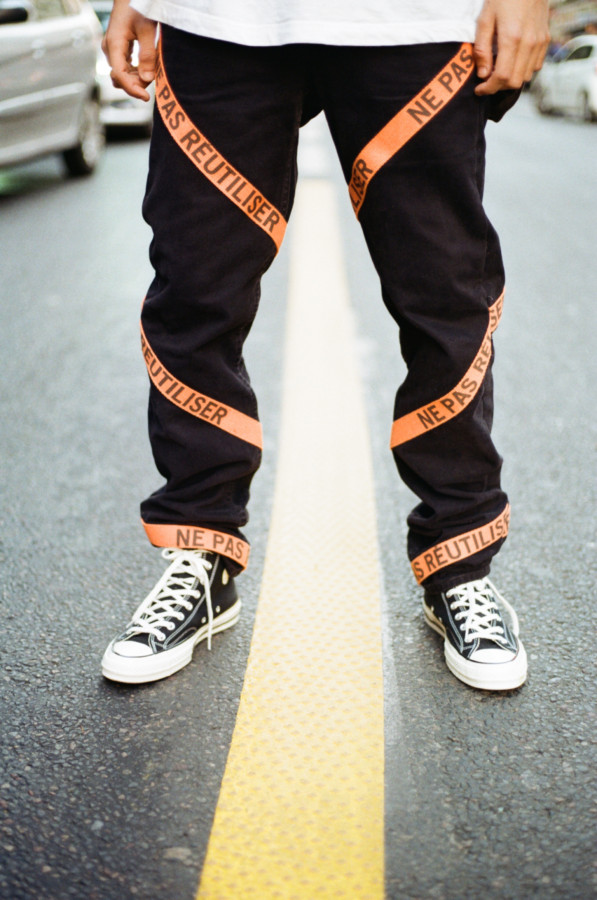 “We’re street because our means come from the streets, yet we’re couture because we handcraft. We’re also responsible because we challenge fast fashion by recovering old clothing”, says Rizcallah. “We try to avoid staring at our IG feed too much, and choose to observe our city’s diversity in culture and architecture instead to stimulate our creativity”.

Their first collection was released in 2016 and incorporated pictures taken by Yvan’s father—Alfred Yaghbozadeh, a photojournalist, who has mostly reported on wars in the Middle East—varying from images of an armed Yazidi woman fighting ISIS and Libyan kids dressed as soldiers, hand sewn on to t-shirts and hoodies. 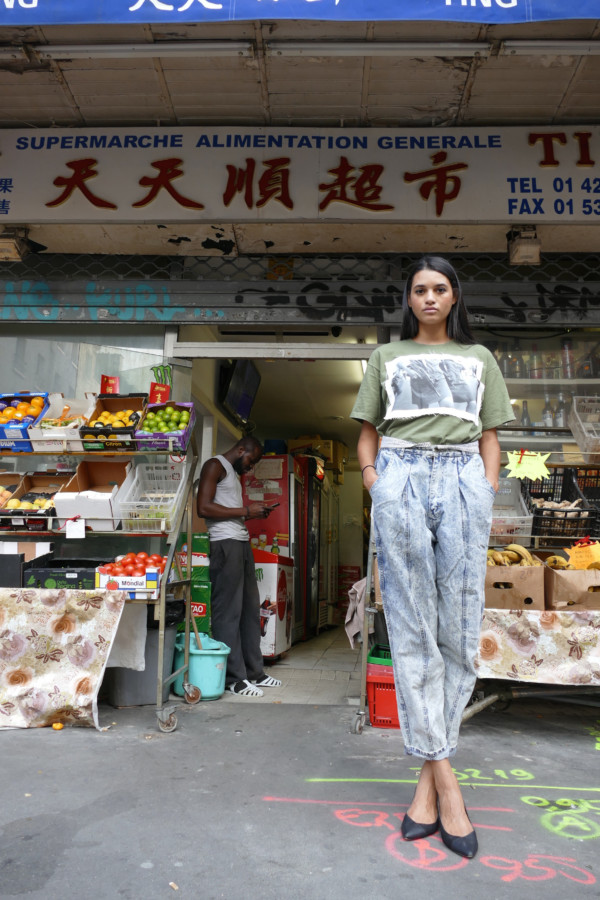 “We know the pictures can seem violent, but they actually portray resistance to violence. We want to fight the stigma around minorities and push people to think critically”, affirms Rizcallah.

In 2017, they once again collaborated with the photographer for the release of their “double-faced” hoodie. Less sensational and more fashionable, the hoodie is nonetheless as much committed to breaking the boundaries. Displaying an Afghan woman wearing a Niqab on one side, and a mannequin wearing make-up on the other, the purpose of this item is to denounce the objectification of women and to reflect on their status and emancipation in modern societies. 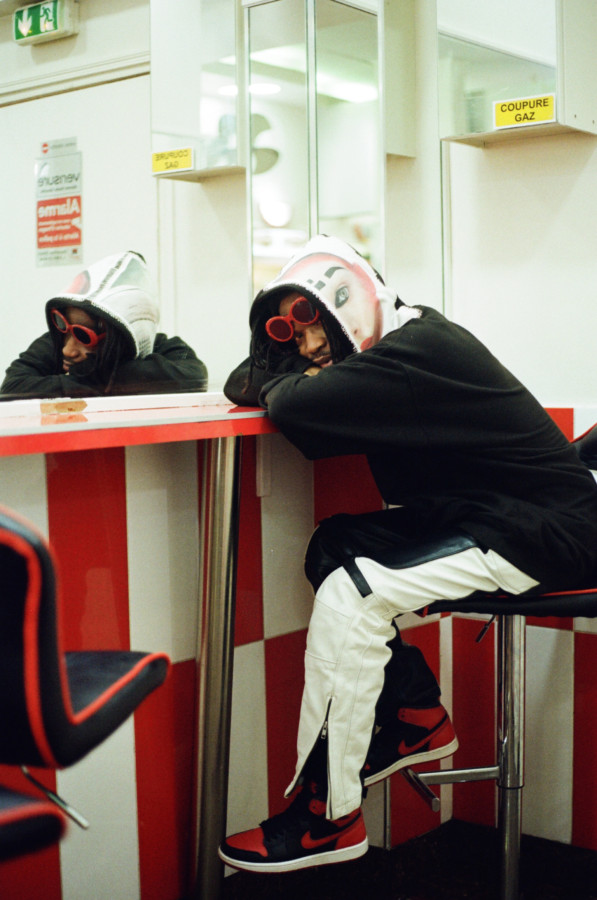 For their latest drop, the two young designers have decided to collaborate with emerging artist Leo Orta, a student at the Design Eindhoven Academy. Together they have created a reconstructed hoodie, customized to be practical but super-comfortable (the hoodie can also be worn as a shoulder bag). 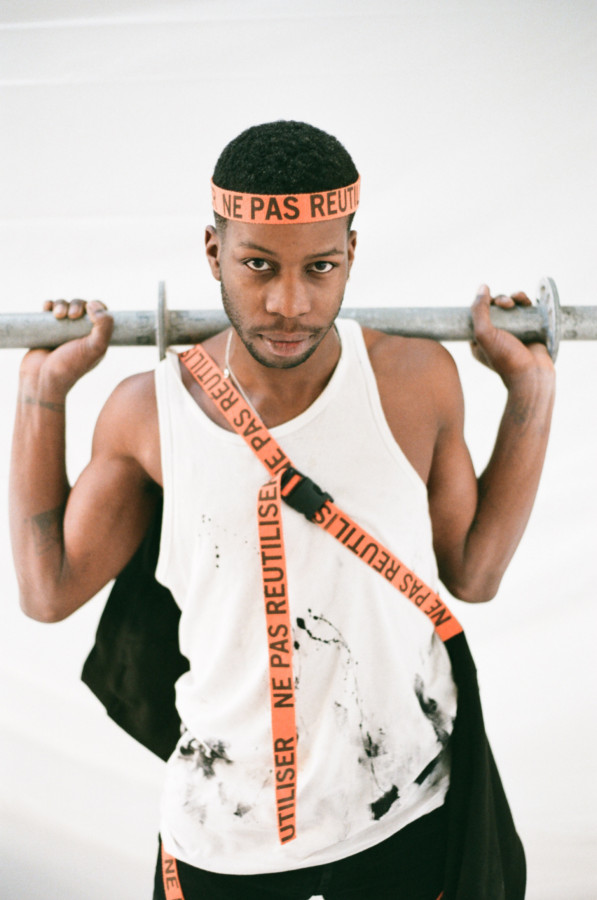