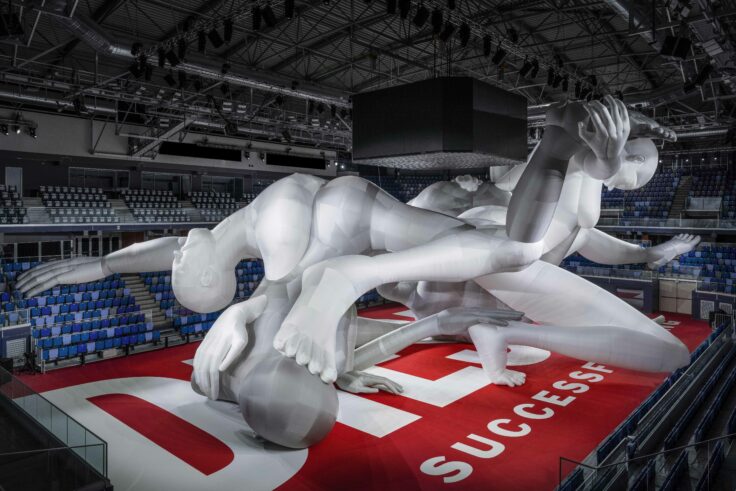 The show did not disappoint

The sky is unusually grey ahead of  Diesel’s spring 2023 ready-to-wear show during Milan Fashion Week on Wednesday. Clocks are about to strike 12:00 p.m., it’s peak hours, and metros are filling up quickly with tourists making their way from all ends of Milan towards the prestigious Duomo di Milano. Invitees are the only ones that seem to be heading in the opposite direction: probably a foreshadowing sign of the unconventional collection that is about to be showcased inside the Allianz Cloud Arena.

The Bregenze-based label, in its second participation at Milan Fashion Week, saw its head designer and creative director Glenn Martens, intrigue show-goers from the presentation’s inception to its IRL delivery. Sat at the helm of the brand made for the bold for the past two years, the Belgian creative is on a mission to revitalize Diesel. In addition to sending out invitations that took the form of an erotic toy (a glass butt plug),  Martens called on some of the planet’s crème de la crème to witness the spectacle unfold. American model Julia Fox, British grime artist Skepta, and part-Algerian chart-climber Lolo Zouai were some of the stellar names that could be seen sat front row, while some of our region’s content creators, including Egyptian-Italian Aya Mohammad, Mohammed Habtoor, the Habdan twins, Maya, and Lana Albeik, were also seen flaunting their latest streetstyle-ready looks at the denim-famed label’s show.

All in all, there was 5,000 attendees— 3,000 of whom were members of the public. Thanks to an online registration system, 1,600 students from various colleges and fashion schools were also able to attend the event (for free), marking Diesel’s official entry into this year’s Fashion Week as one that kept the average consumer— arguably the most important actors of this industry— in mind and involved at all times from the creative process to the exhibiting show.

Milan’s metro is emptying up by the station, and only guests can now be seen left sitting in the depleting carriages impatiently waiting for their stop. The doors open and unleash a crowd that is running up the stairs and hurrying towards the exit to make sure to not miss a second of the action that was about to unfold. Regardless of where people had travelled from, the jet-lag, and the relatively early timing that could’ve deterred more than one, excitement could tangibly be felt around the Allianz Cloud Arena as everyone knew that they were about to receive an extra dose of fuel, specifically Diesel, to top up their personal engines.

At this point, it’s quite difficult to cut through the noise generated by visitors surrounding the premises. Guests were ushered through the dauntingly huge doors to their seats below an inflatable figure (of 37 meters high and 49 meters wide) of bodies intertwined. Turns out, this was the world’s largest inflatable structure, approved by the Guinness Book of Records themselves, who were also present yesterday.

Inside, a screen began the official countdown to the opening look. Starting at 59 seconds, and accompanied by some worrying (to say the least) sirens, models strutted around the runway wearing Diesel’s latest sartorial offering.

The collection was divided into four categories – denim, utility-wear, pop, and artisanal pieces. Through denim, leather, and a spectrum of other laminated fabrics, the ready-to-wear range that was displayed felt like an ode to the Y2K era, emulating some of its signature codes of the 2000s (namely crop tops, minidresses, flared cargo pants, and double denim combos, for instance), spurring them around and giving them an extra edge.

Of course, accessories and footwear were not left aside and in fact, were some of the most spoken about pieces to come out of the collection. Everything from mini bags, high heels, denim boots, and sharp toed crocodile brogans had the entire FROW buzzing.

At times toned down when a little more exuberant at others, Diesel’s spring 2023 collection was a clear success, culminating with a roar of cheers and applause when Martens emerged on the runway to take his end-of-the-show bow. 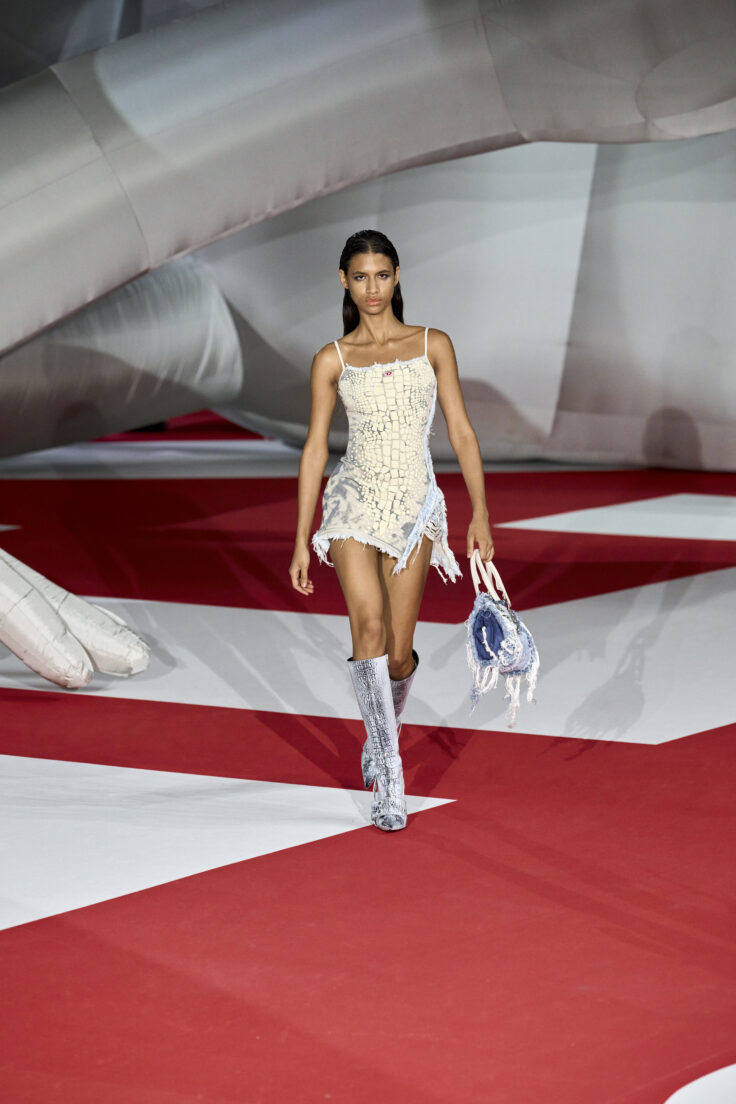 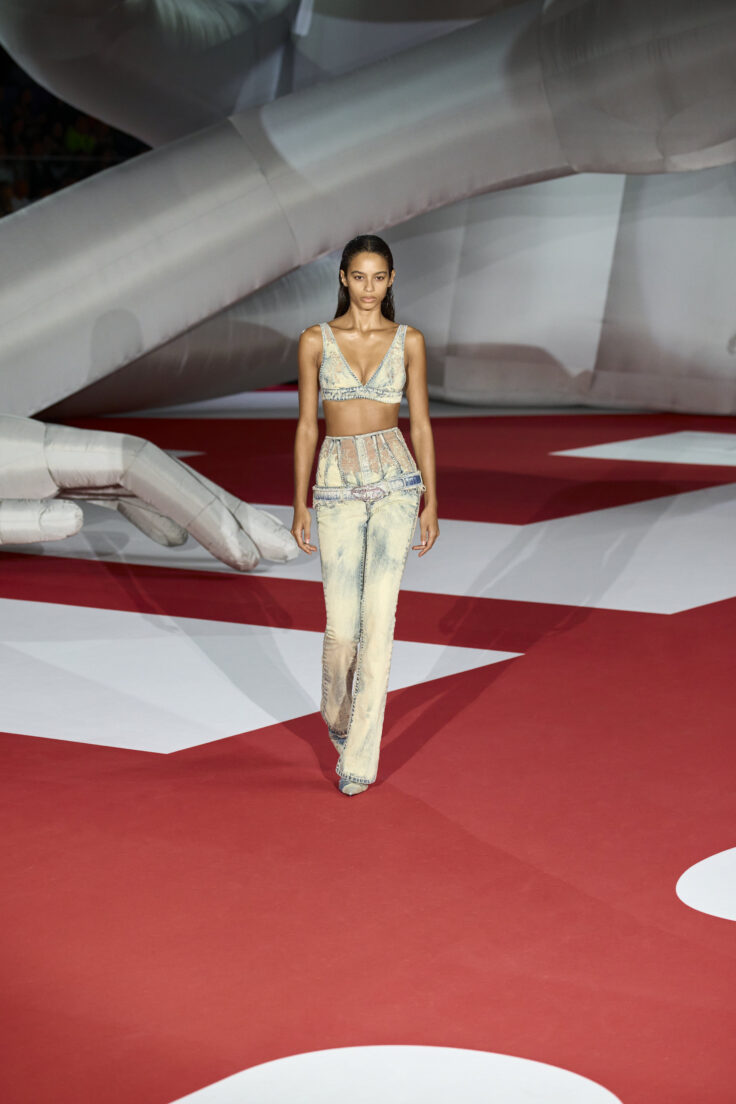 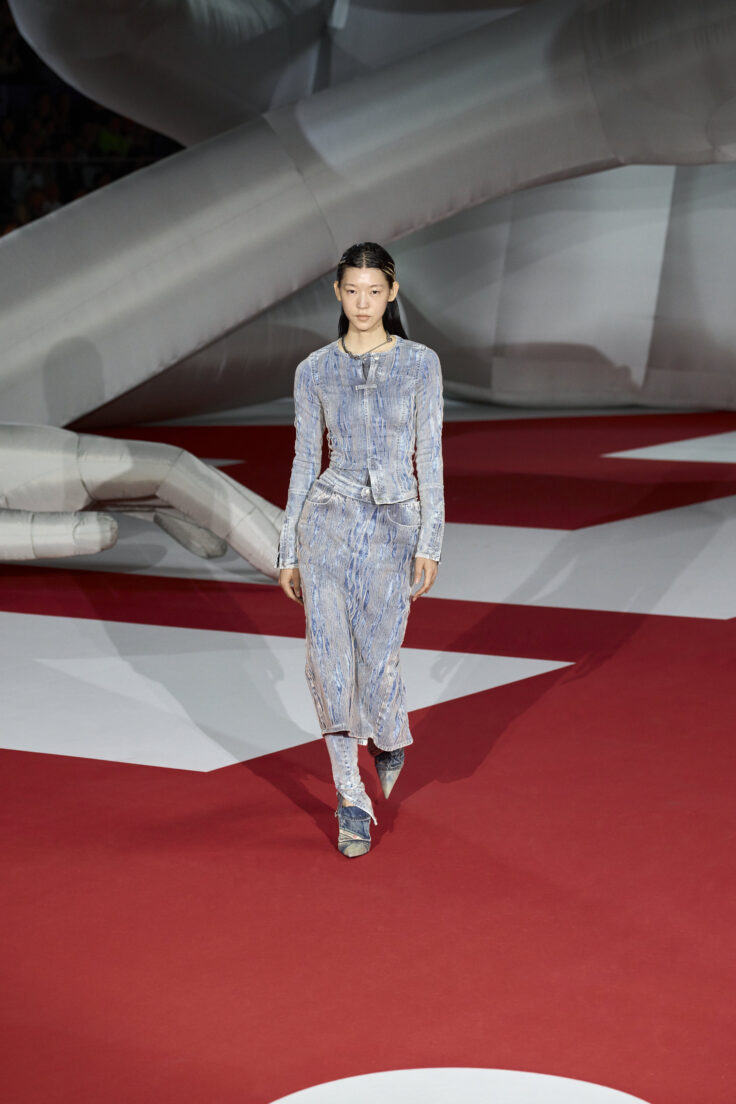 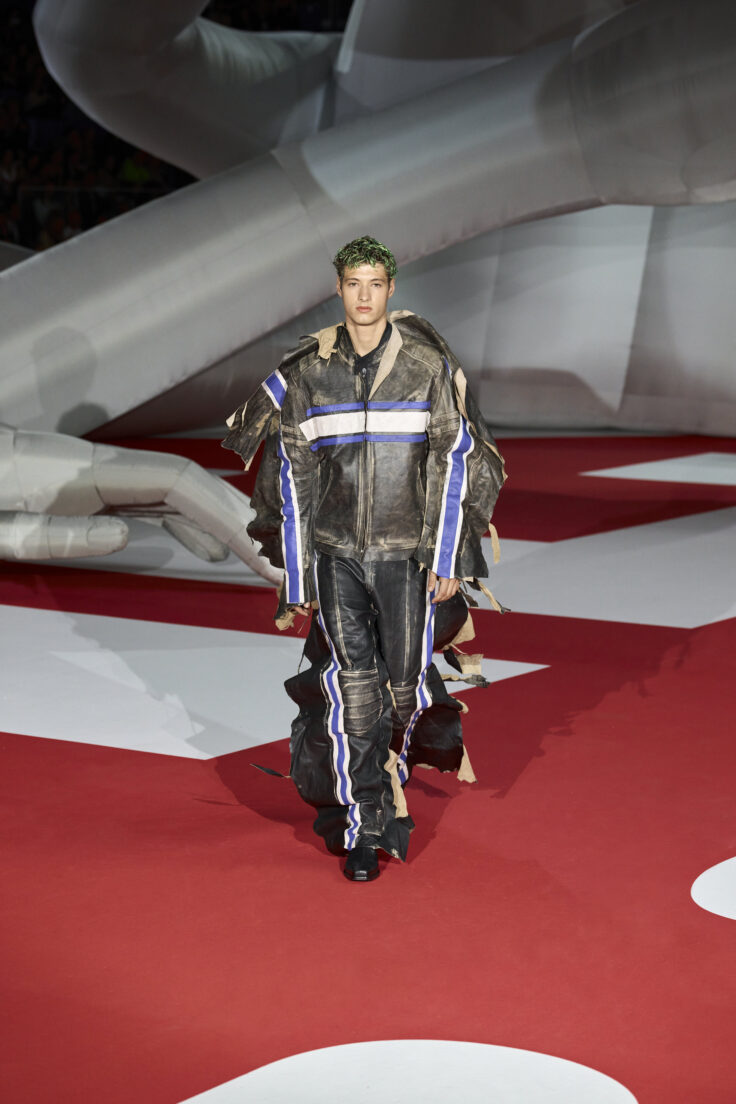 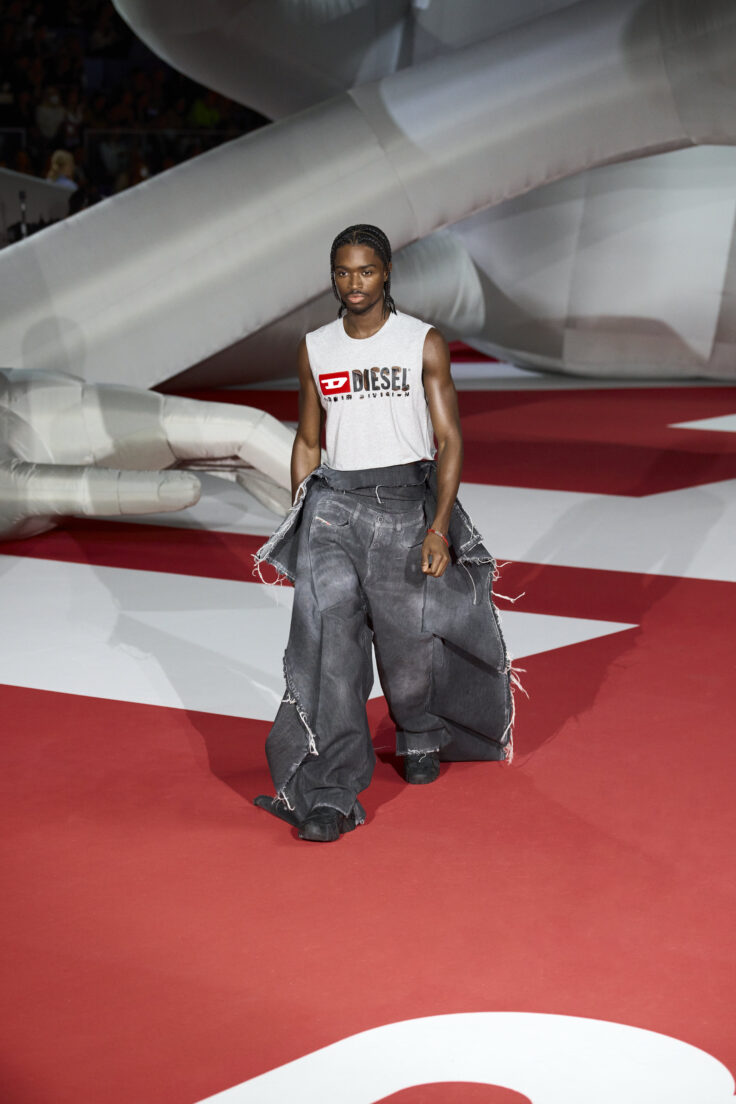