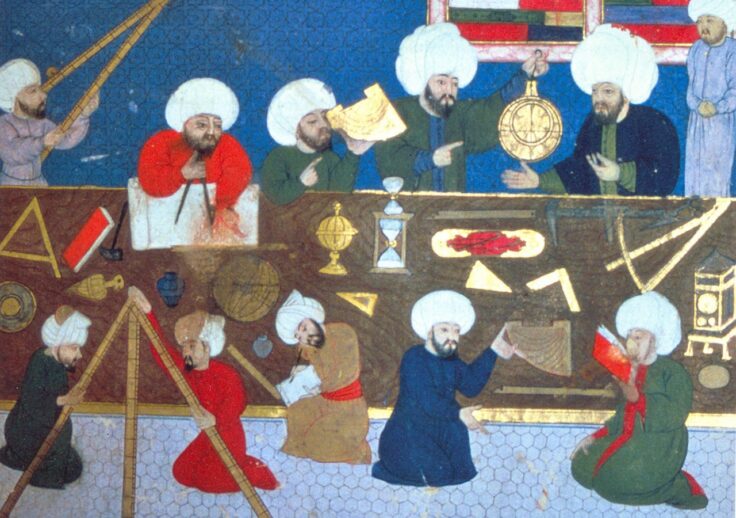 3 Major Facts About Ancient Arabs You May Not Know

We pretty much did everything before everyone else

For millennia the region has been a rich bed of cultural development, technological advancement, and academic prowess. And it’s easy to understand why.

Do you like coffee in the morning? Thank 9th century Yemani traders for that.

You’re going to chill in a cafe? Thank Turkey for the popularization of cafes. The first cafes were frequented by devout Sufis, who saw coffee as a means to stay awake for Fajr prayer. Opening in 1495, Turkey also boasts the oldest coffee shop in the world named Kava Han.

Even our favorite brew, ‘Mocha’, is derived a Yemani port with the same name.

Air travel? Who doesn’t love it? Shout out to Abbas Ibn Firnas for, amongst a myriad other things, propagating the idea that human flight was possible. Yes, this happened in 825 in Al Andalous– beating the Wright brothers by over a thousand years. There’s also a crater on the moon that bears his name. Talk about leaving an impact.

We even invented the reason why I nearly failed high school. Naturally we’re speaking about – Algebra and its scholarly creator, Al Khwarizami.

But these inventions and discoveries are almost like common knowledge at this point. I wanted to investigate some real deep hidden historical gems. So, armed with curiosity, a laptop and a brain full of coffee. I set out to research some unknown gems from the region. Here’s what I found:

1.The Ottoman Empire was LGBTQ+ friendly 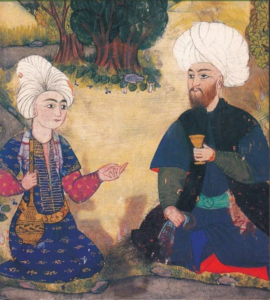 It might be hard to believe that the the largest and longest lasting religious empire in the world decriminalized same sex relationships in 1858, but it’s true. The answer actually lies within the empire’s internal struggles.

It’s widely accepted that during the 1800s, the Ottoman’s once powerful reign in the region was in decline. And rapidly too, there was the rise of the nationalist Young Turk movement internally, and whats more the once faithful countries under the empire, were going through their own respective struggles to throw off their Ottoman oppressors.

It was during the mid 1800s that the government went through a period of reorganization or tanzimat in Othmani. This is where the ageing empire attempted to reinvent itself in order to fit towards a modern demographic, whilst reaffirming their power.

During this process of reorganization, they cast aside some of their older laws in favor of a French-influenced legal and judiciary system. Thus in 1858, with the announcement of constitutional law within the empire, the country adopted new laws, decriminalizing same sex relations in favour of a more liberal legal system.

This law remains in effect, in theory, until this day. 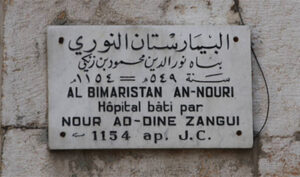 One usually associates the past with health problems that are easily cured by modern medicine. However not so much in the case of the ancient world. Not only does the region boast some of the oldest hospitals in the world, but we also invented universal healthcare. Let me explain.

In 805 the first general hospital was constructed in Baghdad, Iraq by Haroun Al Rashid, this early general hospital was intended to treat the sick and diseased, whilst also providing its patients a stipend to support their families back home. Yes, they literally paid you to be in the hospital.

Fast forward 100 years, and we see further development, with five hospitals in Baghdad and six in Damascus. In the 1400’s the Andalusian city of Córdoba boasted over 50 major hospitals, which, for its time, was a crazy amount.

Hospitals were forbidden by law to turn away patients who were unable to pay, part of the state budget also went towards maintaining hospitals. Its services were largely free for all citizens.

Moving on to surgery we meet Al Zahrawi; this man is acknowledged as being not only the father of modern medicine but also most medical practices. In the year 1000 he wrote the first edition of Kitab Al Tasrif, which is the first academic publication with a medical focus ever written. He proceeded to write 30 editions of Kitab Al Tasrif which thoroughly documented surgical practices, ophthalmology, pathology and even pharmacology.

It’s safe to say that Al Zahrawi was a true egalitarian and upholder of the Hippocratic oath, championing the idea of preservation of life by all means, and further propagating the notion of early universal healthcare by treating all, irregardless of gender, age or social status. 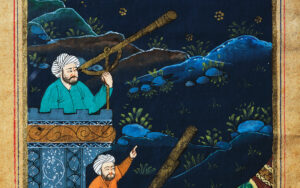 This is hard to understand with our modern interpretation of Astrology. Our ancestors probably didn’t know much about the deeper ramifications of dating a Cancer. But, what they did do, is lay the groundwork that allowed us to have this conversation today.

It’s earliest recordings came from urgency rather than leisure; early astronomers, mathematicians and philosophers devised plans to plot the sun’s movement in order to keep track of prayer times, and also to indicate the start of Ramadan.

Astrology came to true prominence around the 9th century and continued in prevalence many years after. One of it’s most prominent works was Kitab Fi Jawami written by Al Farghani, in this book he attempted to, in his own words, explain the knowledge that came before him, and also to provide a springboard for his own theories. This book was largely circulated, and even translated into Latin.

Finally, Ibn Hazm was the first to suggest that the earth was spherical. Beating Galileo to his realization by 500 years. He also calculated circumference to be 40,253.4km in the 9th century which, for those who didn’t pay attention in science class, is less than 200km out of the modern measurement.

We even named the stars, again, something that we have proudly achieved, but history has forgotten.