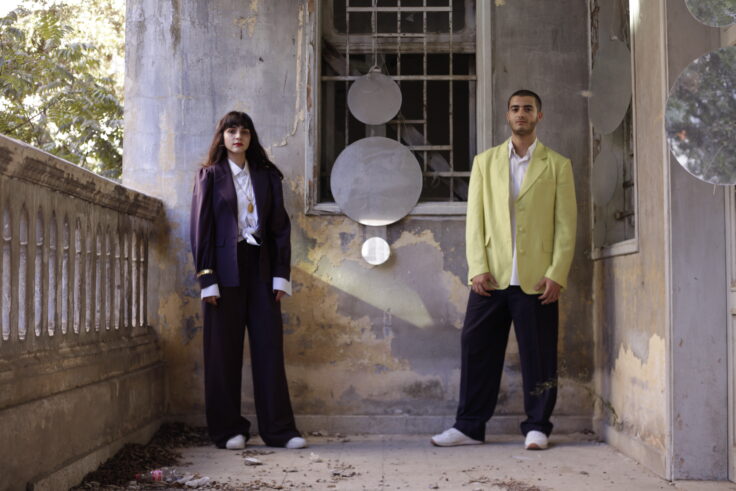 Meera Adnan defiantly celebrates the resilience of the Palestinian people

Gaza is often referred to as “the world’s largest prison”. This is a place where two million people live on a tiny slice of land, under blockage, where confrontations with Israel last week ended up with killed 32 on the strip alone.

And this 27-year-old designer has found her own way of fighting back— by making clothes.

“Fashion is fluid, unconventional, powerful, and so is the culture of the new generation in Gaza who are trying to challenge both political restrictions and social conventions”, she says, discussing the rebellious spirit that is at the heart of her practice and community.

As a third generation child of refugees (she was born in Saudi Arabia and moved to Gaza in 2004) Adnan Albaba has been attuned to the complicated notion of identity politics, long before it even became a thing in fashion.

Fashion became a way for her to explore her identity and subvert ideas of both Palestinian femininity and masculinity, showcasing on one hand a vision of men that is soft and sweet, and on the other, a vision of women that is strong, independent and breathtakingly beautiful. Phrases like, “Smooth as silk, sweet as honey” can be read on her men’s t-shirts.

With her designs falling somewhere between subtle and statement making, her eponymous brand is all about changing the conversation. Channelling the romantic spirit of Gaza’s oft forgotten past; she has crafted a nostalgic aesthetic with her designs.

“In this collection I was inspired by Palestine during the 80s, before the first uprising in 1987”, she says before adding, “women used to wear plain knee-length skirts, oversized blazers, puffy-sleeved dresses, with white babushka-styled headscarves. Men wore bright-coloured trousers with loose shirts.” 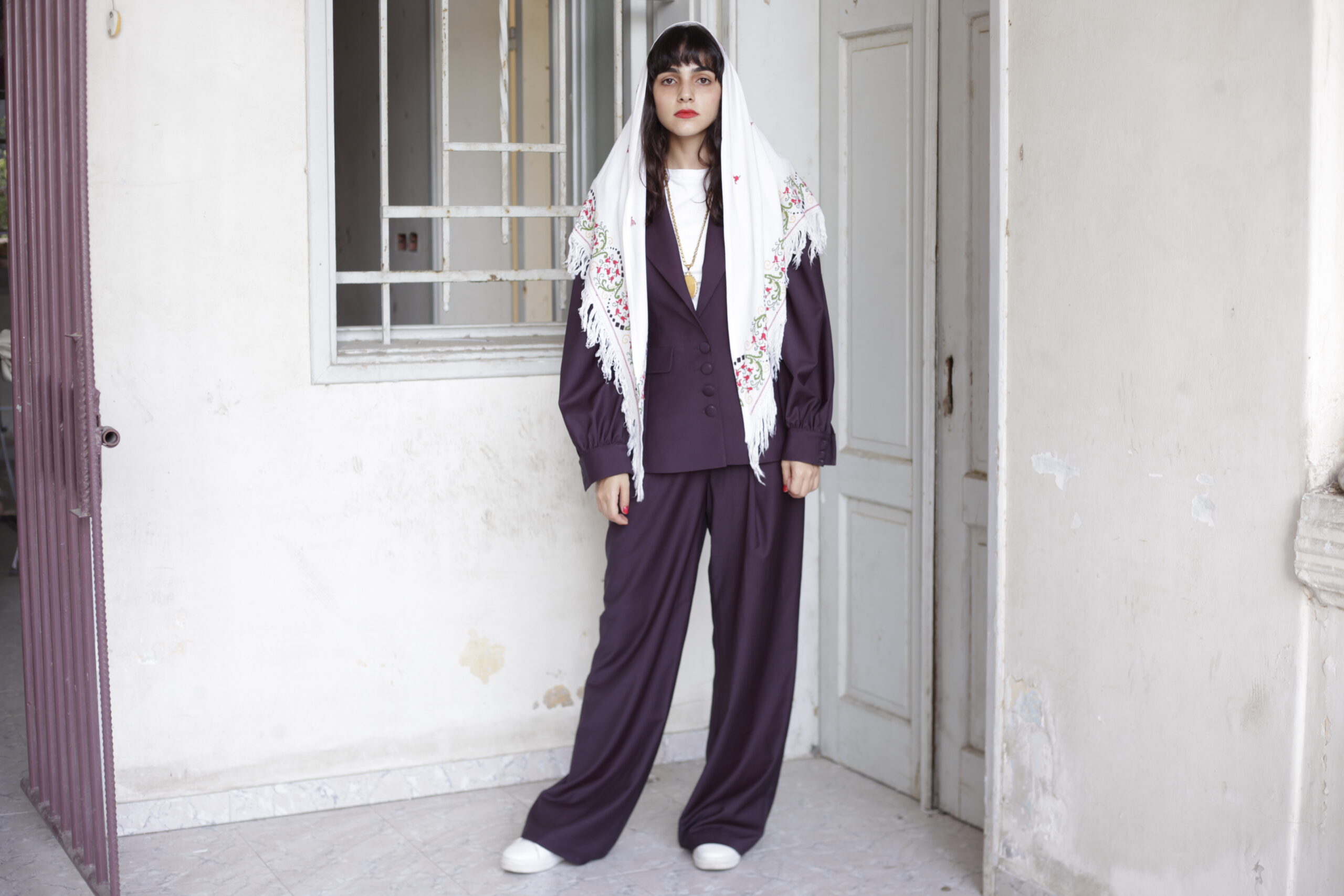 Exploring the past isn’t an act of resignation for Adnan Albaba. It is an act of pride and hope; it is about perseverance and remembering that just as Palestine was a land of happiness, where dreaming of a better future was possible. In 2019, it can still house the youth’s dreams of a better tomorrow. “I am hoping that soon enough I can start fully producing from Gaza city to the world”, she continues.

Adnan Albaba might navigate a chaotic world, but her relaxed suiting is soft and fluid. By representing a multi-layered Palestinian identity—one that is rarely seen—her brand feels refreshing and powerful. 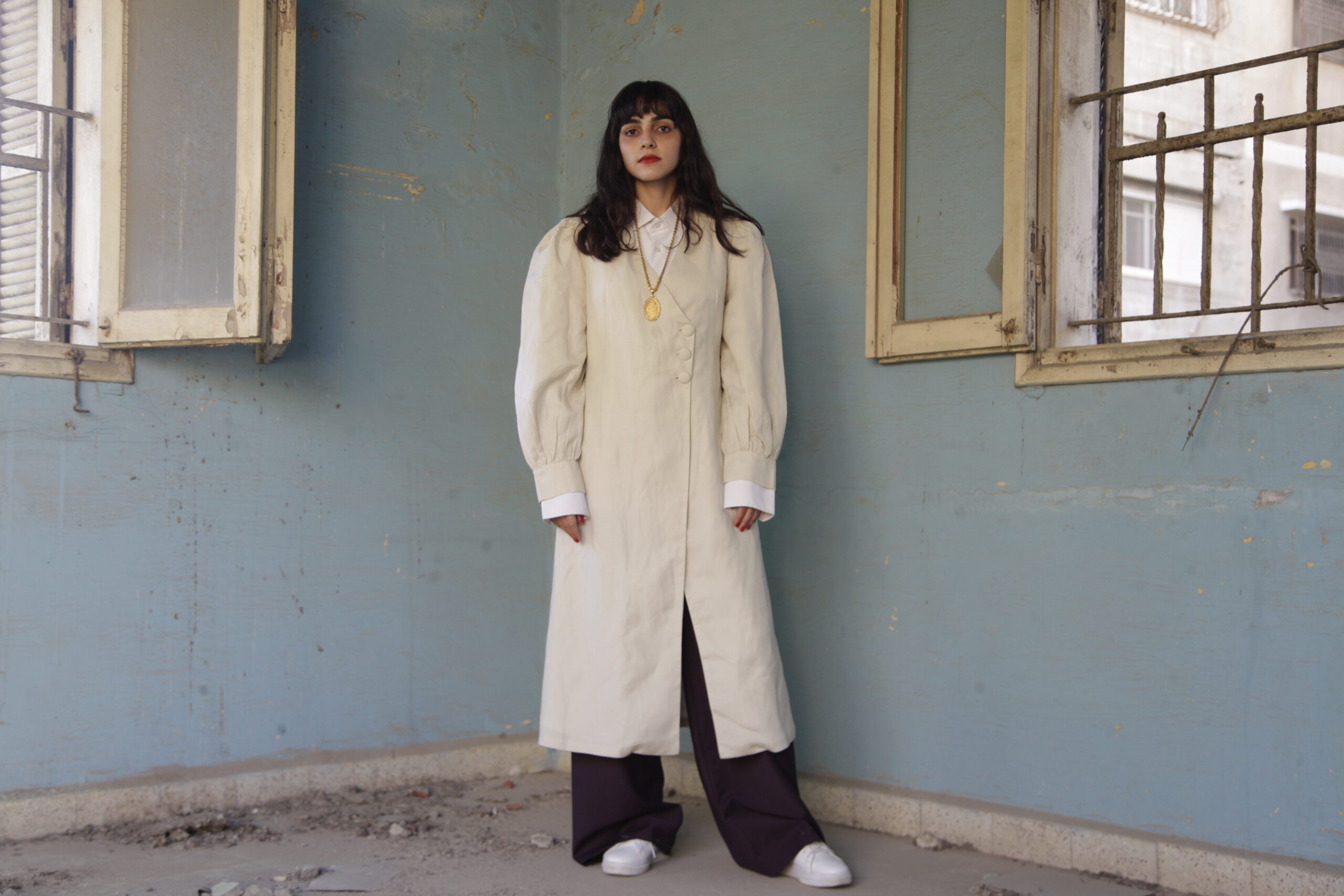 Navigating a war-torn, conservative society is anything but easy, but Albaba is constantly inspired by her people’s resilience. She has found the courage and creativity to stage a rebellion against the status quo. “After siege, conflict, three wars, and countless escalations, Gaza still acts like a rebellious teenager with nothing to lose”, she says.

Unwavered by any expectations, Adnan Albaba is creating on her own terms. And as she defines the future of Gaza fashion, she is a reminder that we should all dare to dream big. “We owe it to ourselves to be optimistic because we are determined that we do deserve better.”