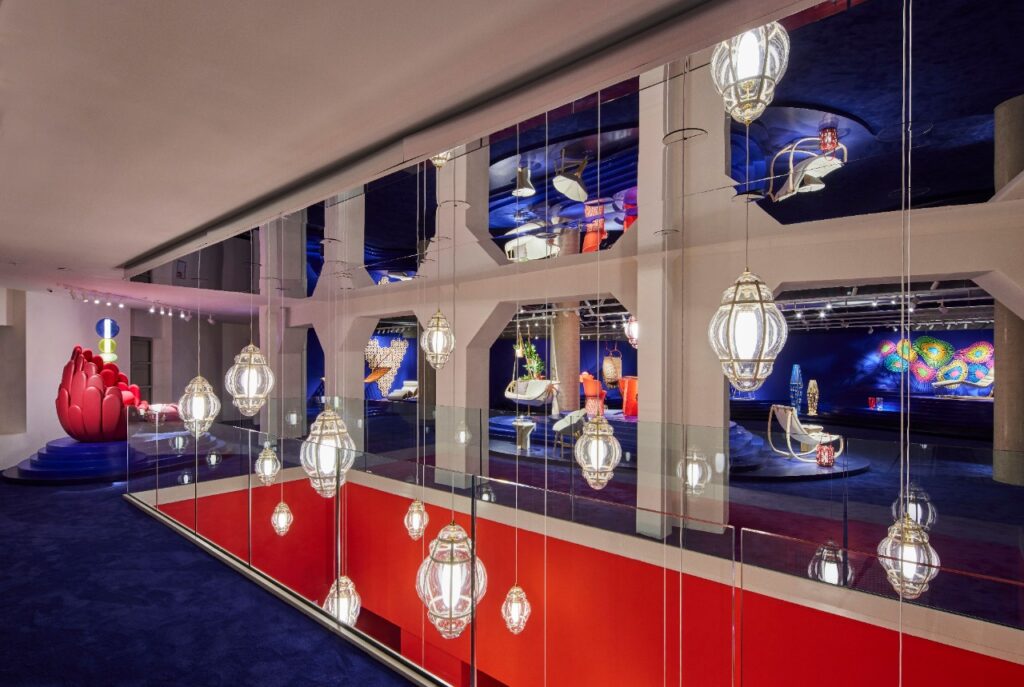 From Instagramable cafes to designer chairs

Following two pandemic-induced cancellations, the much-anticipated Salone del Mobile (also known as Milan Design Week) returned to its regular format for its 60th edition in Milan this week, offering a major platform to fashion houses to wow attendees with creative collaborations, installations and Instagramable pop-ups. From homeware to exhibitions, read on for the five fashion happenings you don’t want to miss at the 2022 Salone del Mobile. 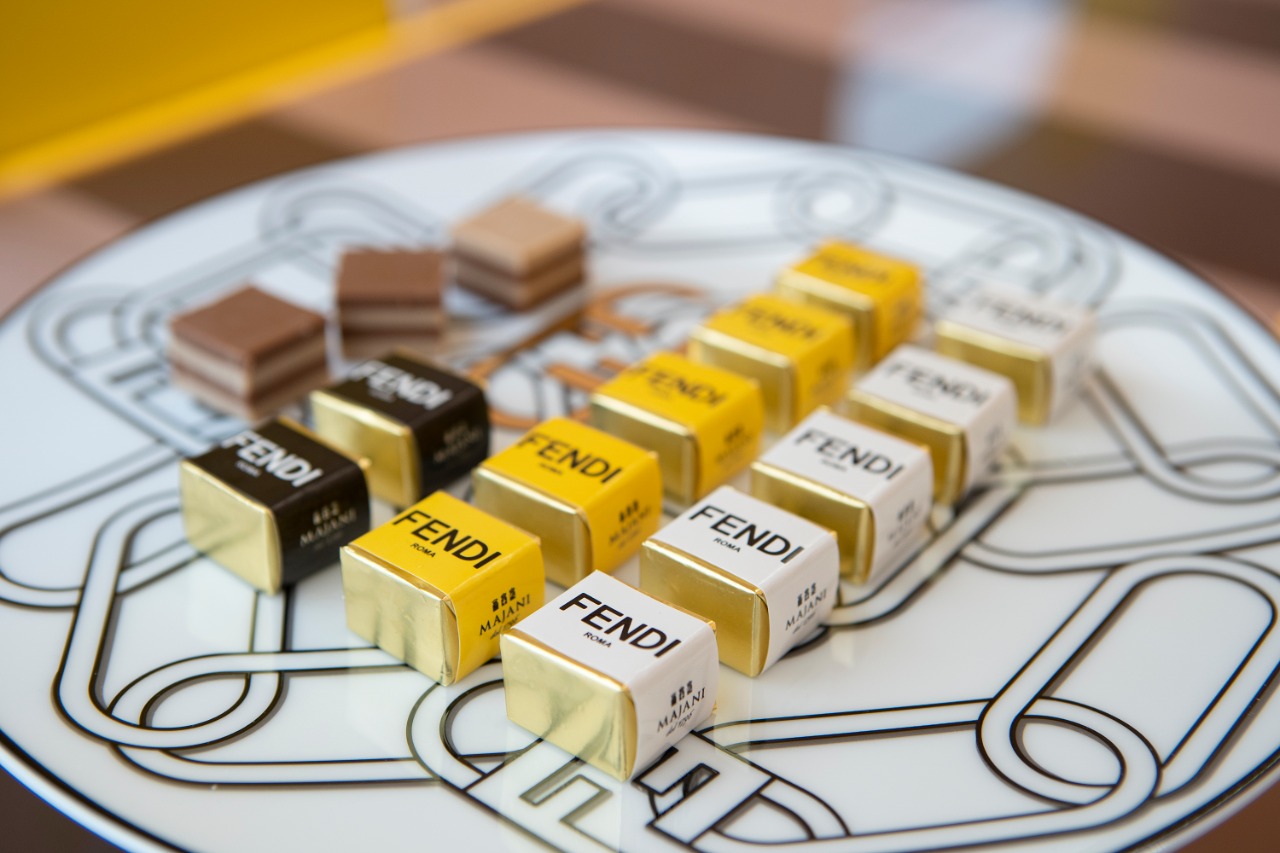 The Rome-based luxury brand has opened the Fendi Bar, a temporary re-interpretation of the iconic Fendi café. The space, situated in the courtyard of the Fendi boutique in Via Montenapoleone 3, is open to the public until June 12.

Inspired by the house’s codes, interpretations of the brand’s O’Lock logo, Pequin stripes and the signature Fendi yellow are present throughout the interior and exterior in the form of the wallpaper, counters and stools, flooring and more. As for what’s on the menu, expect authentic Italian coffee bearing the ubiquitous FF logo coffee served in white Fendi branded porcelain cups, which are an exclusive preview of the brand’s Art de la Table collection launching this October. In addition to a steaming cup of joe, guests can also choose from an array of mouth-watering breakfast and lunch items on the menu. 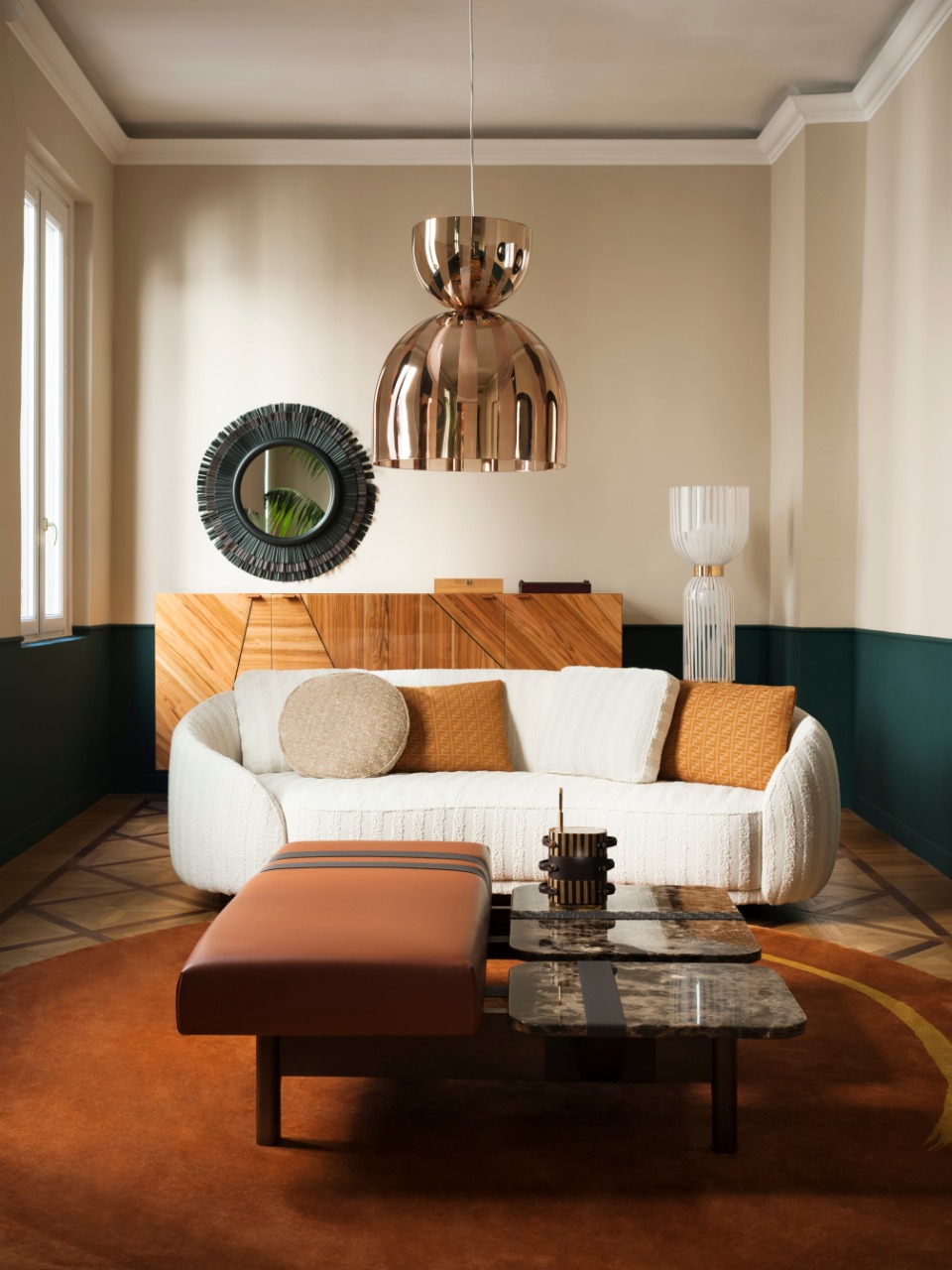 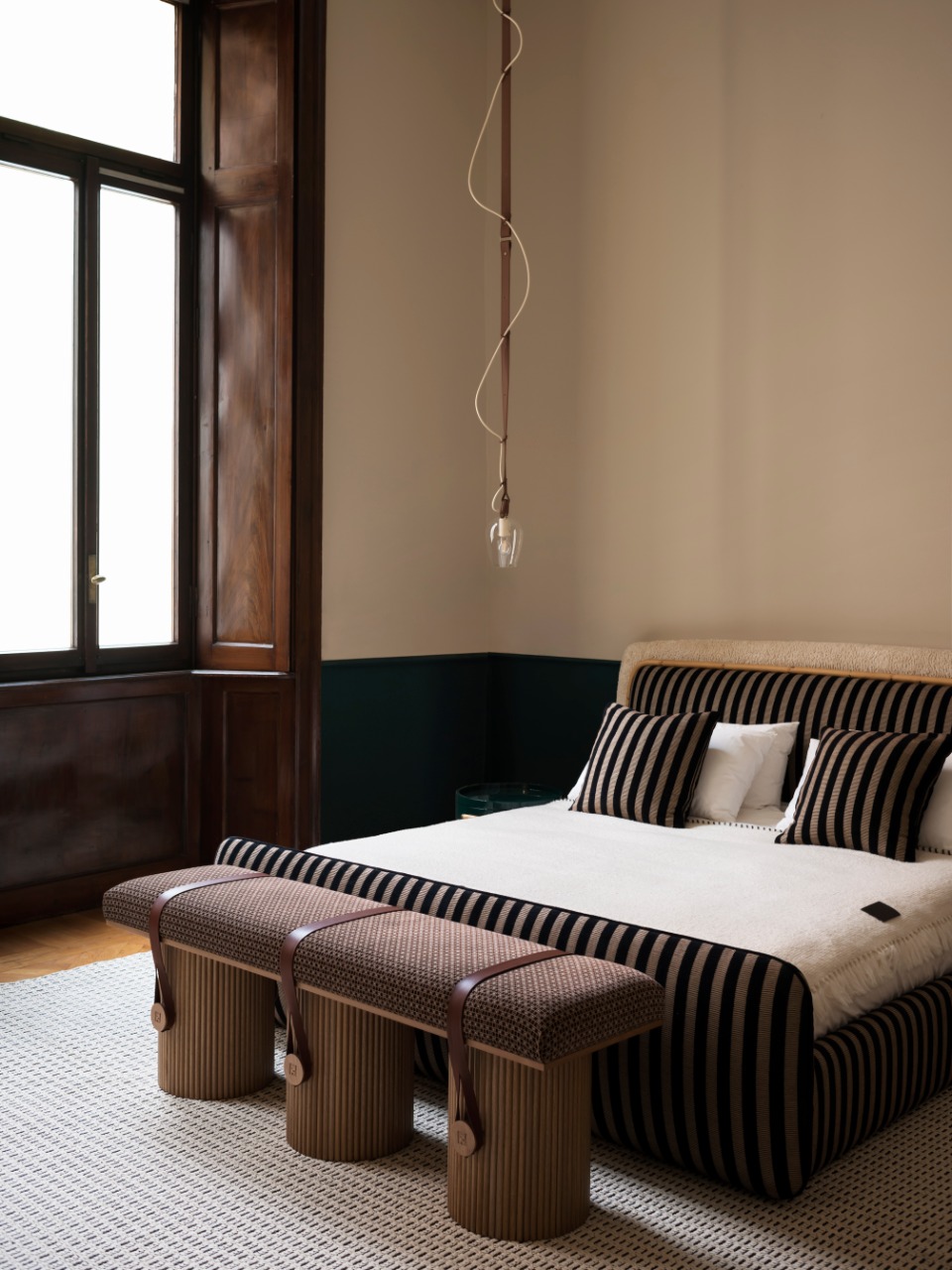 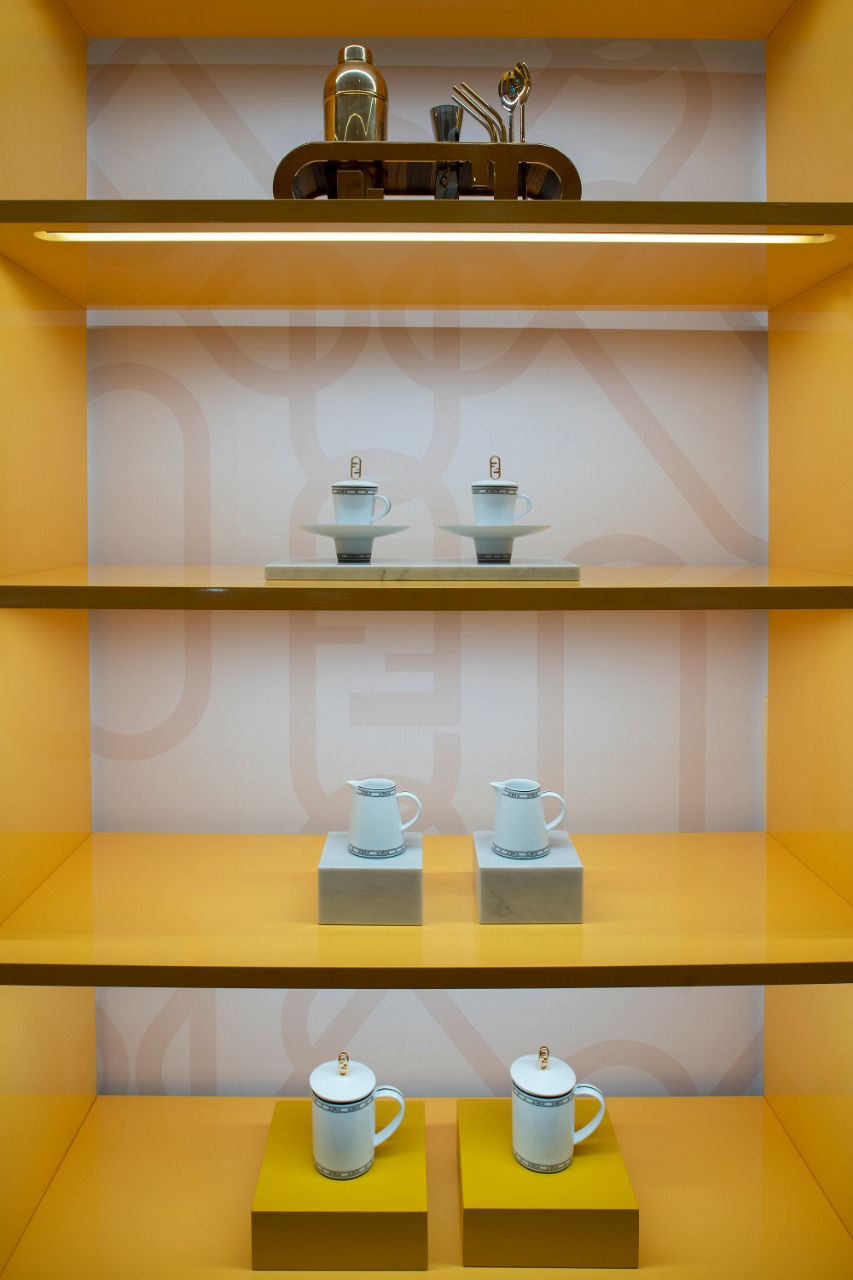 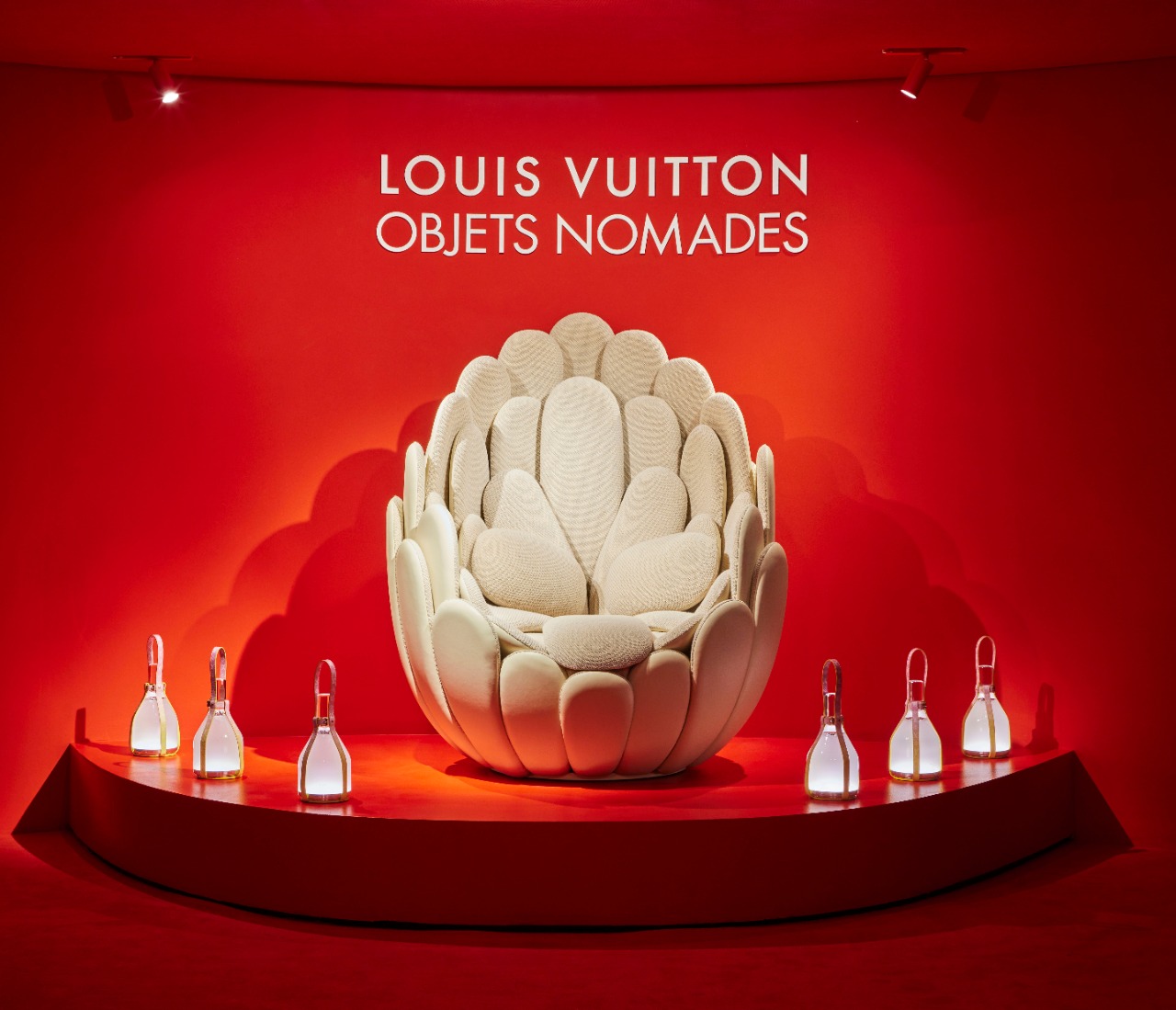 Since its inception in 2012, Louis Vuitton’s Objets Nomades collection of furniture and objects has continued to impress, featuring pieces such as Atelier Oi’s leather hammock, the Campana brothers’ quirky sofas and India Mahdavi’s foldable tray table, among others.  These and more are being displayed at an exclusive exhibition space in the iconic Garage Traversi showcasing a wide selection of pieces from the collection (including eight new works that are making their debut), designed by 14 skilled designers over a span of a decade. The striking collection is made up of over sixty pieces created by a roster of international designers that includes Patricia Urquiola, Raw Edges, Atelier Biagetti, Zanellato/ Bortotto, Andrew Kudless, Tokujin Yoshioka, Frank Chou, Nendo, Damien Langlois Meurinne, Barber & Osgerby, and Marcel Wanders Studio, among others. 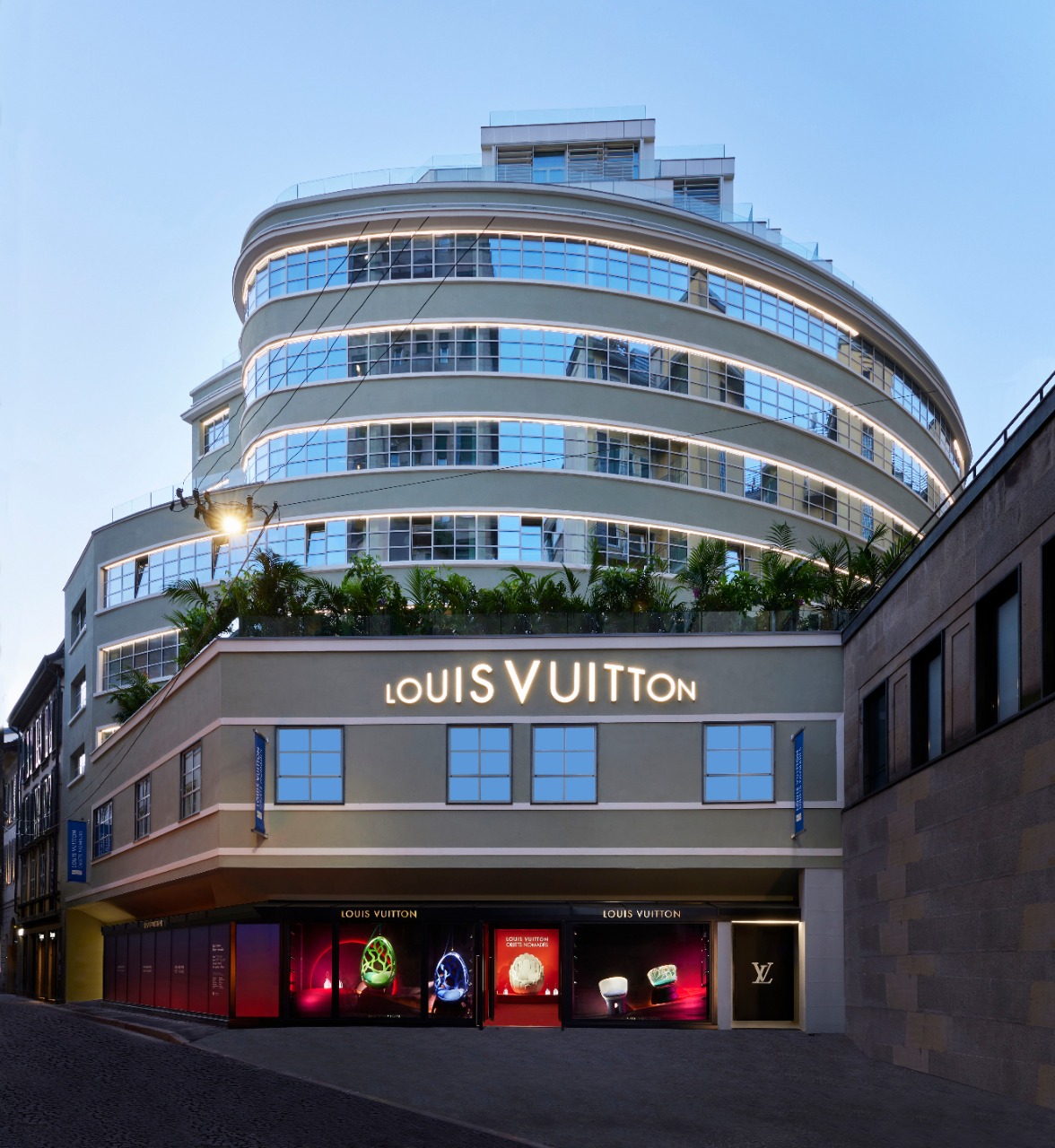 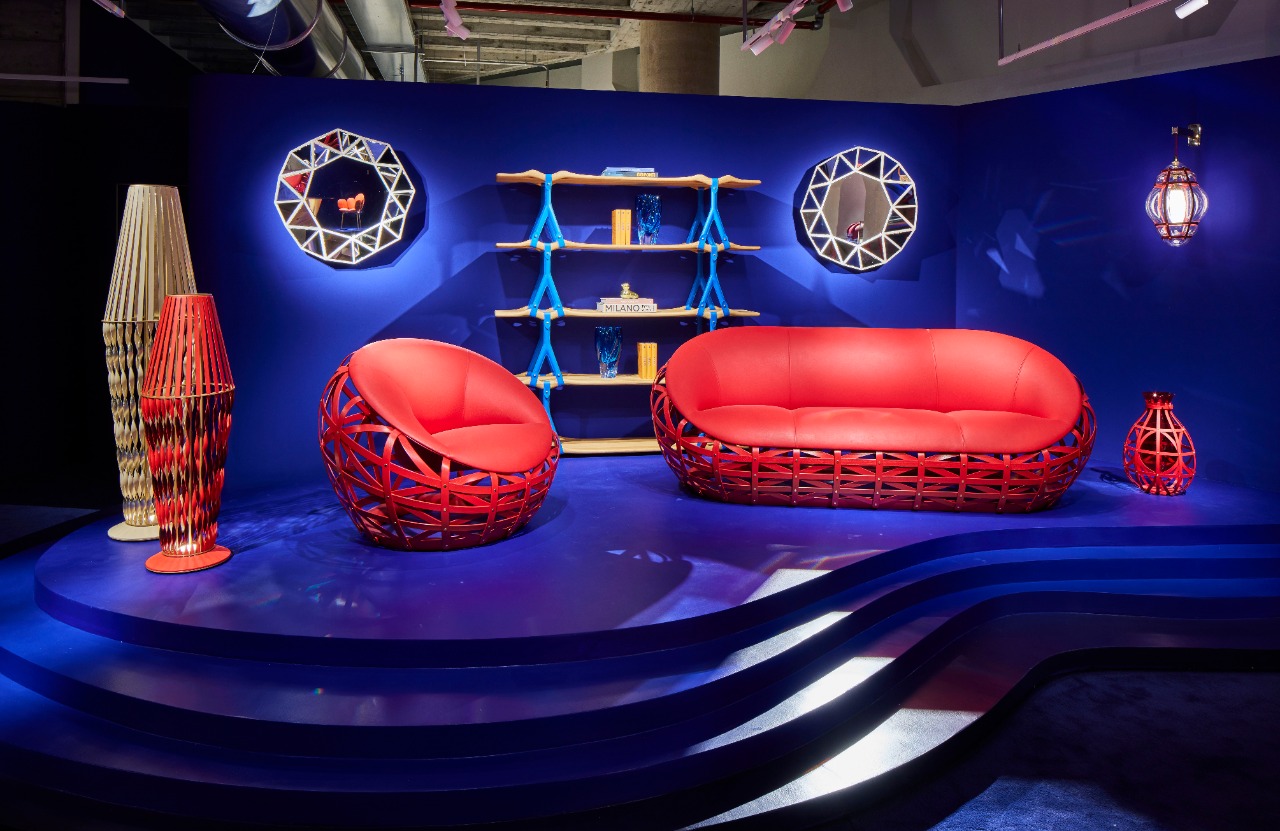 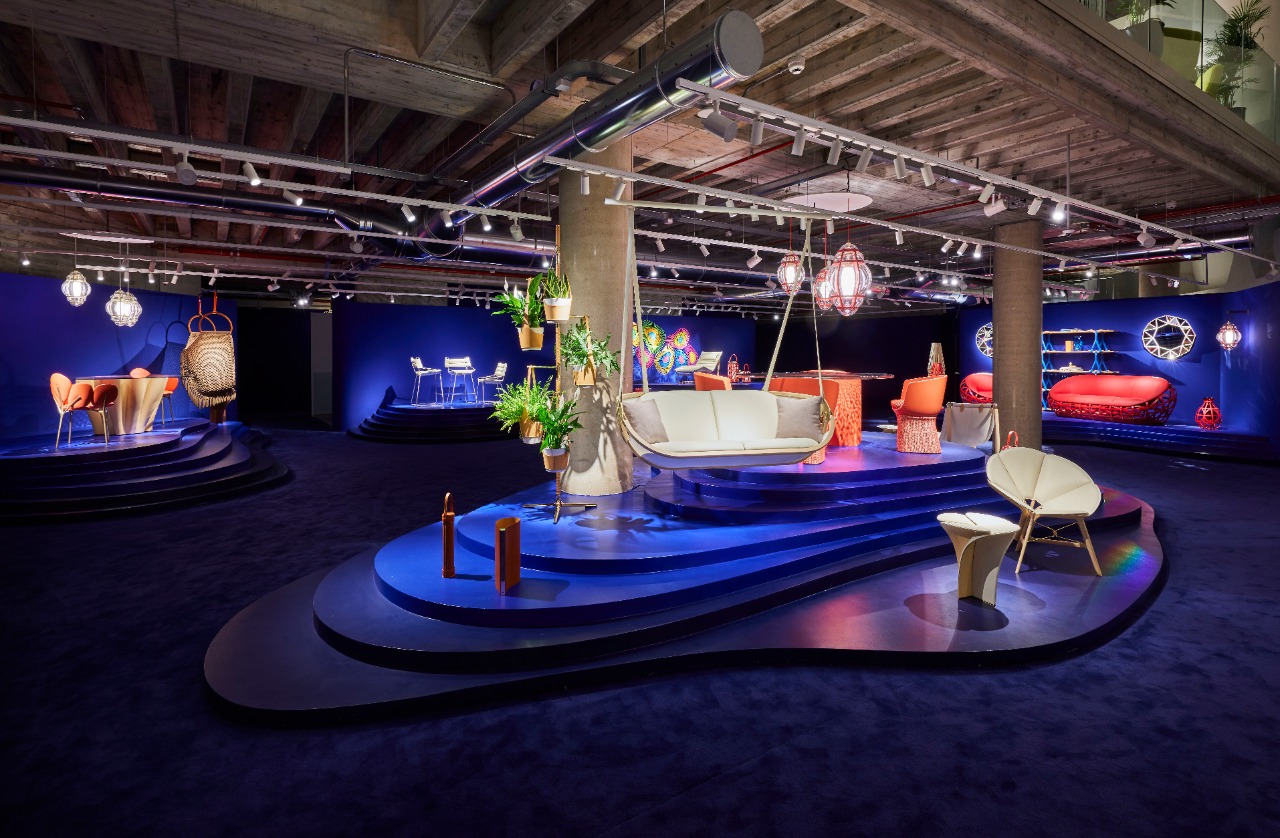 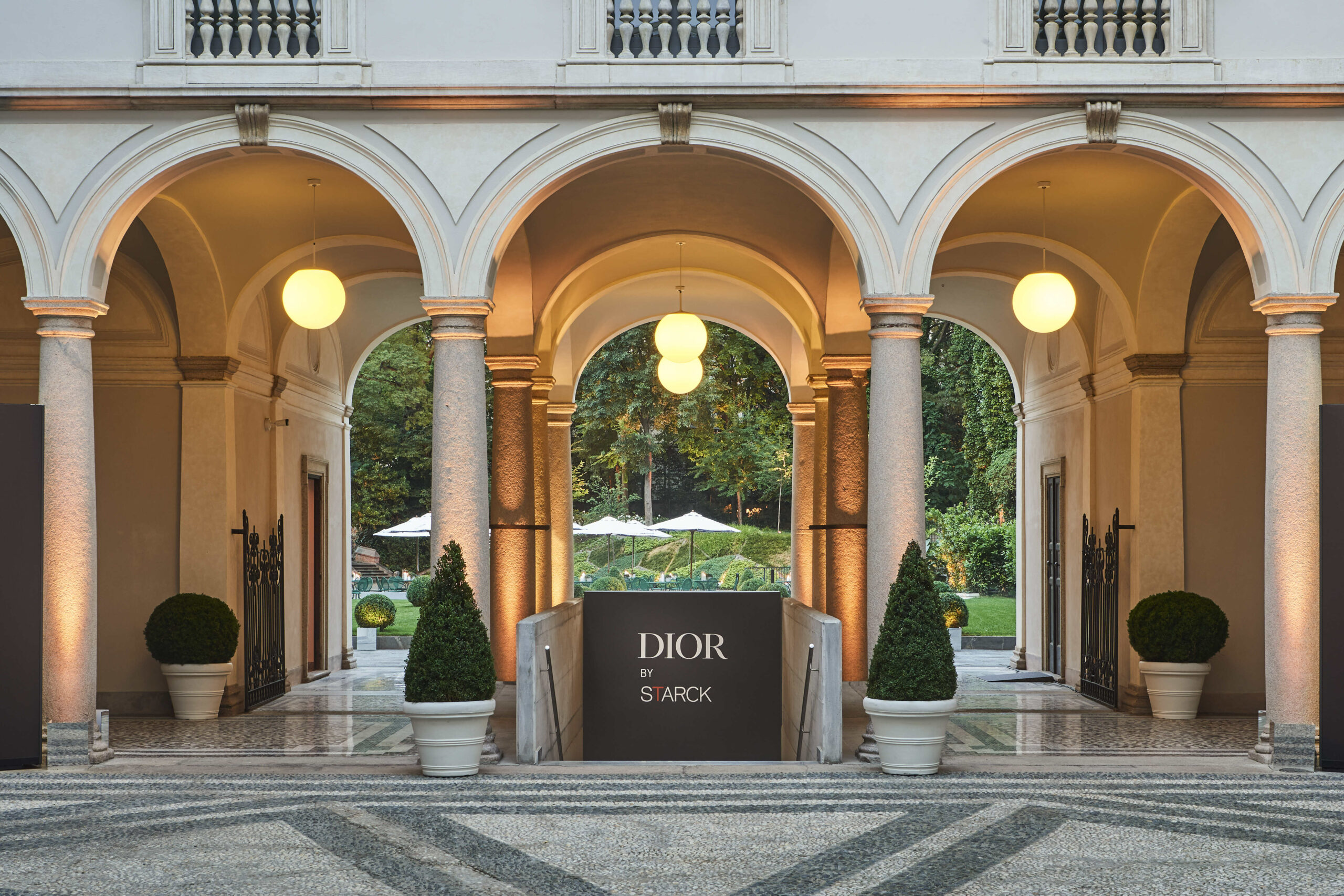 For this year’s edition of the art fair, Dior commissioned French industrial architect Philippe Starck to reinterpret the Medallion chair, one of the French label’s oldest and most iconic objects. Breathing new life into the historic piece, the renowned designer dreamed up 24 iterations of the chair all named “Miss Dior”. Dating back to the 18th century, the Louis XVI Medallion chair design featured an oval back surmounted by a bow and was intended to seat guests at Christian Dior’s fashion shows decades ago. Starck’s contemporary reimagination is streamlined and whimsical, swapping out the traditional wooden frame and fabric upholstery in favor of plane rose, copper, black chrome, and gold aluminum finishing. If you’re in Milan, you can view the chairs between now and June 12 in the lower level of the Palazzo Citterio, where all 24 pieces are being exhibited. 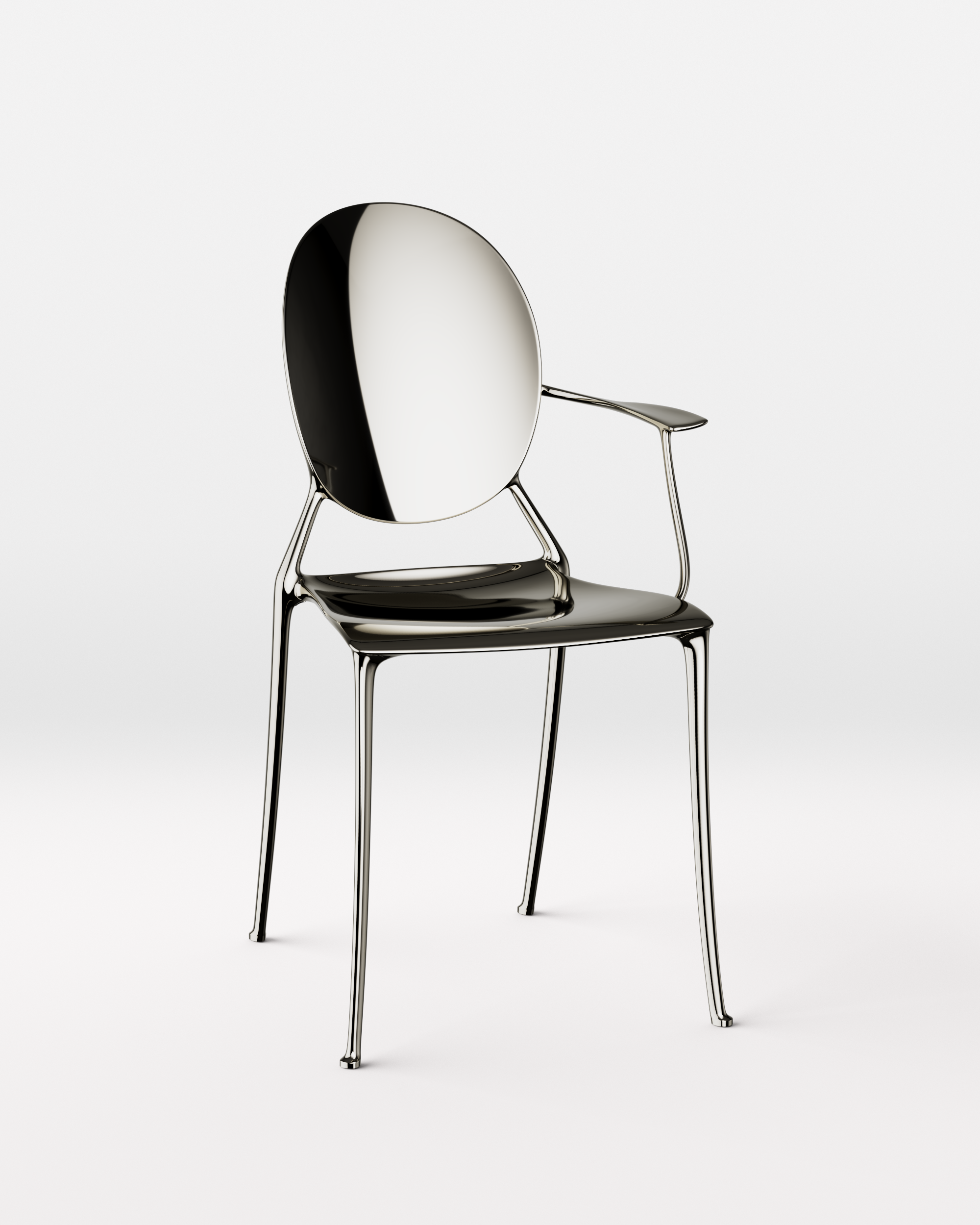 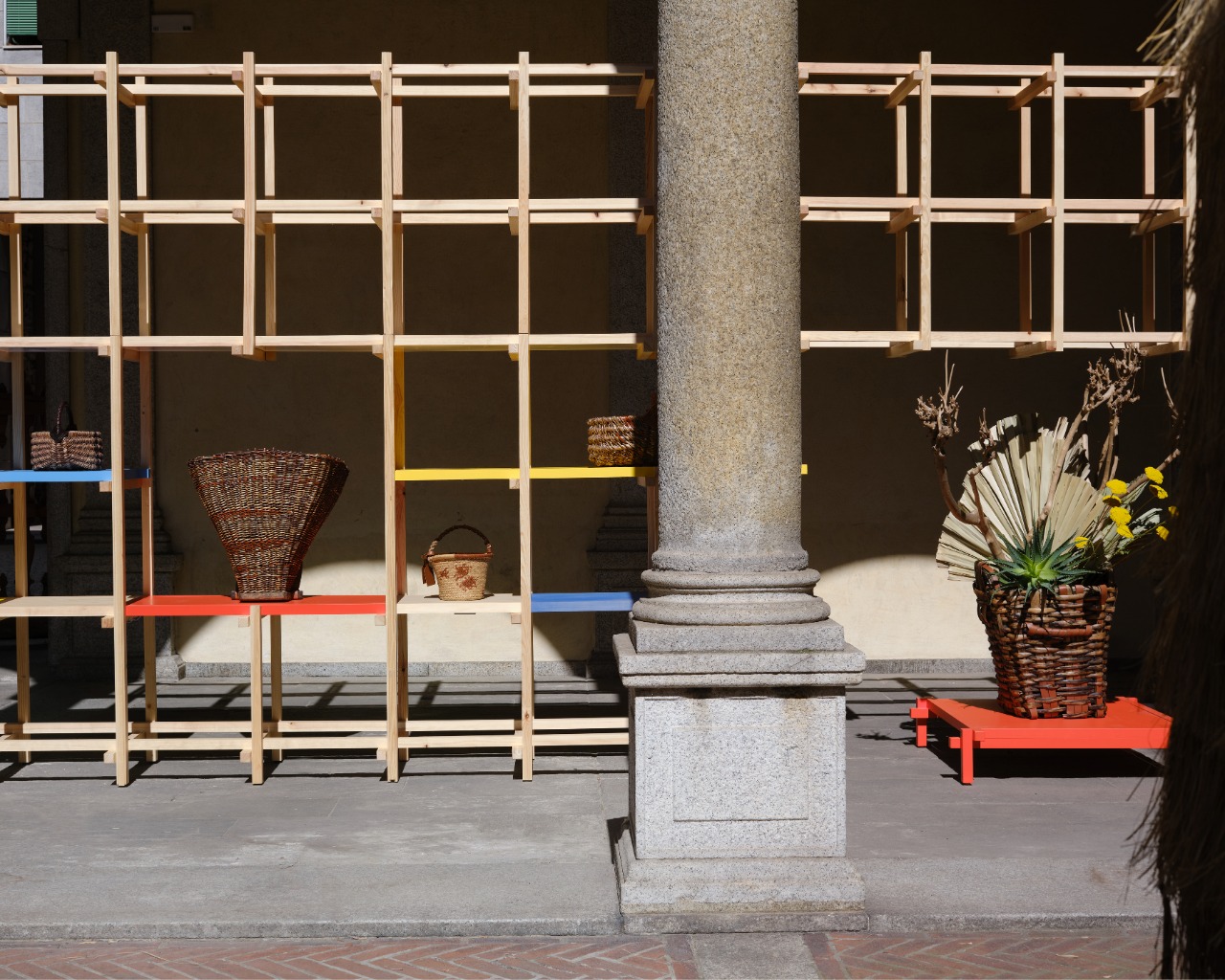 For its sixth appearance at the annual design fair, Loewe introduced Weave, Restore Renew, an initiative designed around the idea of breathing new life into objects that may have been forgotten or discarded by turning them into fresh, unique pieces. This year, the brand collaborated with artisans to restore and revive antique woven baskets using traditional weaving techniques, including the Galician straw-weaving tradition known as Coroza and the Korean technique of paper weaving known as Jiseung. The result was a collection of straw, raffia, and wicker bags reimagined with leather that perfectly represent the past and present. Young Soon Lee, Loewe’s 2019 Craft Prize finalist teamed up with creative director Jonathan Anderson on the collection to churn out a series of bucket bags, meanwhile the striking fringed bags were the brainchild of Galician artisan Alvaro Leiro. Each of the limited-edition bags from the collection can be purchased online. 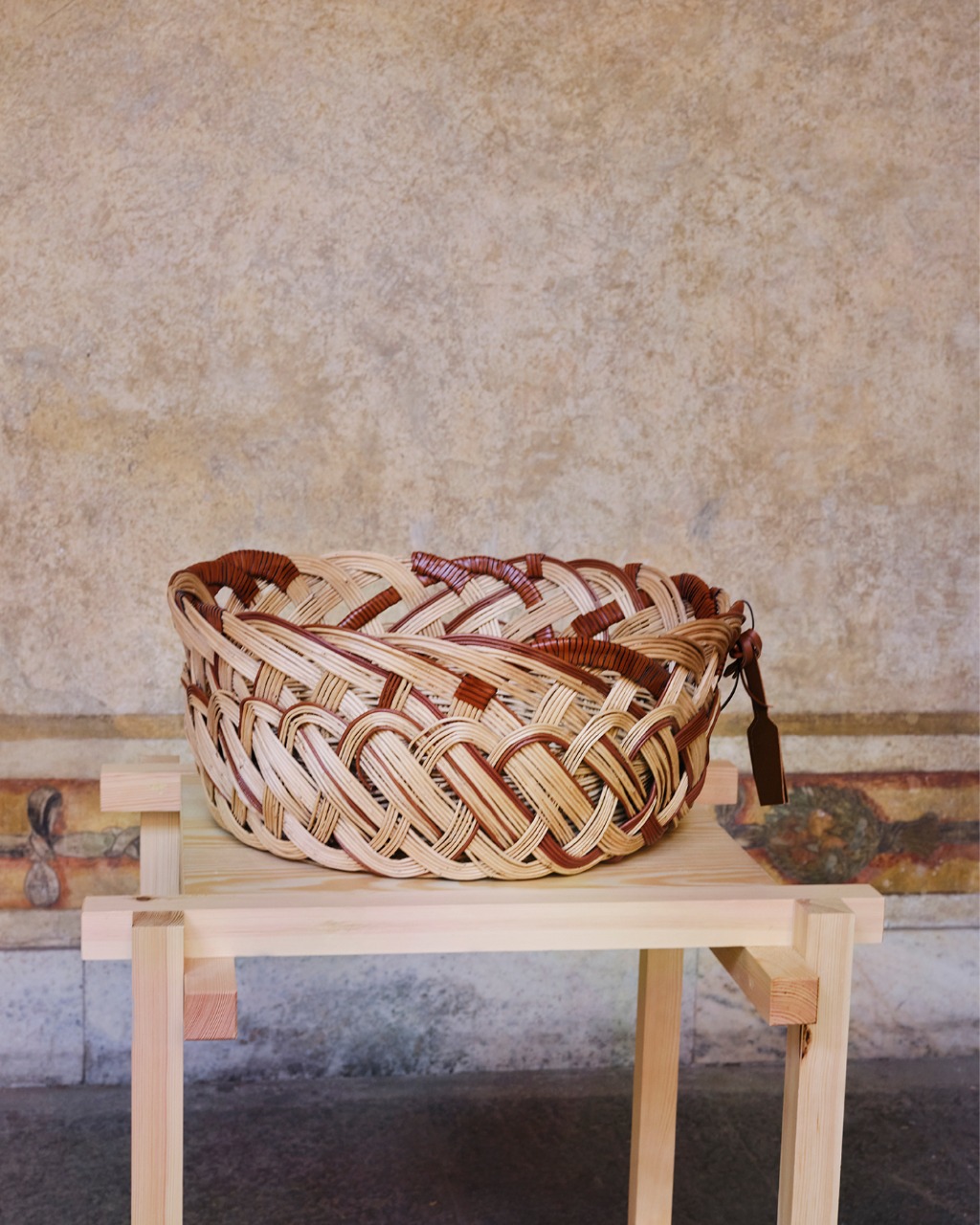 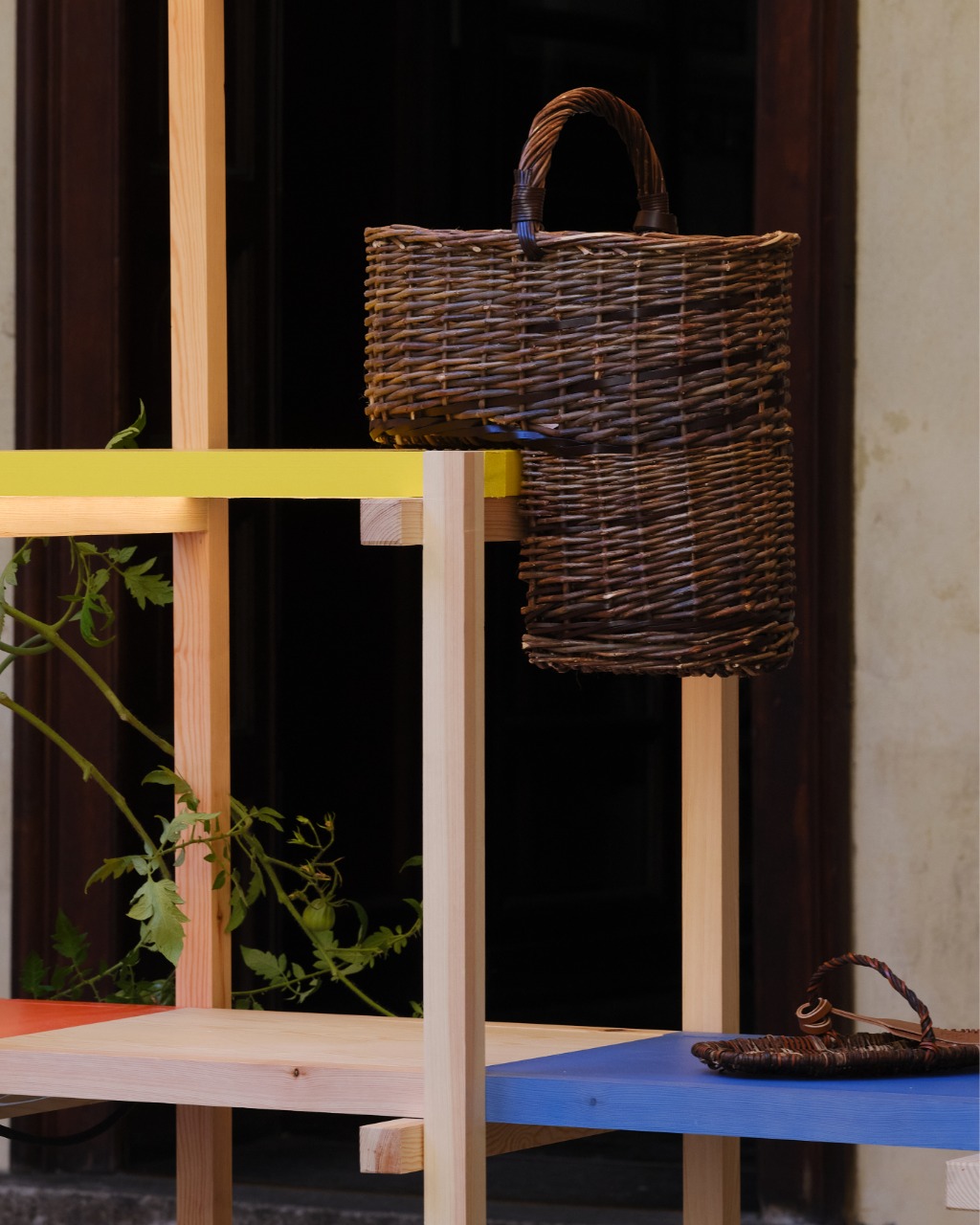 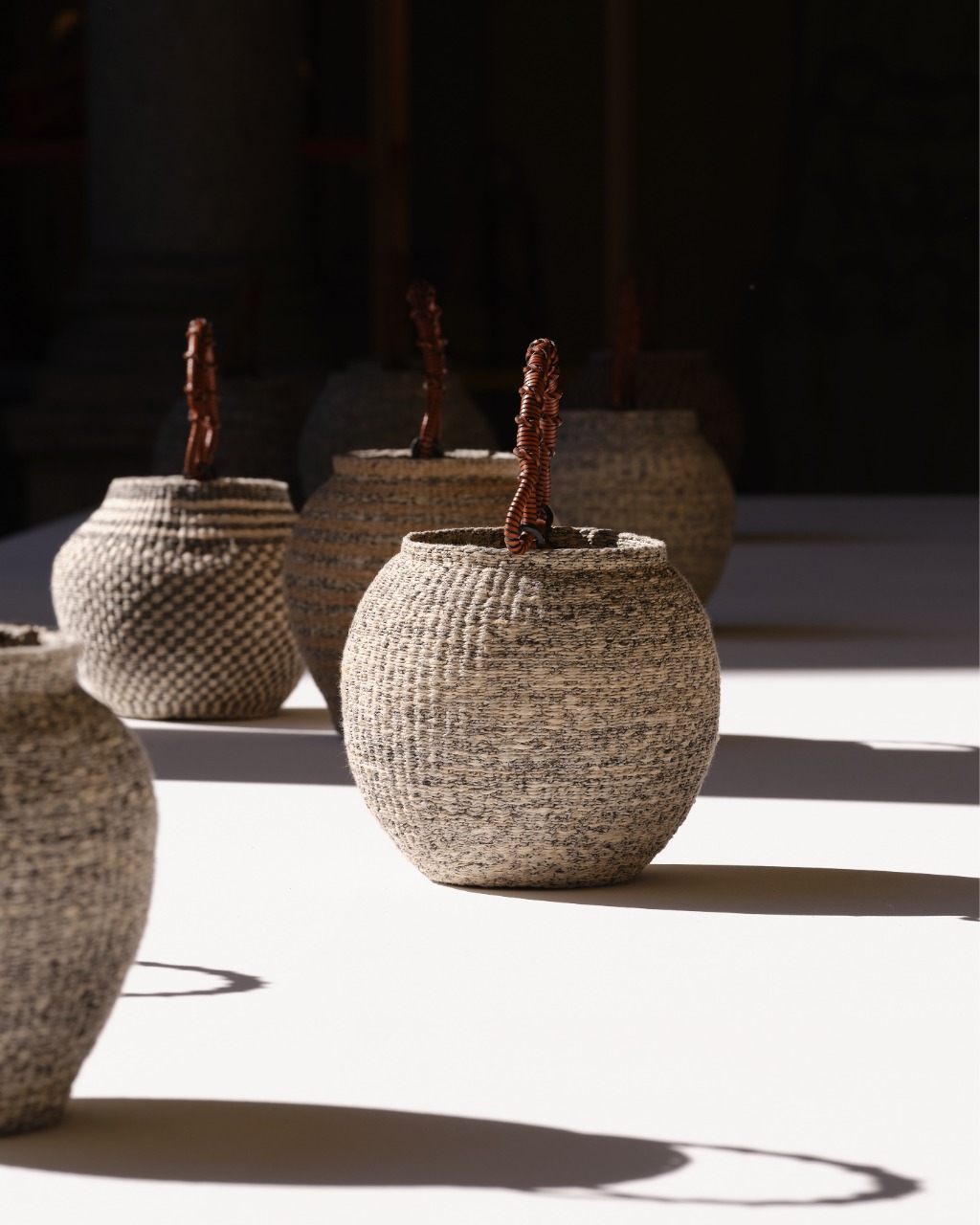 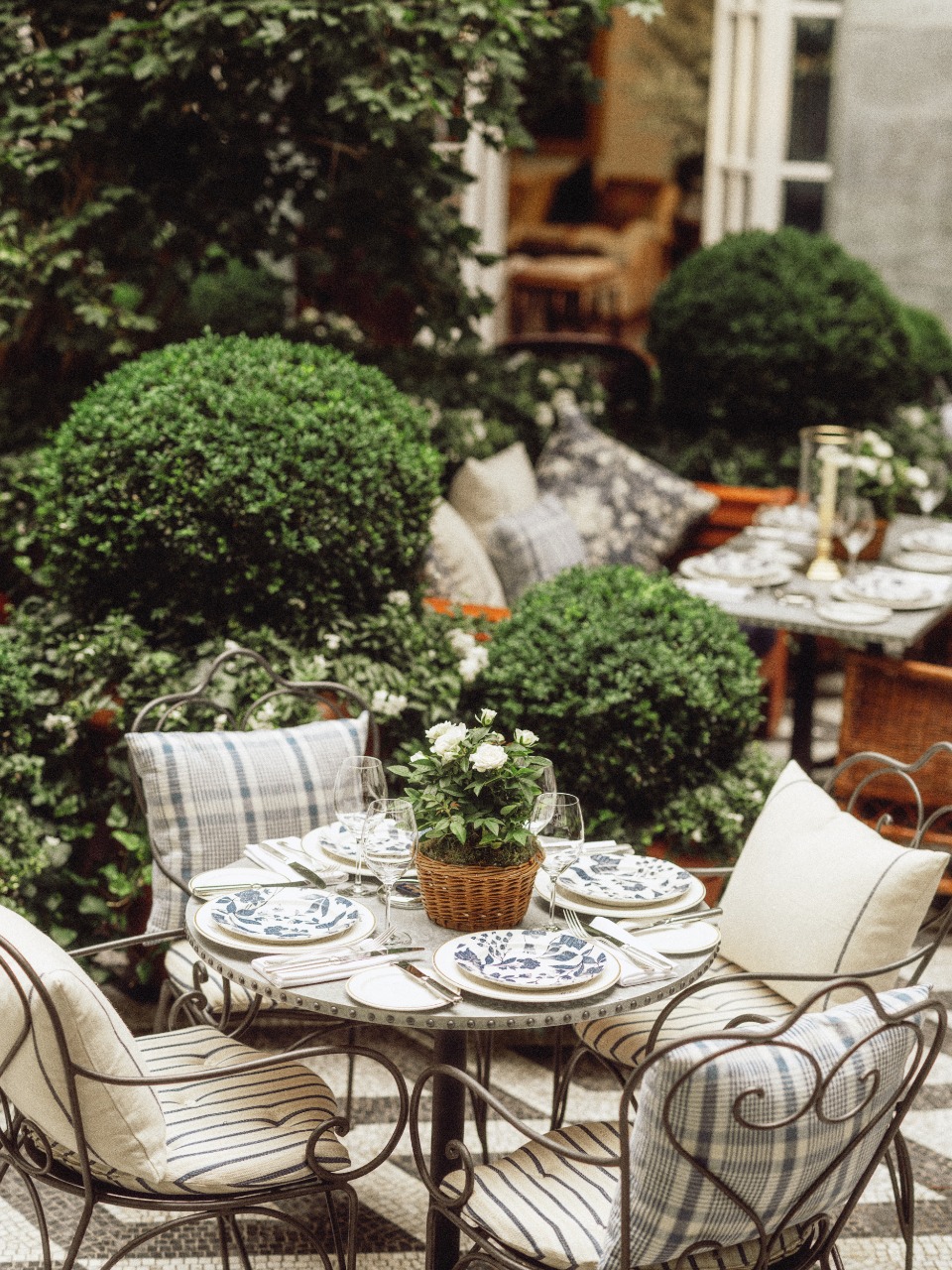 The American label presented its home collection for the first time in Milan, showcasing the brand’s fall 2022 home offering, the Palazzo Collection, during Milan Design Week. Ralph Lauren unveiled the new collection with a cocktail party hosted by David Lauren earlier this week at its newly-opened headquarters in Milan, Casa Campanini-Bonomi, a 12,000 square foot palazzo designed by influential Italian architect Mino Fiocchi for the Campanini family.  Inside the palazzo’s green serpentine marble walls, guests were transported into the immersive world of Ralph Lauren. Think: Rich mahogany furniture, antiqued brass and burnished leather mixed with an unexpected pairing of tartans, paisleys, and zebra prints. 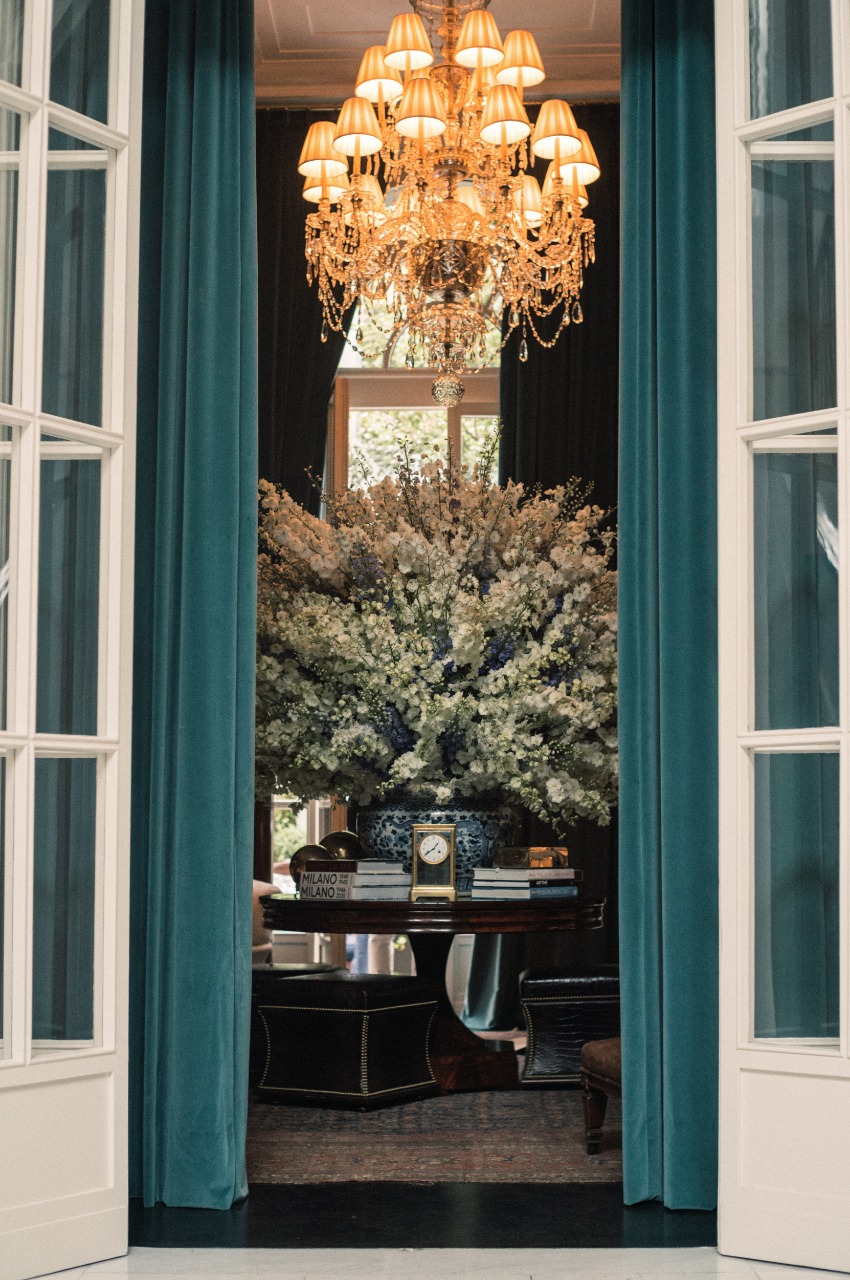 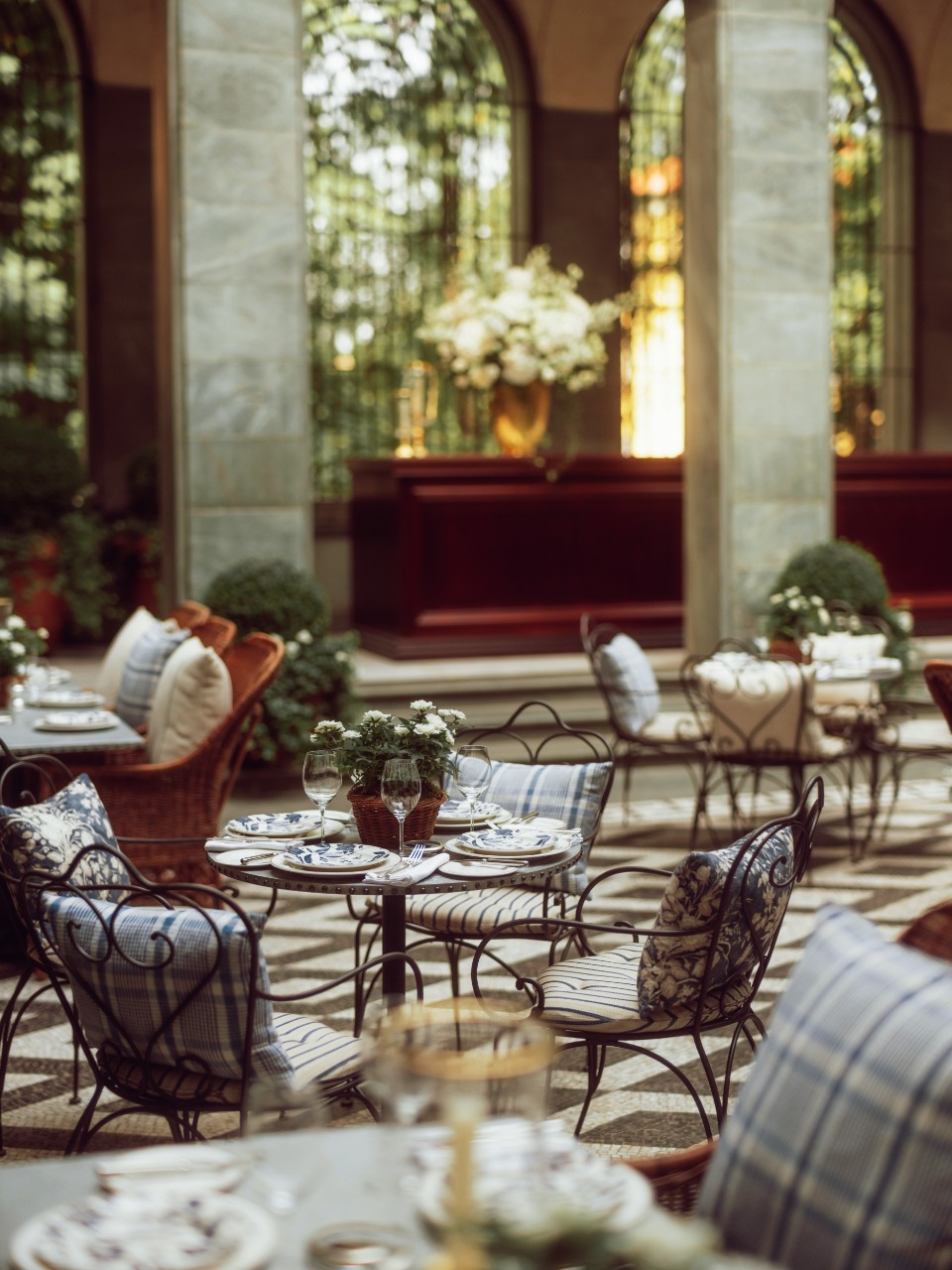 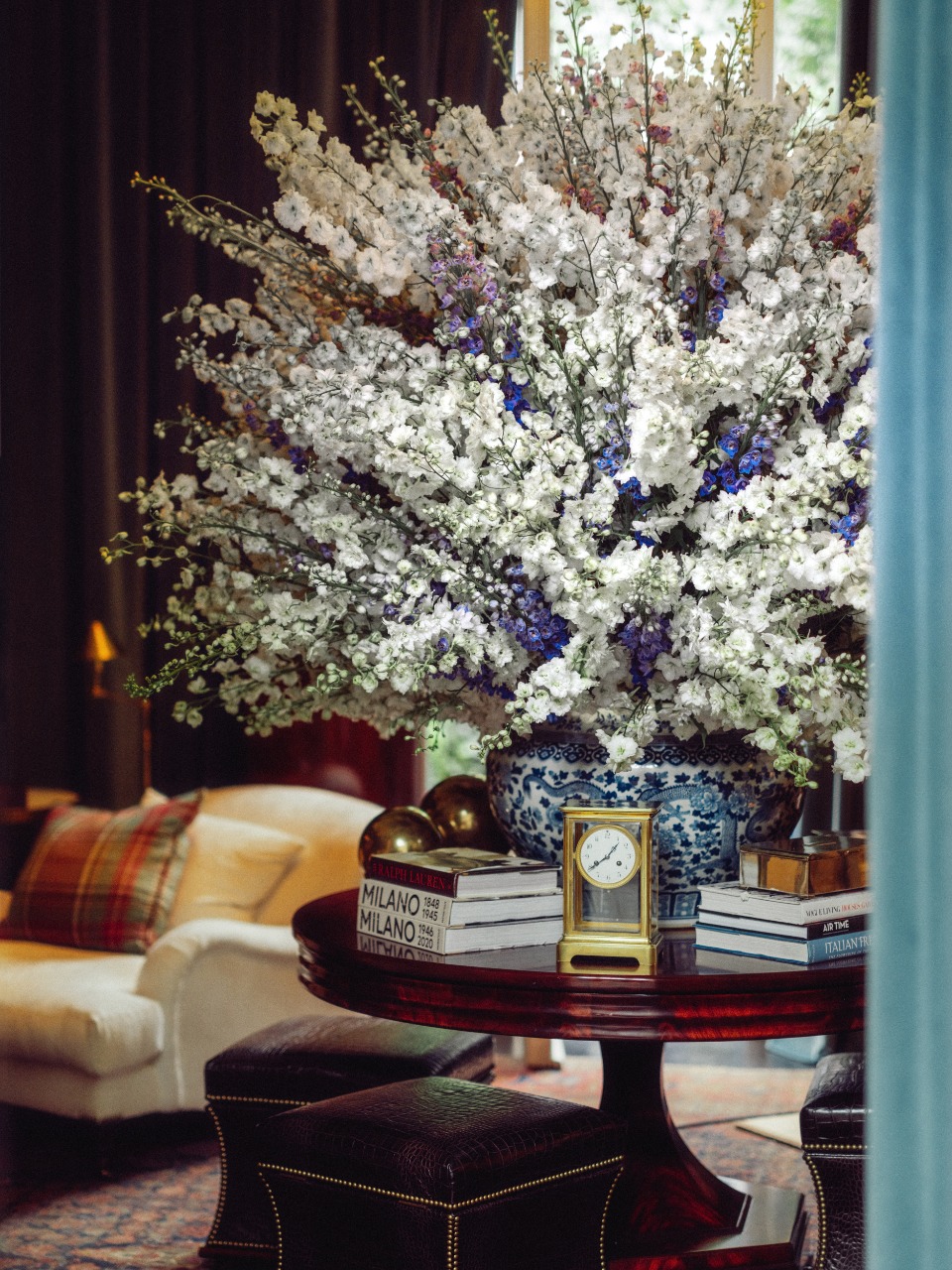