Representation of the Middle East goes under the spotlight

With American identity heading the country’s political debate, representation of the Middle East has been under much scrutiny by diasporic artists and those on the international art scene.

A new exhibition entitled My Iran: Six Women Photographers focuses on female Iranian photographers in the Arthur M. Sackler Gallery, located in the country’s capital of Washington, D.C (curated by Iranian scholar Massumeh Farhad) , with the aim of introducing a more nuanced view of Iranian women, through the work of some of Iran’s most talented contemporary photographers.

The pieces on show are by Newsha Tavakolian, Gohar Dashti, Shadi Ghadirian, Hengameh Golestan, Malekeh Nayiny and Mitra Tabrizian, the exhibition hopes to break down the often-trite stereotypes of Iranian women and establish the artists as extraordinary in their own right. 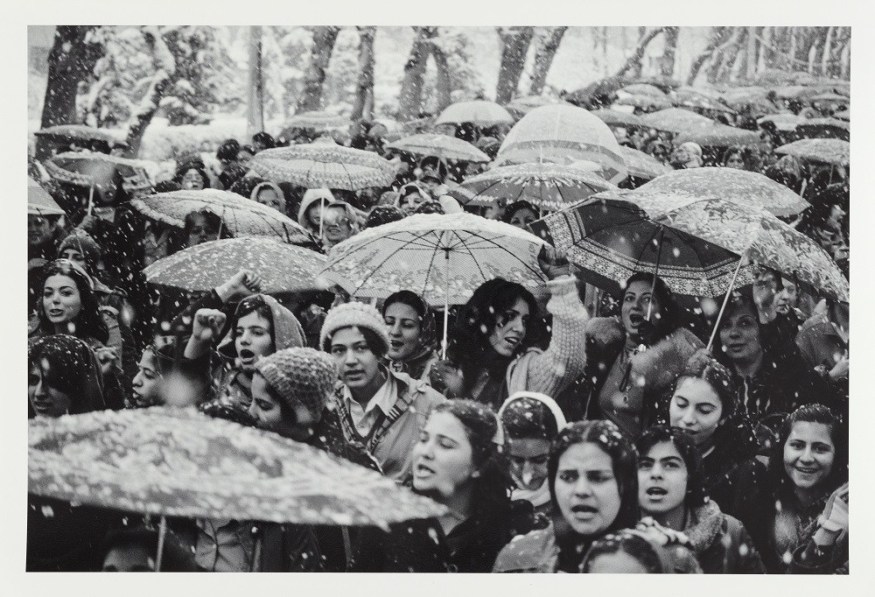 Upon entering the exhibition, the viewer is met by the only video piece of the show, a short experimental doc by Tavakolian called Somayeh, a moving portrait of an elegantly-dressed woman. The video is narrated by an accompanying album, which relays the story of Somayeh, a teacher who was made to wait seven years before she could divorce her husband and obtain her freedom from an oppressive relationship. This piece is typical of Tavakolian’s work as a photojournalist, who was an esteemed member of Magnum photo agency and a long-time photojournalist for the New York Times, before embarking on more experimental work.

Hengameh Golestan has also chosen to exhibit her documentary work, which includes eight black-and-white images depicting women protesting the introduction of Iran’s hijab law post-revolution on March 8, 1979. The images show the defiance of Iranian women in the face of oppression, whilst illustrating the power of mass demonstration as a non-violent and female-oriented political tool.

Alongside powerful shows of photojournalism are a selection of surrealist and absurdist images, more in-line with the 90s Iranian wave of cinematic works. In Gohar Dashti’s Iran, Untitled, 20 people can be seen with suitcases, lining up as if waiting to board a plane, in the middle of nowhere. While Shadi Ghadirian creates a satirical reworking of archival imagery, both Dashti and Ghadirian show the uncertainty of Iran’s official and unofficial history, as well as its unpredictable future. 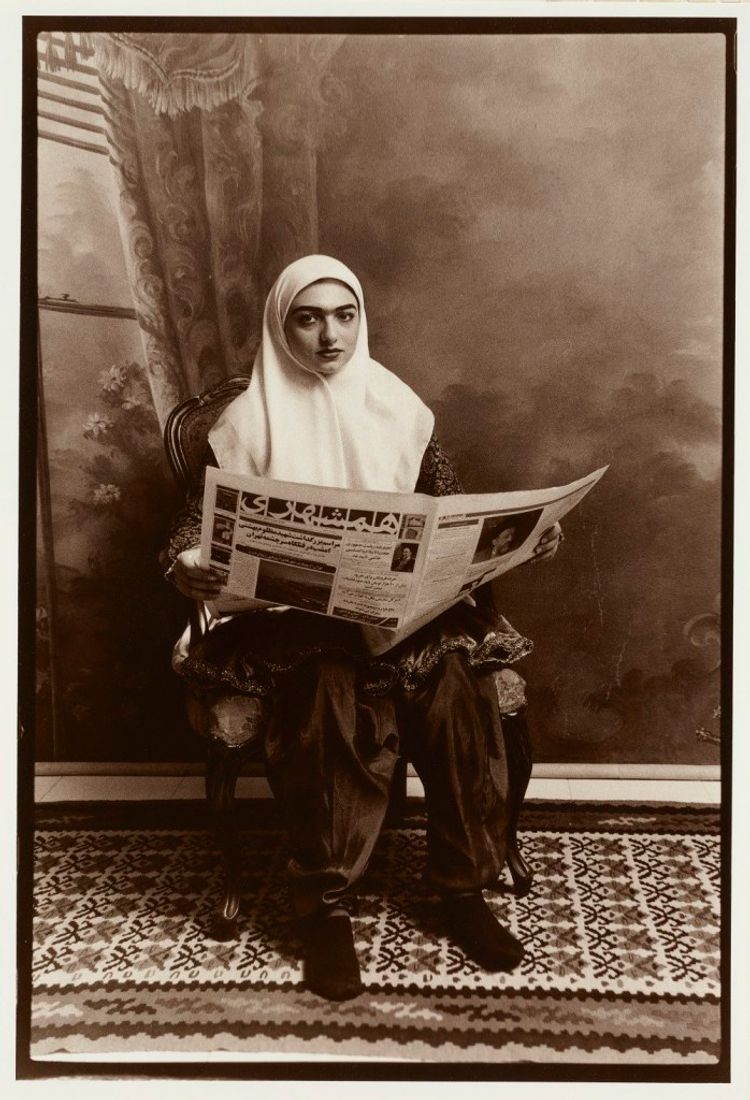