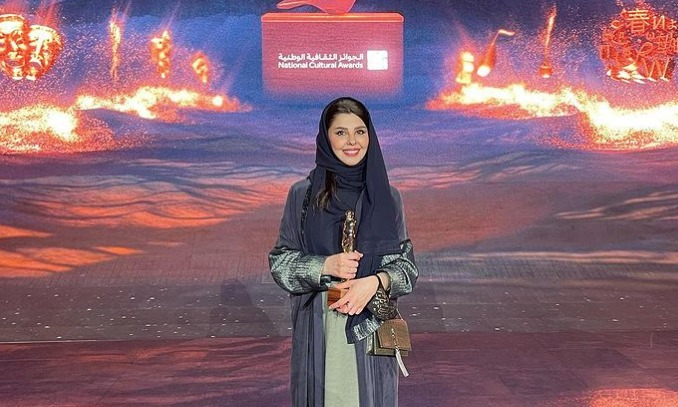 The women who defined an era

We’re all witnessing Saudi Arabia’s transformation. But despite what the headlines might lead you to think, it’s been a long time in the making.

Especially when it comes to the Kingdom’s art scene, female voices have always been loud. Now, they’re just getting the spotlight. That’s what happened at What Lies Within, a first of its kind exhibition that’s currently taking place in Al Ula.

The showcase, which sees a group of 17 Saudi artists display their work, is—as many events in Saudi—historic. It marks the first time seminal contemporary art pieces are displayed in the artists’ native country all together. Curated by artist Lulwah AlHomoud, all are part of Basma AlSuleiman’s personal collection—and at its heart is works by some of Saudi’s most prominent female artists.

To celebrate the exhibition, we wanted to mark the occasion by celebrating them. These are the female Saudi artists you need to know about:

AlDowayan presents her pieces “I Am” and “The Choice”  in the exhibition. Created in 2005, the artworks represent and challenge Saudi Arabian women’s role in society. You might have heard of the artist this year after she collaborated with Dior, but she’s been in the game for far longer, best known for her installation titled ‘Suspended Together’. AlDowayan has showcased her work everywhere from Riyadh to Paris and Houston.

Having grown up in Saudi Arabia, Al Homoud found herself appealed to calligraphy. That rests at the center of her work, which has travelled to be exhibited everywhere from New York City to China. The artist trained under calligrapher Rasheed Butt, and continues to use calligraphy in her work which largely features abstract patterns and various geometric forms. 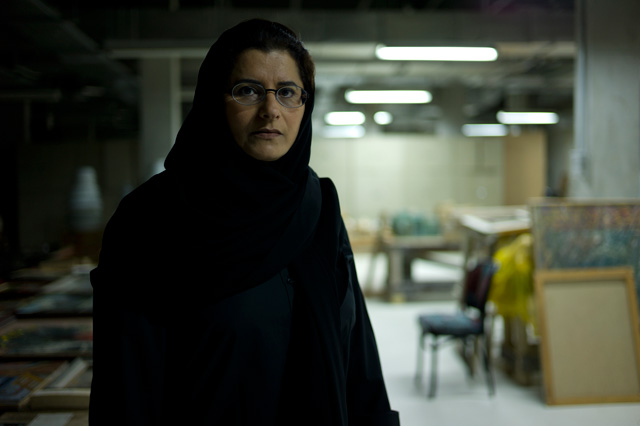 Born and raised in the region of Najd in Saudi Arabia, Mallah often references her native city and country in her work. The artist looks to cultural symbols of Saudi Arabia in her work, creating collages that feature materials like local fabrics and photographs.

Al Ghamdi’s artistic practice centers around the lived experiences of women, in particular life at home. Among them is Mycelium Running, an installation that saw the artist mold and form thousands of leather pieces together—inspired by organic forms and involved the process of sewing, boiling, drying and burning the leather.

Saudi-Palestinian artist Dana Awartani looks to traditional geometry and artisanal practices. And she’s breathing new life into the practice. The artist, who is based in Jeddah, uses multiple mediums from manuscript illumination to ceramics and embroidery—always creating and using her own pigments to bring them to life.