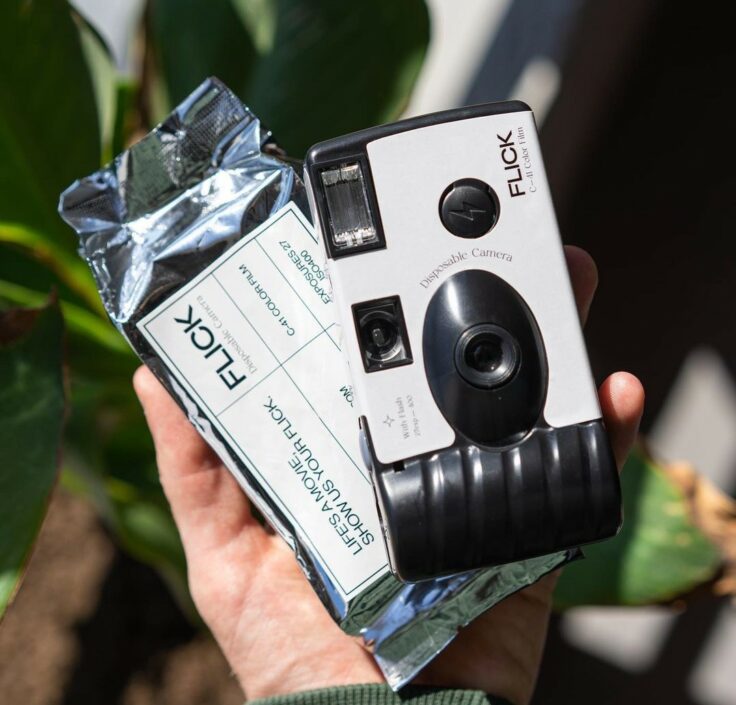 Live out Your Retro Fantasies with Flick’s Disposable Cameras

The Dubai-based company is bringing 90s photography back

Whether it’s IG filters mimicking vintage film aesthetics or the return old-school visuals in our favourite music videos, there’s no hiding that our nostalgia is running high. Dubai-based company Flick has just taken it to the next level.

Launched earlier this month by Emirati entrepreneur Mohammad Murad, Flick is a home-grown disposable camera and film-developing service. You’ve probably already come across its silver packages on your favourite influencer’s IG stories. And inside are single-use cameras, allowing you to take retro old-school shots a la noughties.

Their mantra? Bringing an end to the ultra-curated IG feed chockful of rehearsed photos. In simple terms, Murad wants Flick to counteract the digitalization of photography.

“Nowadays taking a picture has become so underappreciated that you almost forget what goes into it,” the 30-year-old told the National. “Everyone is a photographer now, with their phone.”

To him, with high-res cameras becoming available in almost any smartphone, photographs no longer retained their sincerity . In essence, they’re deluded in mainstream aesthetics and no longer capture our memories authentically. Murad is hoping to bring that back.

Not only are Flick cameras super easy to use, you can also receive the digital scans of the images at the comfort of your home. Once you’ve used up your film, a courier will collect it from your cameras, and deliver it to the company’s film-developing service, and you’ll receive your photos via email. Although the service is only available in the UAE for now, Murad is considering a regional expansion into Riyadh, Jeddah and beyond.

In case you were wondering whether it’s sustainable to indulge in these single-use cameras, need not to worry. The cameras are made from recycled plastic and the company is currently working on ways to recycle them again.