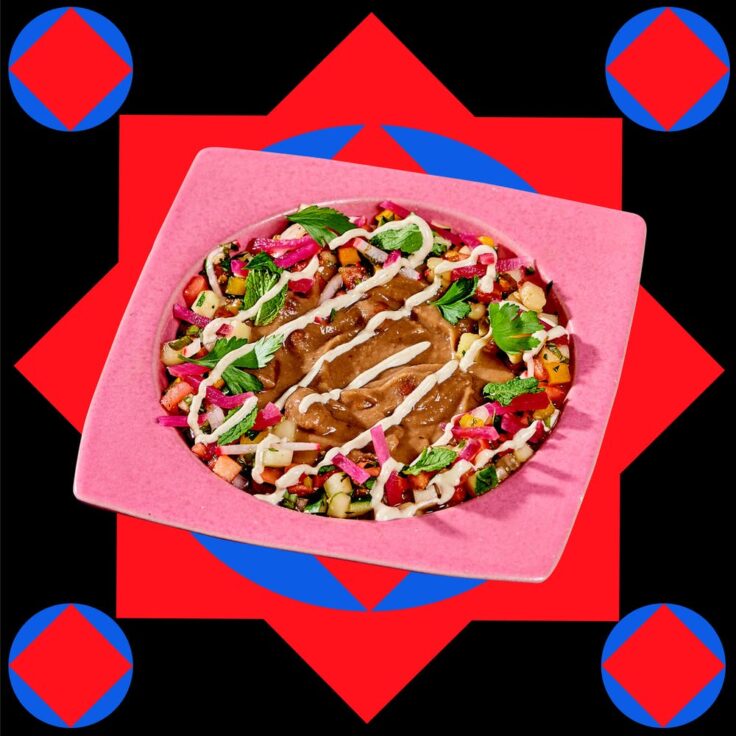 We’re taking you on a food tour

Love languages vary. For some it’s quality time, for others it’s gift giving or physical touch. For Arabs? It’s food.

There’s no denial. Food is our love language and luckily, the region really doesn’t disappoint in that arena. Now we all know that everything good comes at a price but the true indicator of a country’s culinary talents is to work out what you can eat with a couple of coins left at the bottom of your pockets.

Needless to say, my mates and I honestly did not need anything more to start bickering over, but of course we managed to do just that. This time, over which of our respective countries has the best street-food culture.

So we just imagined, you’re on your last pennies after a long day at the library and your stomach is growling just as it does during Ramadan, what’s on the menu? 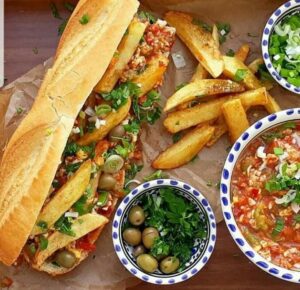 As it turns out, with a couple of dinars in your pocket you can eat more than well in Tunisia. “Casse Croute” seems to be the main snack everyone wants to get their hands on during a break. The filling of these local sandwiches will depend on your mood and cravings but will usually always vary between tuna, a blend of hashed peppers and chopped tomatoes that are spiced and fried with eggs. Take the bread away and it’s called “Plat Tunisien”, which is, according to the rumours, probably one of the healthiest dishes you can munch on in Tunisia.

Malfouf is also a big hit apparently. It’s made of thin crispy fried bread that you usually fill up with some harissa, chicken or tuna with some salad and an egg for those that are feeling extra hungry. A must-try apparently.

Last but not least, Leblebi is also quite a common dish to find yourself sitting in front of.  Mainly made of chickpeas and splashed with (you guessed it) tuna, harissa and some egg, the staple Tunisian dish is one made to warm you up in the winter as it is very filling and consistent. 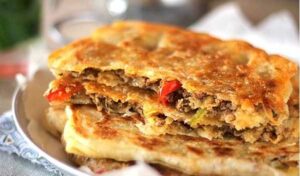 Morocco’s food scene really needs no introduction. Arguably, one of the region’s favourites, a handful of dirhams can take your tongue on a trip through hundreds of flavours and textures.

Bastilla will be something you’ll often encounter on the streets. It is a sweet & savoury pie made of filo dough and filled with either seafood or striped chicken and almonds. Personal favourite right there.

This might sound crazy but you’ll genuinely find more snails to eat in Morocco than in France. Cooked in a spiced broth outdoors, what is usually referred to as babbouche in Darija, is a rich and warm dish that is very popular during the winter. 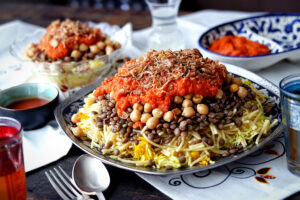 Koshari is extremely popular as it’s the country’s national meal. Made of rice, pasta and lentils and topped with tomato and cumin sauce, not one person seems to downplay the hearty recipe’s taste by any means at all.

Ta3meya and foul was introduced to me as a duo made in heaven. As much as I figured that ta3meya was an Egyptian version of the Sham region’s falafel, foul is a stew of cooked fava beans served with olive oil and cumin that you can have at any time of day can it be for breakfast, lunch or even dinner. In a sandwich or on its own, a spoon of it will fill you up in a matter of seconds.

Hawashi is also very common. A crispy slice of bread is stuffed with meat, onions, garlic and sometimes cheese. Sounds delicious doesn’t it but that’s not even the best bit about it. It is literally as cheap as chips as one of these will cost you as little as 50 cents. 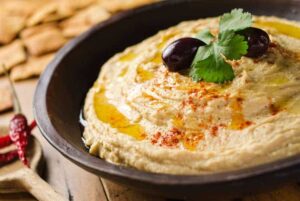 Who doesn’t know about Lebanese street food? From traditional hummus to baba ganoush, shawarma, falafel, tabbouleh or even fattoush we all know that the list could go on forever and not one of us would try and stop you.

The country’s food scene is incredibly popular and delicious and has given birth to more than one iteration of its recipes across the region. Can it be for a snack or a night out at the restaurant, you’ll never be disappointed from having had a Lebanese night in or out. 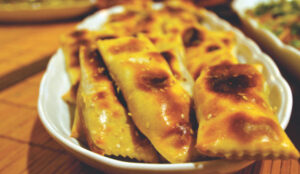 Cuisine isn’t necessarily the first thing that comes to mind when thinking of Saudi Arabia but from now on it should. Somehow very similar to Chinese dumplings, Mantu mixes meat and various herbs together. Perfect for if you’re looking to snack on something to fill you up quickly, this one seriously piqued my interest as I was sold the moment I heard of it.

Mutabaq is a mouthwatering dish that looks like a Saudi version of the sham region’s fatayer. Made of thin pastry with a mixture of minced meat, tomatoes and onions, the meal can be had on the go but you’ll surely want to sit down once done.

The name might sound a bit strange but the flavour of yughmish will most definitely put your mind off that almost immediately. A quick snack to have during the day, the filling recipe is made of leavened bread filled with some of the freshest and juiciest of meat. Very common to have during Ramadan, it is one that is very hard to say no to.