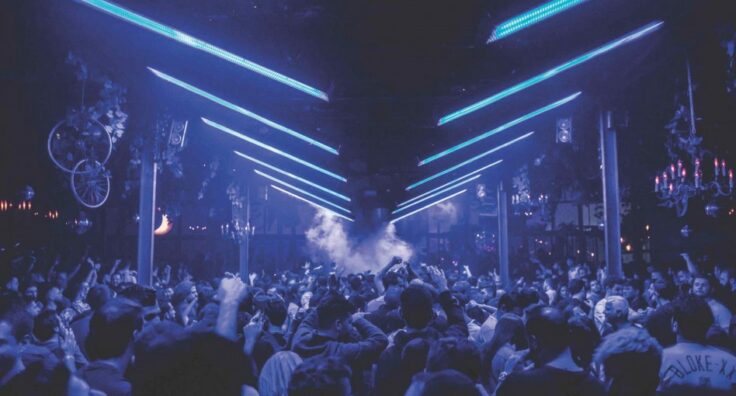 Should I stay or should I go?

It should come as no news that Lebanon is currently facing a series of economic, political, and humanitarian troubles that have been plaguing the cedar state for the past half-decade. Since 2018, the country, once considered a shining capital in the Middle East, has seen its limelight dimmed by crooked officials and corrupt policies, that have crippled the nation, pushed it to the edge, and dragged it to a position of almost no return. Amidst the unprecedented turmoil, Lebanese youth have proved to be resilient and adamant in celebrating what little positivity there is left to appreciate, despite it leaving a sour taste each time a friend, family member, or simple acquaintance decides instead to try their shot at having a better future abroad.

A whole generation is feeling asphyxiated by the lack of opportunities there are to be found in Lebanon, with the idea of expatriation lingering in everyone’s minds. Far from being the be-all and end-all solution people are striving towards, it has become a customary practice in the Levantine country to want to face foreign hardships instead of those they may find on home soil. In layman’s terms, Lebanon’s current situation has nulled whatever sense of patriotism and hope there formerly was, turning every weekend into another tearful two-day ordeal, where nationals bid farewell to their close ones, patiently waiting for their turn to jump ship, and reunite in Europe, the Americas, or anywhere else.

“Constantly finding out that the closest people to your heart are leaving you behind and creating a fresh start for themselves hurts more than a breakup, though you always wish the best for them,” Nina Aridi, a 19-year-old student at the Lebanese American University told MILLE. “I’d love to follow in their footsteps, but the love I have for my country overtakes that desire to leave, despite that meaning that I’ll have a harder time at making it in life from here,” she continued. “No matter how bittersweet these parties are, I can’t blame anyone for taking that route, even if it has turned into a weekly ritual of tears and crying.”

In a recent study led by professor Suzanne Menhem, assistant professor and researcher at the Institute of Social Sciences at the Lebanese University, it was discovered that 75.6% of Lebanese youth, aged 18 to 29, are looking to leave the country, with 26.7% of that same pool already in the process of getting their exit ticket sorted. In 2021, Beirut-based NGO Labora Foundation estimated the number of citizens that had left to be anywhere between 150,000 to 250,000, meaning that Lebanon is losing out on a ton of fresh talented minds, which is going to have major long-term consequences for the country, especially with all the problems it’s already trying to come to terms with.

“To be completely honest, this isn’t anything new. History classes in high school have highlighted this issue since forever, even before COVID and the blast of the port,” Wael Rishani, a student who will soon be flying to the UK to pursue higher education, confessed. “The state has failed to acknowledge the thousands of us that have been pushed across our borders over the years, choosing to rely on remittances rather than investing in infrastructures. All we are left to do is celebrate the memory of our time together here, hoping that one day we’ll able to host goodbye parties from our temporary homes abroad, triumphant over the fact that we’re finally feasibly able to come back to better circumstances,” he explained.

“I don’t like going to these parties, because it makes it so much more real, reminding me of how little I’ll be able to see them in the future,” shares Kenda Harb, an 18-year-old homeschooled student sitting in a cafe in East Beirut. “Saying goodbye is already hard enough, but saying goodbye myself would be even tougher. I don’t want to follow in their steps although I feel like I have to. It’s unfair to have to go through this, this is not supposed to be so deeply rooted in a nation,” she added, before asking what there is left to expect from a state that can’t support its own youth.

Inherently intense in emotion, goodbyes are some of the most heartfelt moments we as humans share. Despite that, it is clear that even with their backs against the wall, no one is too keen on bidding farewell to the place they call home. In a place deprived of the most basic necessities that make up what people would refer to as “a good quality of life,” citizens of the former party central of the Middle East still want to be the architects responsible for building the Lebanon of tomorrow. However, only time will tell whether this brain drain will reverse itself and stop sapping the cedar state from its homegrown potential.