From Hollywood blockbusters to cult indies

When it comes to Arab actors who have left their mark in Hollywood – it’s impossible not to think of Omar Sharif. Three years after his death, Sharif’s movies have left a lasting impact on the movie world – I mean, who can resist his insatiable charm, right?

From blockbusters to cult indies; MILLE selects six of his best movies. 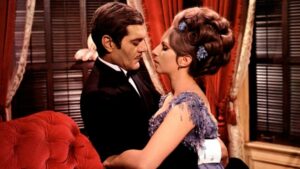 Based on Isobel Lennart’s musical, there is no doubt this movie will make you dream of New York in the 30s. Although, in an interview with The Independent Sharif bluntly said he didn’t like his performance in the movie, he still managed to nail the role of Nicky Arnstein’s ex-husband, played by Barbara Streisand, who was going through a hard time finding exciting projects for her career. This drama-comedy will take you through the evolution of romance between the two main actors and the struggles they encounter along the way.

Lady of the Palace 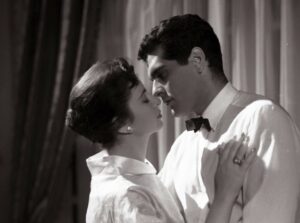 Lady of the Palace is one of the countless movies the two main actors— Omar Sharif and Faten Hamama, who were lovers in real life—played together. Hamama plays Sawsan, a modest girl who meets a rich man who courts her endlessly until they agree to marry. Once married, the relationship faces several problems because a number of their friends try to destroy the marriage and take advantage of the husband (Adel)’s wealth. A classic Egyptian love story. 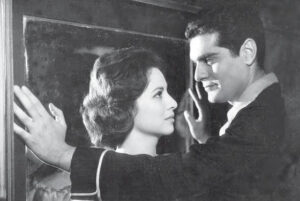 The River of Love is another classic Egyptian movie. Directed by Ezzel Dine Zulficar, the film is based on Anna Karenina’s novel Tolstoy. Omar Sharif plays the lead role along with Faten Hamama, who marries a rich man that her brother, Mamdouh, pressured her to get engaged to. She lives a lonely and sad life up until the moment she meets and falls in love with a young police officer.

The Demon of the Desert (Chaytan al Sahraa) 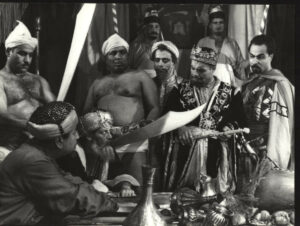 This is one of the first movies to be directed by Youssef Chahine. The Demon of the Desert—which was released in 1954—is based in the ancient tribal city of Bani Mazen. The story Issam, a veiled stranger who saves a beautiful woman called Dalal from an oppressive tyrant who abducts women and kills men in their city. The girl falls in love with him (of course) and tries to discover his identity by taking off the veil. 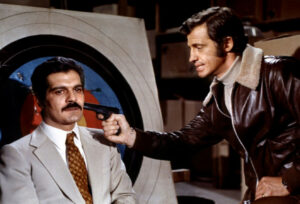 The Burglars is a French action movie from the 70’s, directed by Henri Verneuil, starring Omar Sharif and Jean-Paul Belmondo. A group of four gangsters plan to rob a well-known gem collector. Once inside the house, the plan goes wrong. Adel Zacharia, a police officer, lets them leave without arresting them – but the guys don’t realise that he was there to also take the loot for himself. 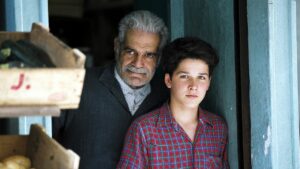 This movie symbolises the height of Omar Sharif’s fame. The film was directed by François Dupeyron and was released in 2003. The film follows a Turkish shop owner, Mr Ibrahim, and his 13-year-old friend. He teaches him about life, women, love and principles. This beautiful movie is full of life lessons and its slow pace is almost meditative.