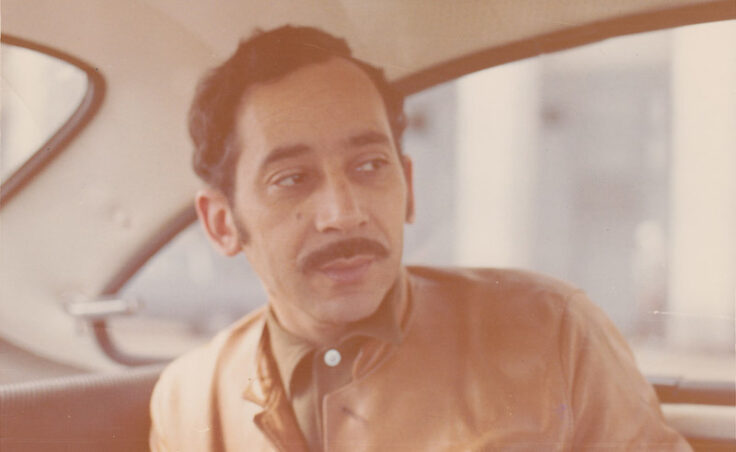 “If you run a label that rereleases music from outside of the European world, it automatically puts you in a position of responsibility not to repeat historical patterns of economic exchange, of communication, of culture” Jannis Stuerts, the founder of Habibi Funk, told us before a gig in Tunis last year.

The man behind the label that’s often at the receiving end of questions surrounding cultural appropriation made it a point to contextualize the music his German label releases.

In January, three years after unearthing the work of legendary Algerian composer Ahmed Malek, the label commemorated him with a documentary on his life and work, Planet Malek. This month, they’re taking it a step further, with a fully-fledged exhibition unpacking the late artist’s body of work, housed in none other than his native country, Algeria.

From photos Malek had collected from his travels, unseen live footage and interviews, a listening corner to play his music, as well as a screening of their documentary, the exhibition,  entitled Planète Malek—Une Rétrospective, will run until July 31 at Algeria’s National Museum of Modern and Contemporary Art in Algiers.

“This is by far the most ambitious exhibition we have done so far. It will be solely dedicated to the life and work of Algerian composer Ahmed Malek who besides being a composer was also a tireless ambassador for his home country,” said Stuerts in a statement.