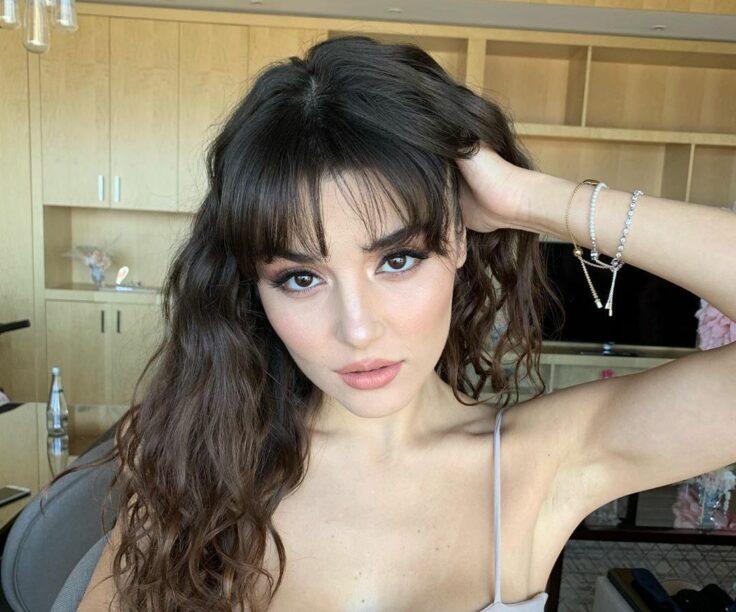 5 of the Best Hande Erçel Series to Binge Watch

Your ultimate guide to the best Turkish dramas

Soon after graduating from Turkey’s Mimar Sinan Fine Art University, Hande Erçel made a name for herself in her home country’s thriving TV industry. Having set her sights on acting, by 2013 she’d snagged her first role in the popular television series Tatar Ramazan.

Now, seven years later, the actress is one of Turkey’s biggest names, with over 10 leading roles under her belt. With Turkish dramas gaining immense popularity abroad (and specifically in the region), Erçel has gained a big name for herself here in the Arab world, racking up 15 million Instagram followers in the process.

And she’s about to delve into the film world, too. Later this year, Erçel is due to make her feature film debut in an Iranian-Turkish film alongside Iranian actor Shabab Hosseini. Before the actress makes the jump into the world of film, we’re here to reminisce on Hande Ercel’s best TV series so far.

If you’re looking for the best Turkish TV series, look no further. First released in 2015, Güneşin Kızları is one of Erçel’s earliest works—and it’s just as bingeworthy as it was when it was first released. The series trails the life of Gunes, a 35-year-old mother of three who meets a rich man and moves her life across the country to live with him in Istanbul. She’s also met with Burcu Özberk whilst filming the series in 2014, the pair have remained close friends ever since, referring to the other as their ‘twin’. Upon premiering in 2016, Aşk Laftan Anlamaz was an instant hit. The Turkish drama stars Hande Erçel alongside Burak Deniz, who plays her boss, as the two embark on a controversial workplace romance. In this series, Erçel plays Hazal, a young woman who is forced to marry a successful business man the day before her scheduled wedding to a young, poor fisherman. Unlike your typical Turkish drama, Halka, is an adventure-packed television series you need to watch. The series follows a crime organization, named ‘The Circle’ (or ‘Halka’ in Turkish) that takes over the country. In it, Erçel plays Mujde, the daughter of a prominent criminal. Despite having been cancelled after one season, Azize is still worth the watch. The series sees Erçel play a young woman whose life is destroyed by a powerful family. After changing her name to Azize, she goes on to seek vengeance against the people who killed her family,  falling in love in the process.