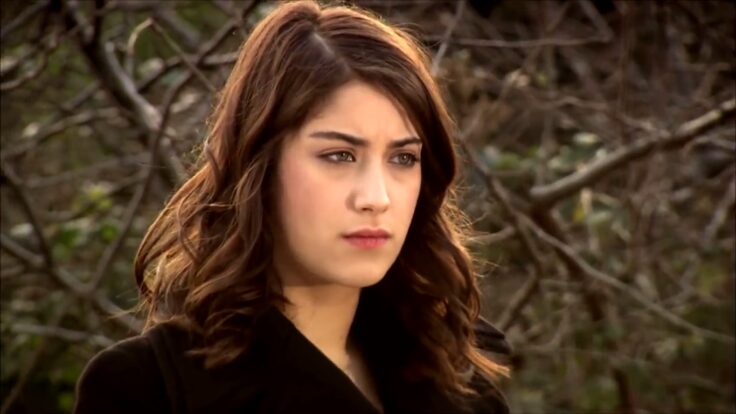 Put your life on hold and binge on these Turkish melodramas

There’s nothing like a good Turkish drama. Recent television ratings have proven that Turkish dramas are taking the reign within the region. Are you even Arab if you haven’t sat and watched one with your mom?

Yes, they can be empty and sometimes regurgitate plotlines, but somehow they just suck you in. After all, it’s pretty difficult to resist an ultra-dramatic love story between a poor woman and rich man, and if you’re lucky, it will include the added histrionics of an unsuspecting fatal disease that falls upon one of them.

This is where Hazal Kaya comes in. Think of her as the queen of Turkish dramas. The 29-year-old actress has been in the game since 2006, and she’s done it all. If you’ve yet to come across her work, we’ve rounded up her best series to get you acquainted.

I Named Her Feriha It’s a classic story, but it’s worth the watch. In this series, Hazal Kaya plays a beautiful woman from a poor family, with a doorman as her father. Feriha finds herself enrolling at a private school with a full scholarship, and this is where she meets Emir; a rich young man who falls in love with her—all whilst she’s pretending to be as rich as he is. Whilst she pretended to be a rich girl in ‘I Named Her Feriha’, Hazal Kaya’s character in ‘Our Story’ doesn’t shy away from her reality as working class. Kaya plays Filiz, a young girl left to raise her five siblings alongside her alcoholic father in a poor Istanbul neighbourhood. The cast features the usual star studded line up, including Burcu Özberk. In 2013, Kaya took on the role of Azra Ozak, a poor tennis coach in a secret relationship with Kerem, a swimming coach at the gym where they both work. But the relationship goes awry after he meets Sebnem, a rich girl learning how to play tennis. Sebnem falls in love with Kerem, and confesses that she’s dying of leukaemia. Azra then hatches a plan to temporarily sacrifice her lover for a potentially rich life with him after Sebnem’s death.

Maral, The Most Beautiful Story In this series, Kaya plays Maral, a young woman working as a waitress in a restaurant who later becomes the manager—all whilst being in love with Sarp, a young man who works at the restaurant. It’s a tale that explores the intersections of love and career. Yet again, Kaya plays a role with love as the central theme, but it doesn’t disappoint. The actress plays Nihal, the teenage daughter of a rich widower who is in love with her cousin.