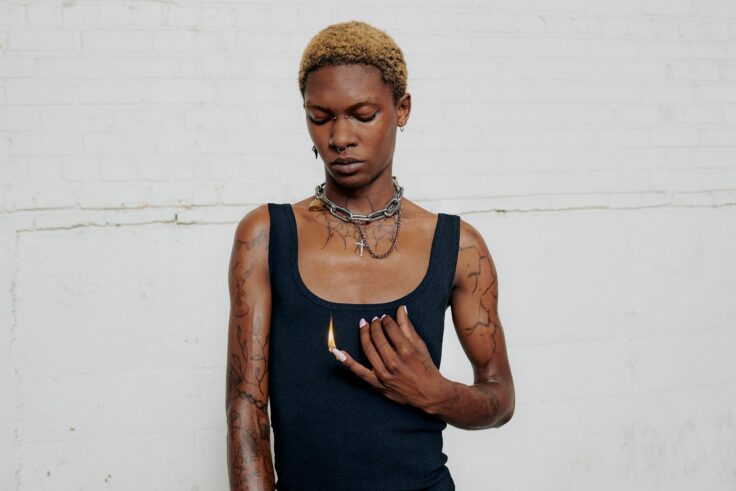 American multi-hyphenate Heron Preston is always moving the dial forward. After an initial drop in April, they’re teaming up once again with the revered Calvin Klein.

Through a striking second line of textiles and accessories, the newest iteration of the collaboration celebrates youth by fiddling with the brand’s DNA to fit a more modern aesthetic. From the sneak peaks we’ve been able to peep at so far, trust us: the collection will serve some sophisticated, suave and slick looks.

With Nas and Lil Uzi Vert as the main faces of the first season, the second has considered a fresh team of newcomers to embody the spirit of the upcoming set of prêt-à-porter. Placing the onus on figures that will soon be at the forefront of mainstream culture, the American brand is already placing its bets on the next ambassadors of cool with a blooming cast of models and icons in the making.

Some of the names included French-American singer and songwriter Raph, tap-dancer Savion and up and coming rapper HVN, all accompanied by one of New-York’s greatest MC’s Nas who has marked another appearance for the return of the much sought out collab.

Calvin Klein by Heron Preston will be a fine, sober and simple line of oversized silhouettes and a tumble of orange standout tints that seem to be in-line with the current fall season. And we’re here for it.

“For Fall, it was about introducing new materials and dissected, timeless essentials that are interesting. We thought about how Calvin Klein shows up in the world, in a modern way. What I love most about Season 2 is the versatility of each piece and the different styling options through the layering that we designed into the collection.”  said Heron Preston himself.

Designed for the every-day use, the creative consultant behind this new season plays with some of the brand’s recognisable classics to give them a tailored contemporary twist that makes use of sustainable materials to walk out in the streets with style. Shot by award-winning director and filmmaker Ricky Saiz, the campaign captures a wide range of products shifting from bralettes, long sleeved crop tops and leggings to lined shirt jackets, knit jumpers and puffers to coat you all throughout the next breeze of cold.

Cozy and cool, the collection is adamantly going to become a magnet for a truly rich and eclectic cohort of fashion enthusiasts from teenagers to students, seniors and beyond. Fit for everyone, the comfy and cushy line is set to go live this Thursday through Calvin Klein’s website and exclusively at Dubai Mall – get ready, they won’t last long.