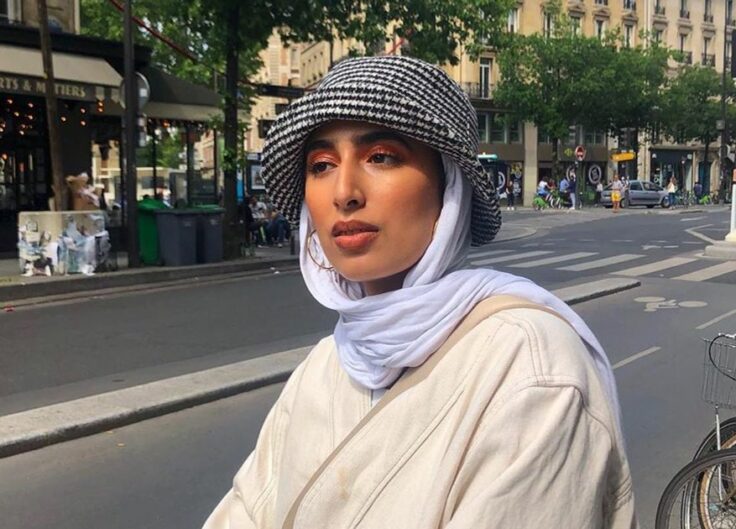 When hijabi influencer Taqwa Bintali, who is the new face of Fendi and Jean Paul Gaultier Haute Couture’s summer campaigns, is asked how she defines her style, she boldly declares: “Modest, but Parisienne”. But as a French-Tunisian in a country where an active face veil ban is backed by a surge of islamophobic attacks (which have increased by 54 per cent) – the last thing one might expect Bintali to proudly proclaim herself to be is Parisian.

“I always have to research which universities, companies and even restaurants welcome hijabis”, Bintali says before adding, “as a hijabi, I know I have to work harder than anyone else to feel like I am a citizen in my own country”.

Despite Amnesty France having published a public letter urging an end to the ongoing discrimination against Muslims in France, as it stands, girls and women are still not allowed to wear a hijab in schools. But with over 42,000 followers on Instagram, Bintali’s influence is weighty, especially given the political climate in France. Scouted through Instagram, she is making history as the first Tunisian-French hijabi model to star in campaigns for both Jean Paul Gaultier and Fendi.

“I had a great time and felt at such ease”, she says, in reference to the process of shooting both campaigns, although she pauses to acknowledge that despite this, even in 2020 she is still “the only one”.

It’s clear that Bintali doesn’t want to rush to congratulate brands for casting models of colour in their campaigns. Confident in her vision, she refuses to become the industry’s token hijabi. “At a time when brands are pressured to operate more inclusively, it’s important to keep in mind that I don’t need brands; they need me”, she continues.

Having had to quit playing basketball at as a teenager, because she had no hijabi role model to look up to, Bintali founded Zarafet Galleries (a platform promoting modest fashion and Muslim entrepreneurship in France) and Akagi Club (a safe space for Muslim women to practice sports).

“Ultimately, I don’t really want to become famous and be put into the spotlight”, she says. “My goal is first and foremost to empower my community”.

Breaking down the stereotype of the oppressed hijabi woman, and pushing the boundaries of how Muslims are perceived in France, Bintali hopes to help other hijabis find their place in their country.