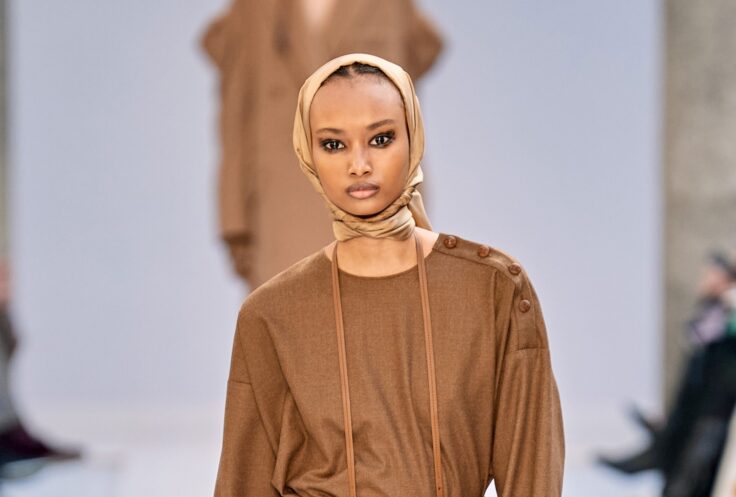 5 Hijabi Models to Watch This Year

Until recently, fashion runways have been exclusively white, and fairly secular. It would have been unimaginable just a few years ago for a hijabi model to make it in the fashion world as a model but thankfully things are changing fast.

With the world’s push for diversity across all industries, hijabi women are no longer excluded from the biggest runways in the world. Whether its Fendi, Burberry or Valentino, history has been made, and hijabi models strutting down historically white runways are slowly becoming the norm.

To celebrate the women pushing the boundaires – we’ve rounded up our favourite faces to be watch this year.

The 20-year-old, who is of Somali descent catapulted into stardom after publishing a tweet that read “I aint no kendall jenner but I’m a black muslim girl from east London that’s about to finesse the modelling industry”, which instantly went viral. The young model has  signed on with Storm Management last month, and we can’t wait to see what the year has in store for her.

Abdi Omar made history when she became Burberry’s first hijabi model for their iconic festive campaign. At just 23, the model also already has a Vogue cover under her belt, and has walked the catwalk for everyone from Tommy Hilfiger, to Richard Quinn.

The Somali-American model made her debut walking the runway for Valentino haute couture, she has since opened shows for the likes of Marc Jacobs, and was the first hijabi model to walk for Fendi and Lanvin.

Her face might not be instantly-recognisable just yet, but it soon will be. Kadija Diawara recently joined the ranks of Halima Aden and Ugbad as history-making hijabi models. She recently became the face of Pyer Moss’s latest campaign, and starred in and Adidas campaign the year prior.

Asha Mohamud was known as a mental health and beauty blogger, but turned to a career in modelling last year. She made history as the first hijabi to front a campaign on ASOS for their first modest collection, entitled The Verona collection.