A dubious game founded in the gentrified suburbs of Montreuil

Deep in the gentrified suburb of Montreuil, somewhere between the Quick fast food joint and a Swedish toyshop, a stretch of overprized coffee terraces allow bobos to sit outside day and night and play the same (admittedly dubious, brace yourself) game “Hipster or Salafist” – a question that springs up at every sighting of a bearded passerby. Charmant! 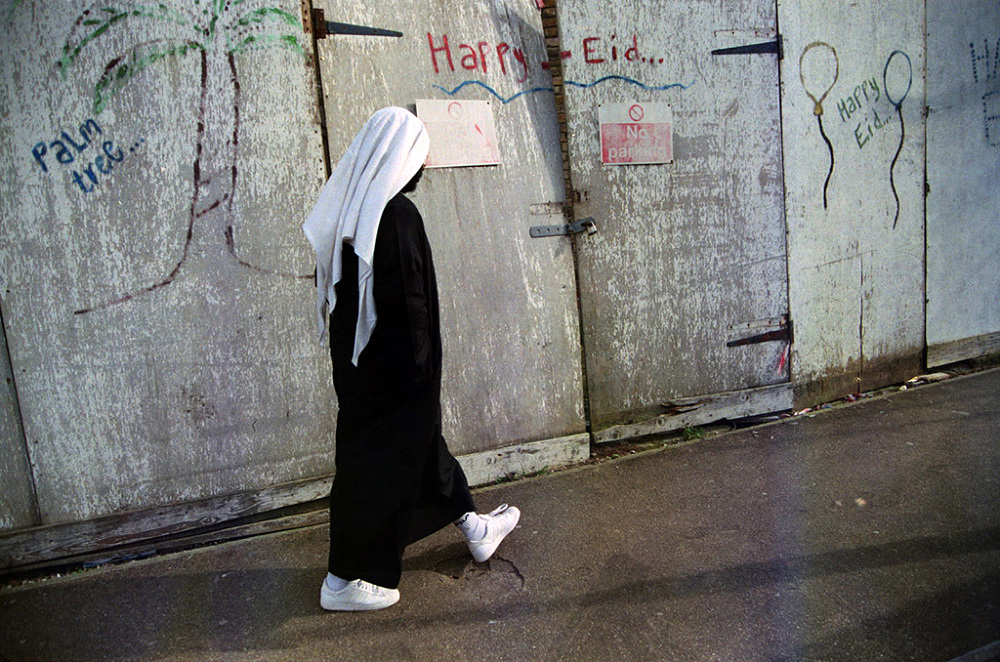 This town in the East of Paris is equally renowned for its large and observant Muslim population as for its recent invasion of artists and fashion editors. (Full disclosure: I live there). The style on the street is not what you’d expect. Rather than the clear stylistic divide you might imagine; the disgruntled former inhabitants on one side, and the newcomers decked out in designer sportswear, utterly convinced they’ll blend right in, on the other, something else has occurred. 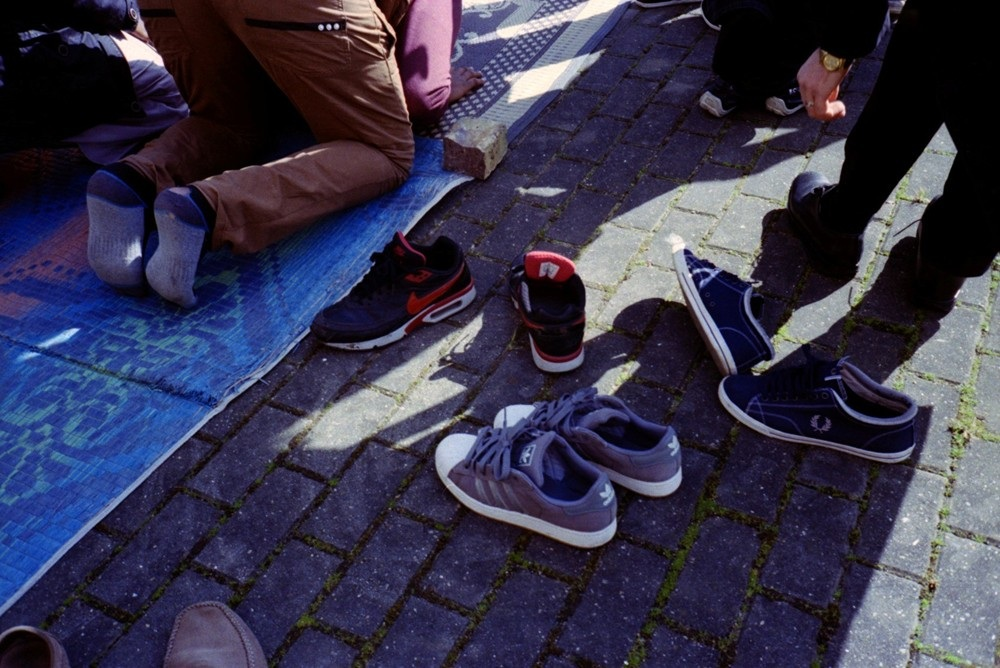 Walking out of the metro, you notice one visually unified mass of men with perfectly groomed facial hair, the latest Nike Air VaporMax grasping an iPhone 8 and wearing long black garb. Rick Owens or djellaba? Even for experts, it’s almost impossible to tell. Riotous stand-up comedian Sofia Aram, French of Moroccan descent, once jokingly told me that she had to teach her “terrified Aunty Fatiha”, who lives in the nearby banlieue of Bagnolet, how to tell the two apart. “She was wondering why suddenly fundamentalist men were opening design shops or trying to sell her overprized coffee. I told her: if the shirt is buttoned all the way up to the top you have nothing to worry about. That’s just a bourgeois French man confused about life.”

Terrified Fatiha isn’t the only one who is confused. In hip Beirut, several outbursts were reported by the media, of policemen trying to arrest baristas and DJs, convinced they were extremists. One story read “Lebanese hipsters are sick and tired of being mistaken for jihadists”. The confusion rose to such a level in many gentrified districts that photographer Shirin Mirachor, based in the Netherlands, launched a project entitled Hipster/Muslim, whereby she asked the audience to differentiate between two copycat outfits and single-handedly underscored the double standard a single item of clothing can hold. 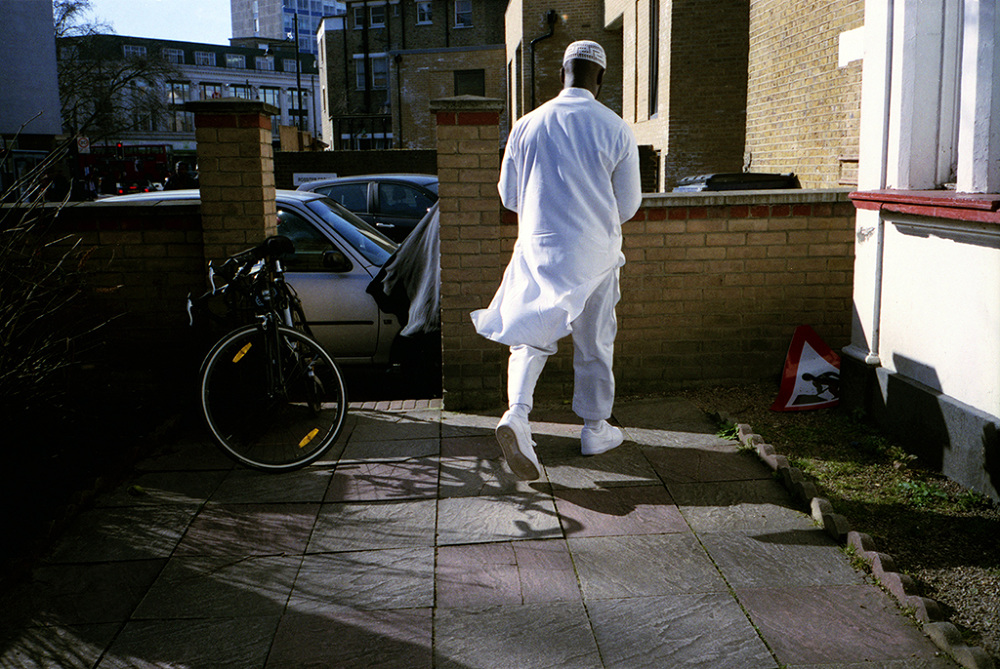 In France, more than anywhere else, this is a real issue: this is a country by and large considered as the capital of chic, where fashion is one the country’s main sources of revenue. It is also a highly multicultural one —although it is rarely portrayed under a non-sordid light— with one of the largest North African populations in Europe. Yet the strictly laïque, or secular, government forbids any sign of religious wear, and has even banned headscarves in all public institutions. Unless—and this is where the problem arises—the latter is a fashion statement. We’re the capital of la mode, remember?

One anecdote perfectly sums up this revealing contradiction. About a year ago, after the burkini affair blew up in France, requiring women to strip naked on a beach if they wear modest swimwear. Then a “Muslim-looking woman” (I quote local tabloid press) was snapped and harassed on the street for wearing a burqa. It later turned out it was in fact Janet Jackson in what appeared to be Yohji Yamamoto. “Abaya or minimalism?” questioned the puzzled press. Although some politicians such as Laurence Rossignol, France’s former ministry of women’s rights, viewed it as an imprisonment of women, and any kind of religious wear as directly connected to radicalization, another underlying problem is revealed here, albeit one of a more social nature. Had Janet Jackson been white, the media wouldn’t have blinked.  But through the blurry lens of a Tabloid reporter, she had accidentally been mistaken for a ‘racaille’  – pretty horrendous slang that means scum and roughly designates “youth of African or north African descent”. She had temporarily received the treatment second generation immigrants from former colonies here get subjected to on a regular basis, when suddenly one’s skin tone frames the interpretation of your outfit. 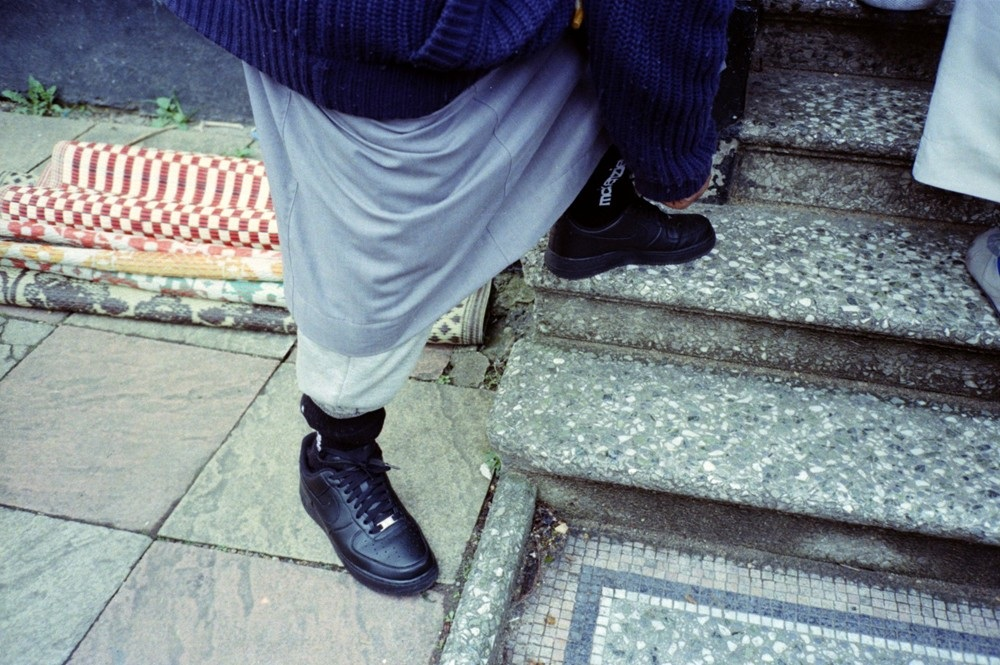 A Moroccan friend of mine once complained that the current luxury sportswear trend is a very white one: “you need to look Scandinavian for it be perceived ironically and not read too literally: I wear a designer hoodie on the metro and I get searched by security.”

And this is the sad truth about this “Salafist or hipster” test: it’s a game policemen play unconsciously all day, as they patrol through hyper-militarized, post-Attack Paris. And the ones who pass the test and don’t risk harassment, body search, unsolicited violence, are the fairest ones of them all – and at a time where police violence such as the notorious Affaire Theo or Adama remain uncondemned, where systemic racism is rampant and resumes are to be delivered with a photo, it’s time Paris questions to what extent fashion can truly be considered a medium of self expression.