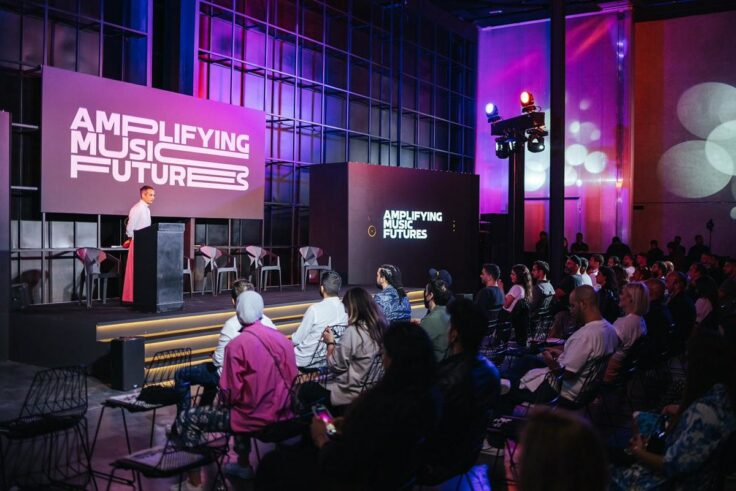 How XP is Changing the Future of Music in the Region

A new way of exploring music

You’ve probably already heard of MDLBeast, but has XP been on your radar? It’s the region’s first music conference, and it just might be changing the Arab world’s music industry.

Looking from the outside in, the string of talks and masterclasses led through XP stamped a real cultural shift for everyone in the region. But it was even more felt by the kingdom’s creatives who were the first-hand witnesses of this wave of change.

For far too long, connections between the architects of the Saudi scene were secluded to the digital world, and so, the event became Saudi’s haven and magnet for a truly talented mix of crowds stretching from teenagers to amateur, experienced and even confirmed art-minded people.

The organisers seem to have understood the self-appointed assignment. Yes, inviting stellar names to perform is important but the focus since 2019 has altered. Now more than ever, the festival aims at amplifying voices that were once muted and. Many of the  A-listers performing at the festival also took part of the conference , sharing their precious insight on the industry to help shape the generations to come.

Some of the main speakers included Saudi Singer Tamtam, Iraqi multi-hyphenate Narcy, American DJ Steve Aoki, Chaz Jenkins from Chartmetric and Omar Basaad from Coexist Records to mention just a few. Tackling a broad range of subjects and topics, this year’s rendition of the XP format was an exhilarating moment for all involved and surely one that will be remembered

It was quite hard to cut through the noise and enthusiasm generated by festival-goers. To be fair, a stellar lineup was invited to turn the volume up over the past four days for the . From David Guetta, to DJ Snake, The Blaze, Amr Diab and even Nancy Ajram, the capital city of the kingdom became the music capital of the region and it was for the ultimate pleasure of everyone taking part. But XP singled itself out well, largely  due to the palpable excitement and meaning this cross-disciplinary event carried from within itself.

The industry-building initiative debuted by this year’s cohort of speakers, was a first in the Arab world, and certainly much-needed in a region that’s budding with new talent. XP is among many of Saudi’s recent activities under Vision 2030, cementing the Kingdom as a cultural leader.

Unfortunately however, XP’s sister event Soundstorm, saw issues with safety. Although an anti-harassment campaign was put in place, the festival still suffered from this issue as many cases of groping were reported all throughout the event. As such, MDLBeast 2021 can only be lauded partially waiting on these issues to be eradicated completely to finally become the Arab World’s reference gig.