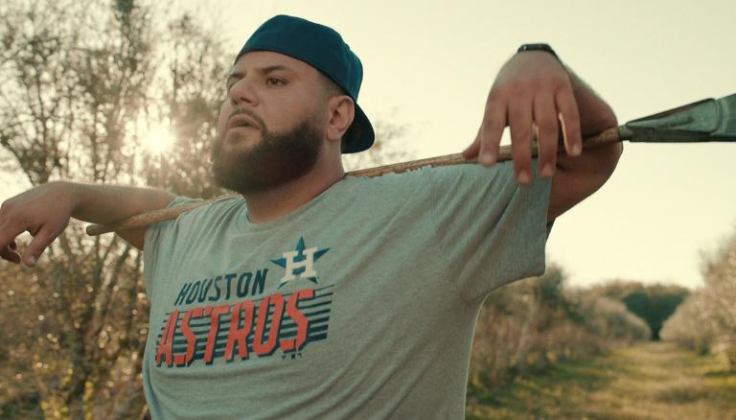 In Conversation With The Man, The Myth: Mo Amer

Comedy, Yeezy’s and his new series

As people say, laugh and the whole world laughs with you, weep and you weep alone, but there’s one person, obviously hailing from the region, that’s managed to make people collectively chuckle at his not-so-easy life experiences. That person is American-Palestinian comedian Mohammed Amer, who is best known for being a proud Arab on top of being a hilarious stand-up comedian.

Having made thousands laugh over the past two decades, his life mission of putting smiles on faces has seemingly reached its peak, with his new portrait series Mo finally coming out on Netflix after a long month of teasing and, what seems like, years of waiting. Seen active on stages since the late 1990s, the hip-hop head and Yeezy-lover now dons his adoptive country’s comedy scene with enough wit and grit to make ‘yo momma’ jokes sound outdated.

Co-created by Amer himself alongside Golden-Globe-winning actor and screenwriter Ramy Youssef, the show recounts Mo’s own personal story that’s incredible, lighthearted and far too common for refugees all around the world. Mo’s engine is fueled with the trauma of displacement as his family fled their native Palestine in the 1940s, a war-torn Kuwait in the 1990s, until they finally made their way to a seemingly peaceful suburban town in Houston, Texas.

Documenting the comedy and tragedy of his family’s journey towards the American asylum experience, ahead of the striking series’ release, we caught up with the man himself to chat more about his newest audiovisual venture.

How autobiographical would you say the series is?

It’s hard to give an actual percentage, but a lot of it is based on my life. Things about my father, what he had to endure during the Gulf War, how I found out about the war, are all real. The flashbacks are very grounded in reality, and what those experiences were like. There’s a lot of things throughout the storylines, like selling stuff, just trying to make it, working under the table, those are all very autobiographical.

Obviously, we fictionalized things in the series. We added our own seasonings to enhance everything, but you know, it’s all really grounded in the DNA of my experience.

Obviously, that experience must not have been easy. Would you say that comedy is your avenue to tackle heavy-hearted topics?

Yeah, I mean, that’s my fascination with stand-up comedy. There’s only three indigenous art forms in America: Jazz, Hip-Hop, and stand-up, and it was deeply fascinating to use the latter to tell the truth, and also make people laugh.

Obviously, we’re doing this using a very different medium: a television series. So it’s a completely different ballgame, but the bottom line is that comedy is a phenomenal tool to talk about something that’s painful, and bring these topics to life.

I think so long as you can make people laugh, it means they’re hearing your voice. It breaks down barriers, would you suggest that is the case with Mo?

While this story is deeply personal to me, I believe in the story being completely universal and relatable, it’s not intended to be one-sided.

Sure the story is about a Palestinian refugee family, but it’s not exclusive to only Palestinians, Arabs or Muslims. I think anyone can relate to it as it’s a human story. It’s a family dealing with grief, relationships, trying to build a better life for themselves.

It’s a story for everyone that has struggled, even if you’ve never dealt with immigration processes — it gives you a funny insight of what my experience was like.

I think even if you didn’t intend it, it does highlight some elements of activism, right?

I guess that could be looked at that way, but that’s how art has always been. I can’t really control what people feel while watching the series, but I can just tell you that my goal is to trigger more empathy and understanding, rather than straightforward activism as per say. Not to sound too corny, but we’re trying to bridge that gap.

It’s really just about creating a great piece of art with a highly relatable story that people can empathize with.

How was it working with Rami Yousef?

I mean, he’s like a brother to me, we’re very close. When I first wrote the flashbacks for Mo about eight years ago, I shared them with him before he came up with his own show. I know that we inspire each other. I inspire him, he inspires me, we support each other and both tell great, unique stories.

After watching a few episodes, I really admired the ‘hustle hard’ mentality mirrored in the show. Would you describe it as inspirational?

Yeah, it’s not only just the hustle hard thing… But let’s face it, there’s never been a television show starring a Palestinian with a background like mine which is pretty phenomenal. And I pinch myself about it pretty regularly!

I think It’s naturally going to inspire people, like if you see one of your own on television, it does something to you, it tells you your dreams are very achievable.

Okay, let me break this down: they’re highly fashionable, and they’re extremely comfortable! Kanye West single-handedly resolved my lower back issues and raised my fashion sense!

They’re so incredible. I buy them for random strangers, I swear to God!