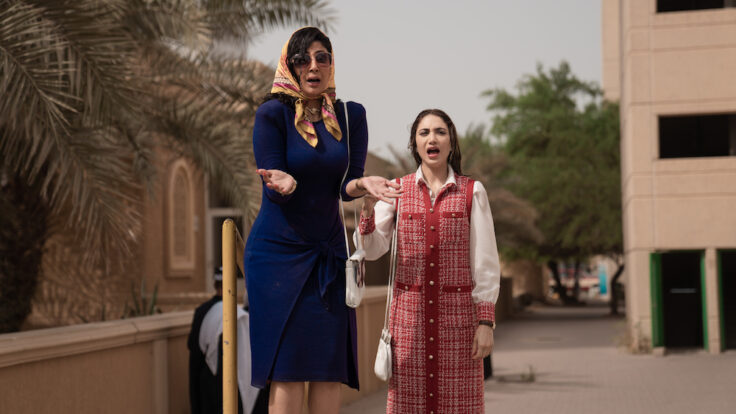 The trailer for Netflix’s first-ever Kuwaiti series is finally here, and it’s not a moment too soon. The Exchange, created and written by Nadia Ahmad, Anne Sobel, and Adam Sobel, and directed by Jasem AlMuhanna and Karim El Shenawy, is set to launch on the streaming service on Feb. 8 to everyone’s delight.

Inspired by true events, The Exchange, which takes place in 1987 in Kuwait, focuses on two cousin rivals who made their way to the Kuwait Stock Exchange at a time when the idea of women in the workplace was unheard of. At the center of the story is Farida Adib Mamoun (Rawan Mahdi), a recent divorcee who, after discovering that her ex-husband has decided to stop paying their daughter’s private school tuition, decides to take matters into her own hands and blaze her own trail in a male-dominated space alongside her fiery cousin Munira (Mona Hussein), who has already carved out a space in the Kuwait Stock Exchange, where she buys and sells stock as a Clerk for the Bank of Tomorrow’s Trading Division. Told over six 45-minute-long episodes, it’s a laser-sharp depiction of what it’s like to be a woman carving out her own space in a patriarchal society in 1980s Kuwait.

The cousin’s relationship at first is laced with embittered energy, yet those feelings quickly dissolve when they realize that they need to truly put their differences aside and work together rather than allow the patriarchal structure that they live within drive a wedge between them if they want to pioneer a new path in the male-oriented industry. It seems that the real battle is working tirelessly to prove your worth as a woman in a cutthroat workplace while dealing with society’s many prejudices towards single mothers and women who chose a career over marriage.

Last week, MILLE caught up with the show’s creators to discuss how the series came about and the conversations they hope The Exchange inspires. Read the full interview below.

Q: How are you feeling ahead of the release?

ANNE SOBEL:  Like a big ball of anxiety and excitement.

ADAM SOBEL: We’re very excited. Of course, we have some anxiety about the show coming out and, you know, that’s when it becomes really real. But it’s mostly excitement.

Q: How did your involvement with The Exchange come about?

NADIA: The Exchange was my passion project, my love letter to the women I grew up watching who shattered glass ceilings and became titans of industry and progress in Kuwait. I then involved my long time collaborators in the project in 2017 and the ball started rolling from there.

ANNE:  We met Nadia in 2013 and we really wanted to tell similar stories about women. One morning, she called me on WhatsApp and she pitched the bare bones of this idea and she wasn’t even sure it was a good idea. And the minute I heard it, chills went up my spine and I knew. I immediately connected to the idea and when I shared it with Adam later that day, it was just like chills up his spine as well. He had all these incredible thoughts about it. And so that started the conversation and we sat on the idea for two years and just knew it was good.

ADAM: It really starts with Anne’s friendship with Nadia, which was forged back in 2013. Nadia, Anne, and I worked together on other things and then Nadia had this idea for the series. Nadia called Anne and told her this idea. It took time of course, but eventually we were able to devote some of our own attention to it and we pitched it to Netflix and they liked the idea.

Q: No spoilers, but is there anything you can share about this series that you’re excited to watch people receive?

NADIA: I’m excited to watch people receive not only Farida and Munira but also young Jude. In addition I can’t wait for the feedback of men who love the stock market!

ANNE: I’m most interested in the conversation that happens around the show and hope that it provokes thought about people and human interaction, and women, and families. That those become layered and compelling and complex conversations inspired by some of what they’re seeing through the characters.

ADAM: What I’m most interested in seeing is how people react to it and to these characters. This is a show featuring two female characters that are a representation of women that is extremely rare to see— anywhere. It’s even more rare to see Kuwaiti women represented this way. And so that’s what I’m excited about, is to see how people react to that. You know, so much of our interest in telling these types of stories were born out of these students that Anne had when she was a professor at Northwestern University in Qatar. And, most of her students were 18 to 22-year-old women who were from the Gulf largely. They spoke to us a lot about how they wished that there were more diverse representations of women on screen, but especially women from their region. So I think that gauging their reactions will probably be my biggest joy.

Q: So, what kind of conversations do you hope that the series inspires?

NADIA: I hope the series inspires young men and women to aspire for more, to not settle, to know what they’re worth. I hope those are the kinds of discussions it sparks amongst our viewers.

ANNE: I hope that people think about the spaces that women are allowed to enter in terms of the workforce and how we can ensure that women live up their full potential. I think the thing that was really notable to me when writing the show that honestly feels as true in 1987 as it does now, is that for women who are extremely intelligent or savvy in whatever their field is, there’s generally not that many opportunities for them or places for them to go. I think that I’m pretty fortunate and that I’m actually getting to apply my gifts to their highest potential, but a lot of women have not been able to do that in their lives. I think  work is really vital to the human spirit, and we learn from work and we grow and we challenge ourselves and we get empowered, you know spiritually and financially through the work that we do. And for Farida and Munira, there just wouldn’t have been that many places for them to go at that time. And the fact that they toughed their way into the Kuwait stock exchange and were really able to fully stretch themselves the way that they did is incredible. So I think that that needs to be an important conversation. 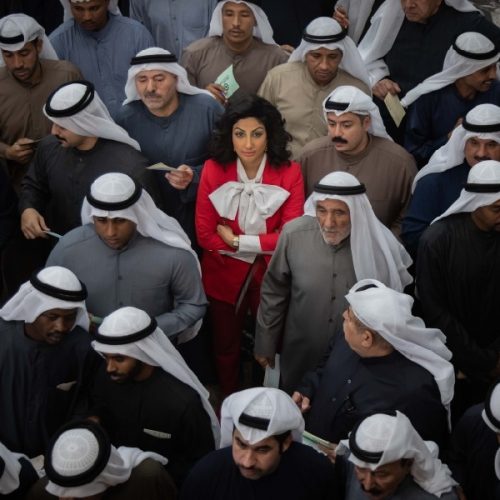 5 New Arabic Shows Worth Canceling All Your Plans For 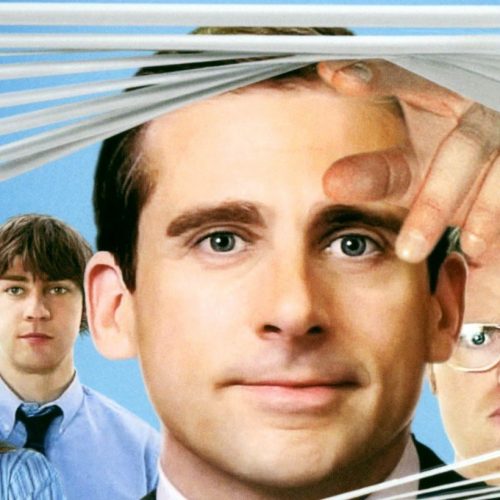 Arabic Version of The Office Confirmed