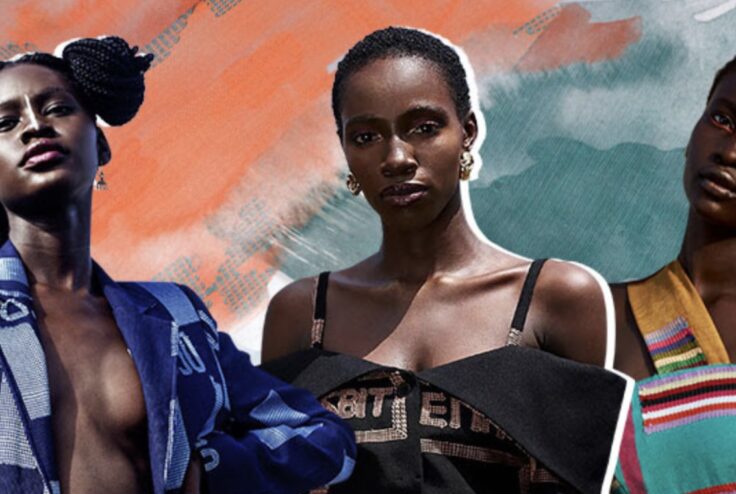 White, western designers have long-dominated the fashion world. In many ways, they still do; though the landscape has grown more diverse in the last few years, with Virgil Abloh’s appointment as Creative Director of menswear at Louis Vuitton becoming symbolic of the industry’s changing face.

Even with designers like Elie Saab, Zuhair Murad, and Mowalola making their imprint on the fashion industry, it’s fair to say that for those who don’t operate in a Western space, breaking down the doors has always been difficult if not impossible for most.

Thanks to recent efforts and a wider conversation erupting around race relations and colonialism, a number of new independent platforms for emerging designers have broken the mould. Enter Industrie Africa: the digital showroom-turned retailer that is playing a major role in making that happen.

Since launching in 2018, the platform has made itself home to a host of African fashion designers, becoming not only a space where their stories and creations can be showcased, but also a curated space where African design can play on a global playing field.

And whilst Industrie Africa’s existence as a virtual showroom has been necessary, it just got even better. The platform has officially transformed into a fully-fledged e-retailer, making African design more accessible than ever.

Whether you’re on the hunt for a particular piece you’ve been eyeing up, or looking to discover new emerging African designers—Industrie Africa is where you need to go.