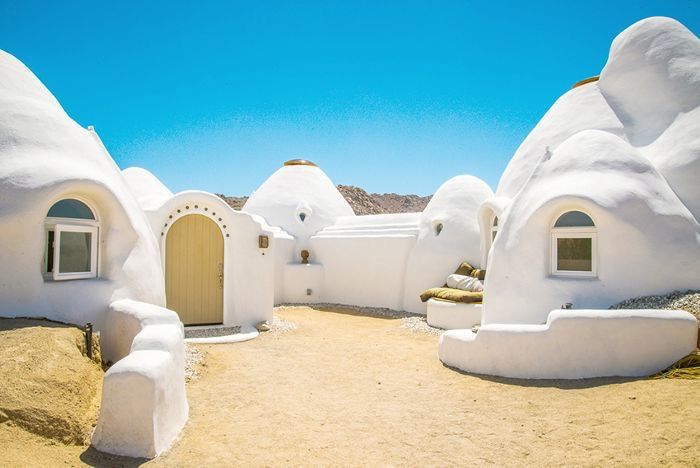 Sustainability is no longer an option – it’s literally the only way we’re going to survive. The world is facing its biggest climate crisis yet, one that’s bound to leave many of us forcibly displaced, joining the 23 million refugees already scattered across the globe.

But what if I told you that a viable solution exists. A solution that would provide shelter to the millions of currently displaced people, as well as the millions more who will inevitably find themselves displaced in the future.

Experts estimate that we’re a mere 10 years away from a massive climate crisis. We’ll be living on a planet whereby severe droughts, floods, extreme heat and poverty will become the norm. And in case you weren’t aware, 13 of the most susceptible nations are right here in North Africa and the Middle East. But it’s not all gloom and doom – this is where Superadobes come in.

Pioneered by late Iranian architect Nader Khalili, Superadobe homes could be the ultimate solution for sustainable housing. The idea began in the mid 1970s, after Khalili left behind his architecture firm (which was responsible for building skyscrapers in Tehran and Los Angeles) and embarked on a five-year motorcycle trip across Iran through its many villages.

And this is where he constructed his vision: homes made of the planet’s simplest materials that would go on to house the world’s most vulnerable. Years later, he manifested his dream and developed the Superadobe technique.

The best part? Building a Superadobe is (literally) dirt-cheap. One requires only filling up woven polyester bags with soil or clay, layering them on top of each other to form the structure, coiling them together with barbed wire. Its simple construction is what led to  Khalili being invited to NASA to work on building homes on the moon.

But Khalili, whilst motivated by his plans for space, was unapologetically concerned with the crisis planet Earth was facing. His design were, and still are, an unequivocal solution to the housing crisis we’re inevitably heading towards.

Superadobes are also disaster-proof and have been endorsed and used by the United Nations, spearheaded by Cal-Earth, the non-profit organization Khalili founded in 1991, currently run by his two children Sheefteh and Dastan Khalili.

The structures were piloted in Za’atari camp in Jordan, and currently house its refugees. In Nepal, an orphanage built using the Superadobe technique withstood the earthquake that shattered the nation in 2015. And in California, four Superadobes stood tall and unaffected by last year’s devastating wildfires.

The visual appeal of Superadobes, which is most likely not a principal feature for Khalili, is also undeniable. Kanye recently released images of prototypes for his own new housing solution, but considering Khalili made his patented superadobe technology free and available for use, it’s a shame he didn’t apply the tried-and-tested technique.