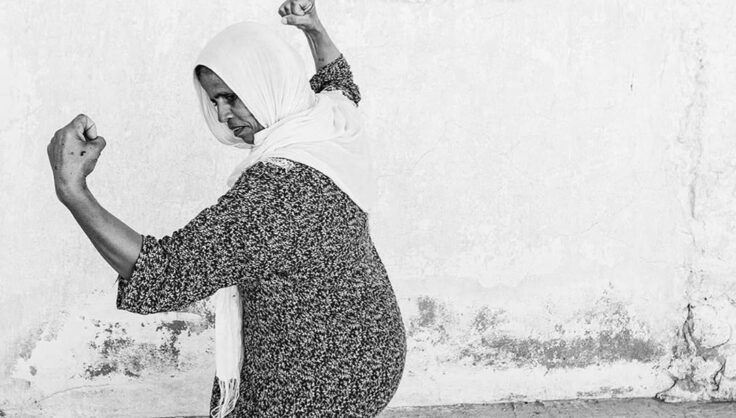 Is the Future of Democracy in The Arab World?

Liberal democracy is broken but Arab youth is building an alternative

Today upwards of 2.1 million Lebanese citizens are on the streets, since the February 16, 2019 Algerians rose up in millions and are still protesting, both nations fighting against a political system that they deem unjust, and corrupt. In Iraq, which has the fourth largest oil reserve in the world, citizens have taken to the streets to fight against corruption, unemployment, and inefficient public services, and were met with violence.

The common thread throughout the movements has been injustice and social inequality, which in turn has triggered immediate calls for change.

Could these movements prove to be pivotal in putting the contemporary form of democracy to question? As it currently stands, the idealized form of democracy is riddled with western tropes dominated by fair elections.

With half of American voters currently in favour of Trump’s impeachment, Boris Johnson being the UK’s second unelected Prime Minister, and France’s Yellow Vests movement, the west’s democratic structures just don’t seem to cut it anymore.

Following the victory of law professor Kais Saied, who vowed to fight corruption and promote social justice, in the Tunisian presidential elections earlier this month against media tycoon Nabil Karoui, The Washington Post described the win as a ‘democratic success story’, sparking a debate about whether the future of democracy lies outside of the west. I couldn’t help but agree.

Westerners Are Dissatisfied with Democracy
“Democracy is the worst form of government except for all the others,” said Winston Churchill in 1947. Yet it’s clear that there is a growing dissatisfaction with liberal democracy as it practiced in the west. It is then fair to say that the form of democracy currently governing most western countries is no longer adequate.

Don’t get me wrong—France, the UK and the US aren’t straight authoritarian regimes. But since the late 20th century, the policy-making of those states has been controlled by the interests of global capitalism. This means that although citizens are invited to participate in the public debate,  the government in power would have to protect the vested interests of the so-called 1 per cent as opposed to governing towards the interest of the whole.

What’s even more worrying is that although the west faced its worst financial crisis since 1931 in 2007, it seems like the foundations of its neoliberal system have remained intact, quasi-unchallenged. Whereas in the Arab world demonstrations have brought about the ousting of self-proclaimed democratic leaders, Bouteflika, Omar Al-Bashir, and more recently the resignation of Lebanese prime minister Saad Hariri. With exception of the ruling monarchies in the region, Arabs are challenging the concept of democracy.

The Failure of Multiculturalism in Western Democracies
As western societies become increasingly more diverse, one could naively think that they would become more inclusive. But this month in France, a hijabi woman, who was accompanying her son at a school field trip at the regional council was asked to remove her veil by politician Julien Odul, because she supposedly wasn’t respecting the French secularist values.

If liberal democracy is said to promote egalitarianism, how is it leaving so many citizens feeling ignored and disempowered?

Outside of the West, New and Healthier Democracies Are Emerging
Western democracies have continuously tried to aggressively implement their restrictive model abroad, implying the refusal of  ‘difference’, often at the expense of pure moral values and legal justifications.

But the movements we’re seeing emerge in the region (and elsewhere, in Chile, Brazil, Venezuela, Albania, Russia, for example) are showing that youth outside of the west are ready to collectively break entire structures, and to build societies where the well-being of their citizen prevails.

For many around the world, the west is no longer Eldorado. They are showing there’s another (hopefully better) way.