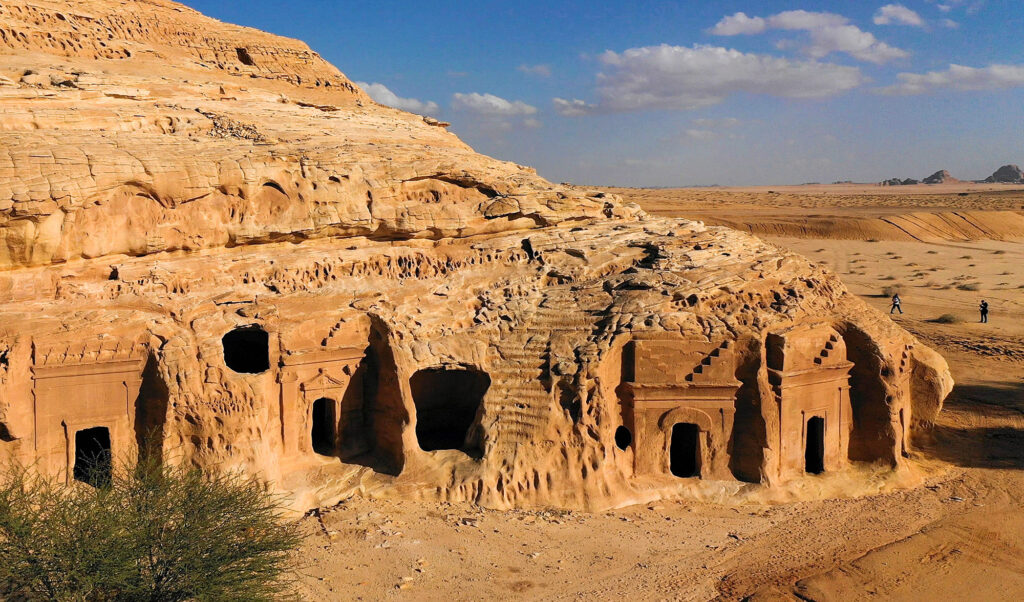 When it came to designing the Louvre Abu Dhabi, architect Jean Nouvel looked to traditional Arab architecture as inspiration. With the museum featuring a huge patterned dome and 55 white structures below it (used to display specially commissioned installations), the acclaimed architect drew up the designs inspired by the Emirates.

Hailed for his design and the respect it payed to the region, the French architect has taken on yet another major project in the region, this time in Saudi Arabia. Nouvel was just announced as the architect of a new luxury resort in the kingdom’s age-old and most archeologically important location, AlUla.

Plans for AlUla’s revamping were announced by Crown Prince Mohammed Bin Salman in February as part of the wider changes taking shape in the nation with Vision 2030. Jean Nouvel was given the task of transforming AlUla into an international tourist destination, with particular attention paid to its expansive nature reserve. The project, which is currently known as Al Sharaan Nature Reserve, will span 925km.

And now, the world-renowned architect cements his footprint in the region even further, as he will also be behind a luxury resort in the middle of a valley in AlUla. And not to worry, it won’t disturb the natural environment. Nouvel wants to celebrate the surrounding landscapes.

“To be able to frame the Sharaan landscape at different heights is amazing, discovering the distant horizons, discovering the different qualities of light. It will also mean inventing, based on the irregularities of nature and geography. Architecture helps in this. Art helps. We should see what is built here as art,”  he told The National.

The resort will include five villas, 40 residential estates, 25 suites, a luxury spa (of course) and a host of restaurants. The project is set to be completed in 2023, and we can’t wait to pay it a visit.