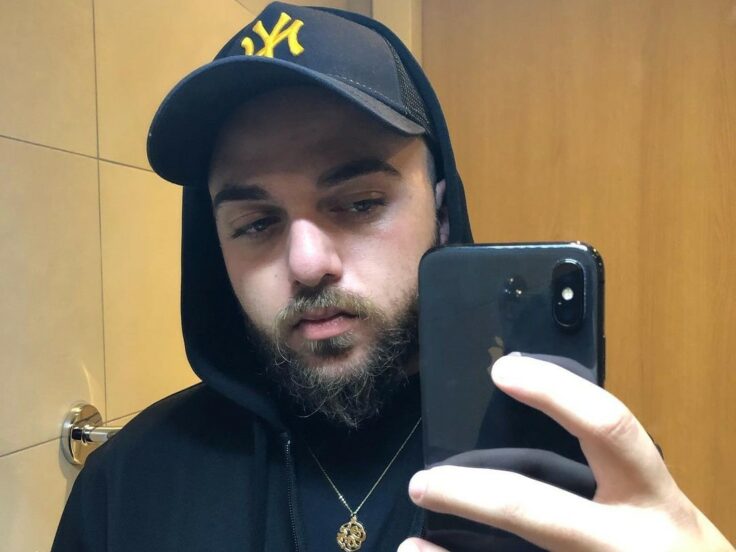 Disco, Funk and House have never sounded better than with an Arab touch

Jordan is often perceived as an odd intruder in the Arab World when it comes to culture and music. In a region monopolised by Egypt’s claim as Mother of civilisation’s (Um El Dunya) and Maghrebis as proud representatives of the heartfelt Raï and chaabi movement, the Hashemite Kingdom has had a hard time playing its cards right.

Although many may doubt the existence of an intrinsic music scene to be visible within the Kingdom, the recent years have witnessed the birthing, establishment and flourishing of an independent scene with the help of several overly devoted actors.

Out of the main engineers stands Karam Risheg. Founder of the eclectic and noisy House of Afandi, the Amman-based producer, composer and manager has always had an eye for music. But to him, pianoing on an electronic pad means more than just making music. It’s about belonging to a community, recounting its stories and many tales for the audience to relate to during the time of night while cultivating an industry at the same time.

Passionate and expressive, we caught up with the young autodidact to shoot the breeze discussing entrepreneurship, progress in the musical landscape and future milestones for Jordan’s up-and-coming label and scene to reach.

You told us that you made your first steps in the industry through the founding of House of Afandi, a crew that rapidly transformed into a Funk & House record label. What pushed you to launch this initiative?
I was scrolling through my Instagram feed and came across a post from Boiler Room about Folamour’s set and I immediately fell in love with the sound and the energy that came with it even more. It just felt right. I started testing the sound in local venues and I eventually hit up Jakob Hidmi, who was one of the first DJs to play this kind of sound here in Amman. Jakob connected me with a few other DJs and we eventually became a family.

Why Funk and House music specifically, genres that are not the first ones to come to mind when we think of the Middle-Eastern musical scene?
I think because we’re the first disco/funk/house music collective and record label in Jordan and we truly are a big family, it worked out for us very well. The sound & the energy that it carries is needed in Amman and it just felt like an obligation to make sure that it happened here too.

As the first Jordanians to have residency at WorldWide FM, it seems as if you’re proudly reppin the Kingdom and placing it high on the map. How does it feel?
It feels wonderful. To be able to have conversations with artists and musicians that I know or even work with on a much deeper level and connect with each other is something that I truly enjoy. We keep it as real as possible with everyone and it’s always been nothing but love to the rest of the scene whether we see eye to eye or we don’t. I want us to be an example for the younger generation. The ones who aren’t exposed to the scene as much as us. The ones who are still figuring things out and just trying to find their sound and identity. No fake stuff will ever prosper and we want to grow with the ones who want this just as much as we do to not say more. Our hunger got us to where we are right now and we’re just getting started.

Composition and production are not the only arrows to your ark. Recently involved with the management of several artists including Nawal,  and a few more artists, why did you give yourself a shot at management?
I’ve always been interested in the business aspect of music and artist management and I think it became a part of my role as a record label owner. It was something that I had to be extremely familiar with even more and be able to excel at my craft. Besides HOF, Nawal was really the one who pushed me even more into artist management and just took it to the next level from there. We’ve been working together for the past year and I can definitely say that she’s easily one of the greatest people that I’ve met and I am absolutely honoured to be working with her.

Another person who encouraged me even more is actually Sarah Salah, Molotof‘s manager. Our conversations went from our heated debates about Liverpool and Manchester United to me going to her for advice and learning from her and I think because we both mutually respect each other and always show love, it’s something that I truly appreciate having and i’m very grateful for her. I am working with a few more artists as well. Only a matter of time is all I can say.

Was there a real need for you to be behind the scene to try and build sustainable foundations for an intrinsic Jordanian scene to develop?
I want to make sure to leave my fingerprint on the scene through my work honestly. I want to see the scene to keep on growing day by day and being a part of that process is very important to me. I believe in my work and in the ones who truly put it in the effort to grow with the scene continuously, it’s a team effort really. I just hope we’ll be able to pave the way for the younger generation in order for them to take things to the next level.

By the sounds of it, it has been a busy year being Karam Risheg and you’ve been hitting all the nails on the head by reaching impressive milestones. What can we expect from you, Afandi and the Jordanian underground scene in the times to come?
To always stay busy. HOF will be dropping a few projects from its members throughout this year as well as collaborating with a few other artists within the region and abroad as well – I’m super excited about that. We’ve also been working on some ventures for the past year and I guarantee you that we’re taking things to the next level. And Besides HOF, I have closely been working with a few local artists and producers too. We have a lot of stuff dropping soon, definitely stay tuned and keep an eye out for what’s next. I really wouldn’t have been able to do the work I’ve been doing without the support I got from my boys Amro Malhas, Jakob Hidmi, Oun Jweinat, Hamzeh Ali, and Faisal Naber.