Is this the end of Kimberly’s Balenciaga era?

Kim Kardashian has finally decided to break her silence over the Balenciaga campaign controversy, after fans have been urging the entrepreneur and reality television star to denounce the brand amid the ad scandal. The mother-of-four took to her Instagram Stories and Twitter this week to reveal that she is “re-evaluating” her relationship with the brand she works with frequently after it published a since-deleted photoshoot that featured children posing with teddy bears that appeared to be in bondage.

“As a mother of four, I have been shaken by the disturbing images,” she wrote. “The safety of children must be held with the highest regard and any attempts to normalize child abuse of any kind should have no place in our society — period.”

She explained: “I have been quiet for the past few days, not because I haven’t been disgusted and outraged by the recent Balenciaga campaigns, but because I wanted an opportunity to speak to their team to understand for myself how this could have happened.”

Kardashian stated that she is “currently re-evaluating my relationship with the brand, basing it off their willingness to accept accountability for something that should have never happened to begin with — & the actions I am expecting to see them take to protect children.”

She continued: “I appreciate Balenciaga’s removal of the campaigns and apology. In speaking with them, I believe they understand the seriousness of the issue and will take the necessary measures for this to never happen again.”

After the photo shoot went viral, the luxury label issued a statement apologizing for its holiday campaign saying, “Our plush bear bags should not have been featured with children in this campaign. We have immediately removed the campaign from all platforms.”

The brand also issued a separate apology after eagle-eyed Twitter users spotted a US Supreme Court document relating to child pornography laws featured in a different ad campaign. “We apologize for displaying unsettling documents in our campaign. We take this matter very seriously and are taking legal action against the parties responsible for creating the set and including unapproved items for our Spring 23 campaign photoshoot,” the company said. “We strongly condemn abuse of children in any form. We stand for children safety and well-being.” 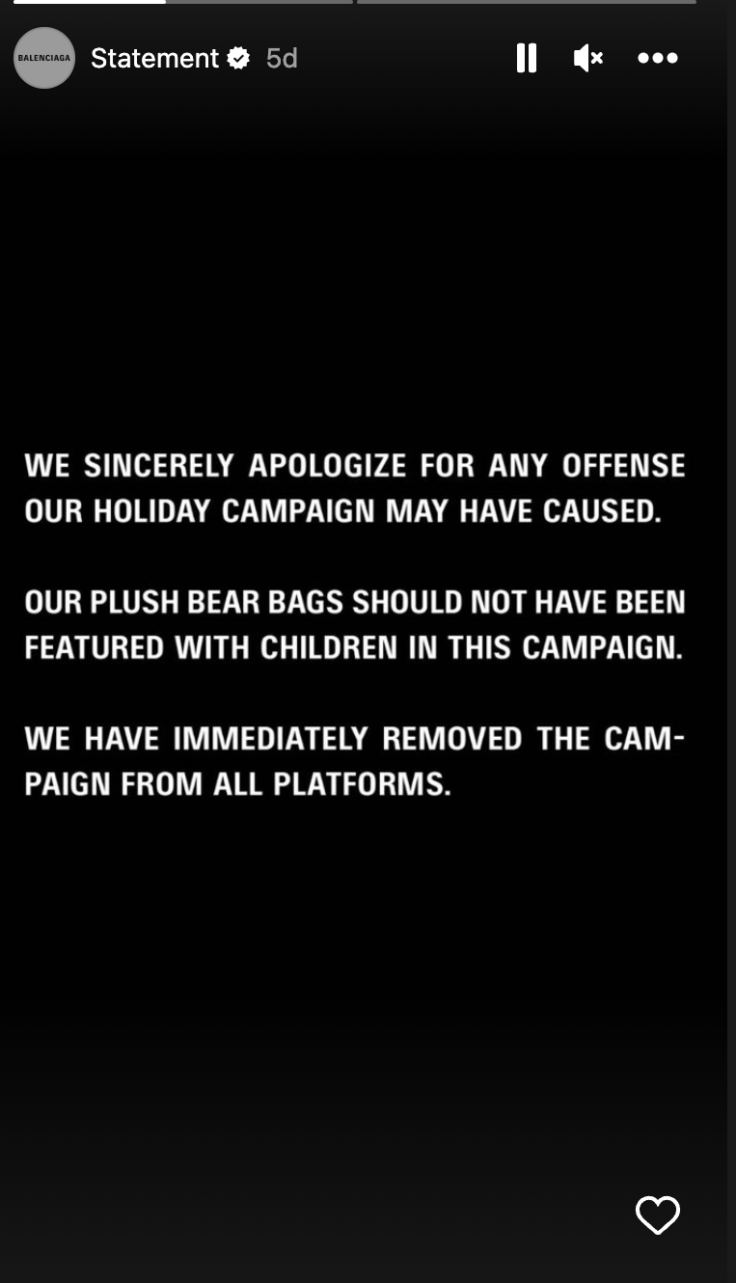 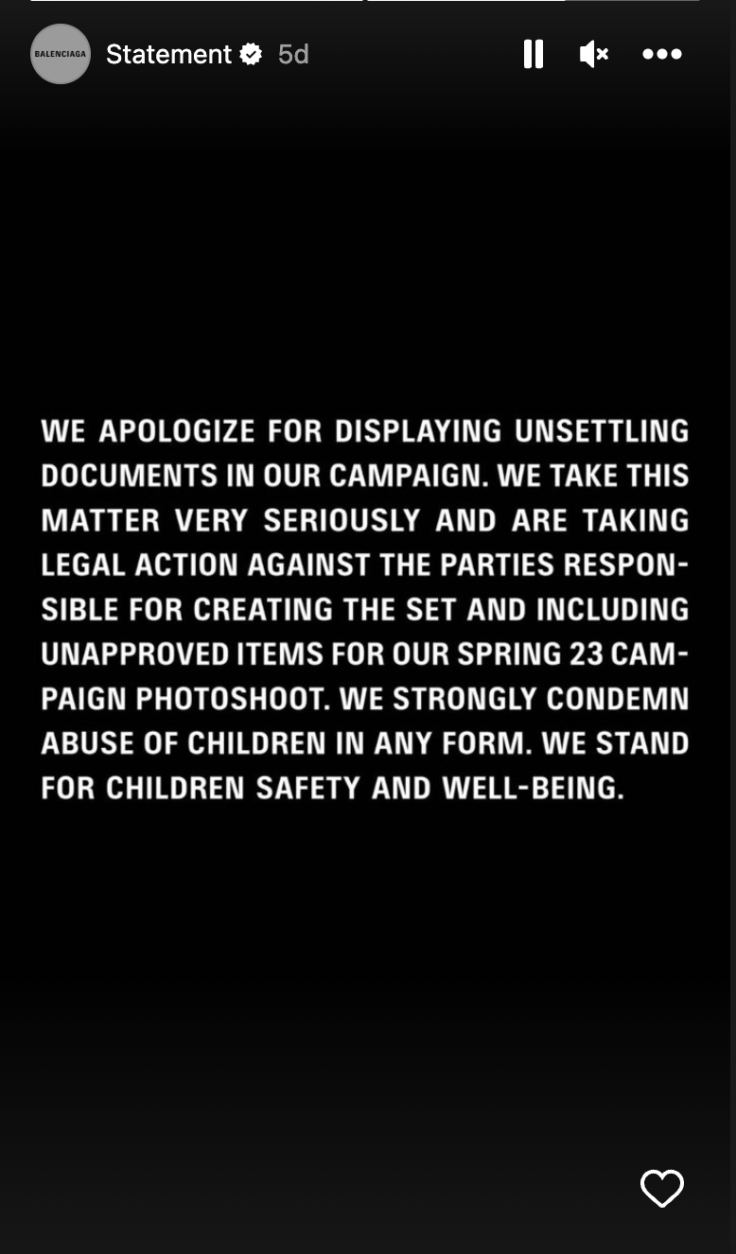 Kardashian frequently wears Balenciaga to major events and in the past was prominently featured in several of the brand’s campaigns, even making her runway debut at creative director Demna’s second couture show for the design house in Paris in July. The ad scandal comes just weeks after Balenciaga cut ties with the SKIMS’ founder’s ex-husband, Kanye West, after a string of anti-semitic rhetoric online.