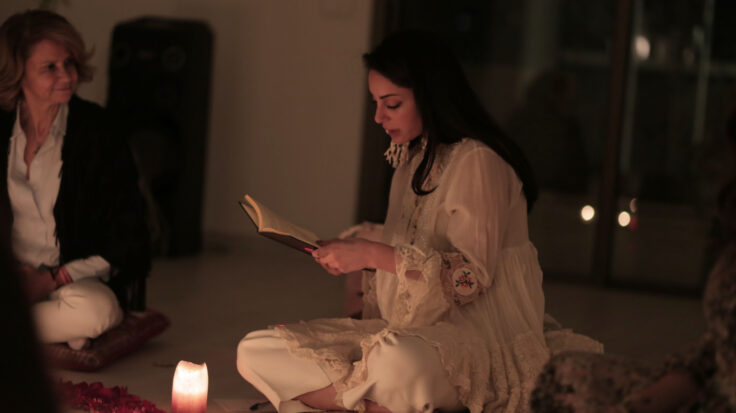 This is how you use femininity to bring about peace

Spirituality is huge amongst millennials these days, but Riyadh-raised Tamara Bijjani, founder of the Women’s Circles (the Beirut-based womens-only healing space) refuses to reduce it to a mere trend.

“When we step back into these circles, we are able to remember what’s buried within us. These things have been suppressed for so many hundreds of years that we have come to fear our power in some way. To see women feel safe to be able to explore that, in my eyes, is a dream come true”, she affirms.

Bijjani, who is Lebanese-Jordanian, recalls feeling drawn to spirituality ever since she was a child, but it took a serious turn when she quit her luxury fashion job in Dubai to pursue a master’s degree in London.

Living with Mexican flatmates who passed on their passion for the spiritual, Bijjani became interested in healing, meditation. “We would hold moon ceremonies in our garden to welcome in the new moon. We would bring along totems, flowers, drums and we would meditate, set intentions, laugh, cry, share and dance”, she says before adding, “They were some of the most expansive days of my life”.

Feeling the healing qualities of the ceremonies, this is when she decided to commit her time and energy to help heal others, and reconnect them with their female energy. Although there was an air of anxiety about having to effectively “come out” to friends and family back home about her new lifestyle choice, her initiative has now proven to be successful. 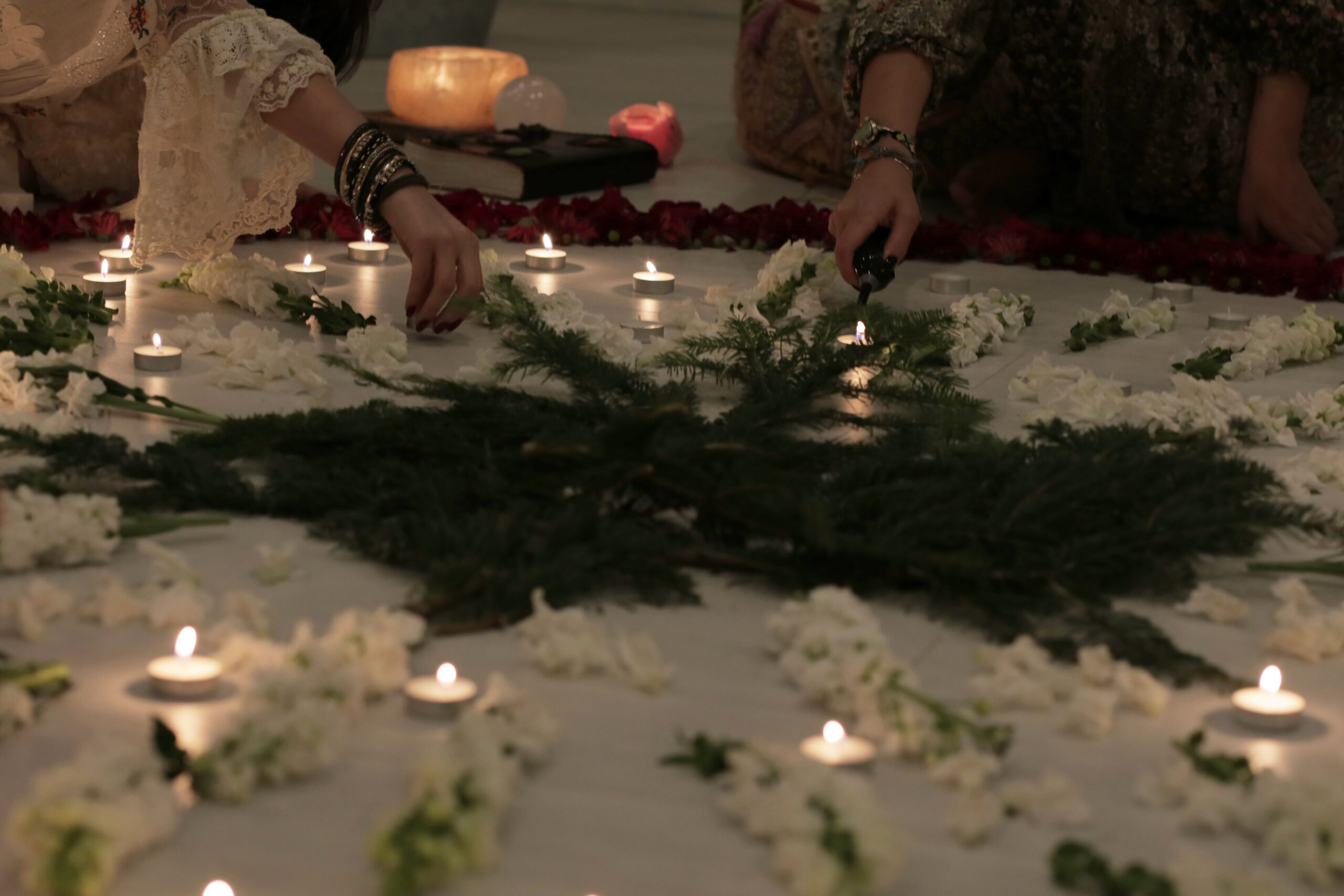 Since holding a number of gatherings last Spring in Beirut—where she recently re-settled— Bijjani also launched ‘The Butterfly Effect’, an online platform where she shares her self-healing best practices with her community. And in 2020, she plans to open her own wellness space where she’ll be collaborating with coaches, mentors and international healers.

During a time when the Lebanese youth are taking to the streets in a bid to fight for the community, Bijjani wants to bring “peace amongst the chaos”, as she puts it. “My work has picked up since the start of the revolution; I went from offering bi-weekly circles of an average of 10 people to weekly circles of 20 people.”

But her primary mission remains to help women embrace their inner power. “I was somewhat of a party girl, always looking for things outside of myself to fill up this gap I felt inside. I am now in touch with a more authentic self”, she explains discussing how healing and spirituality allowed her to tap into gifts she ignored she possessed. 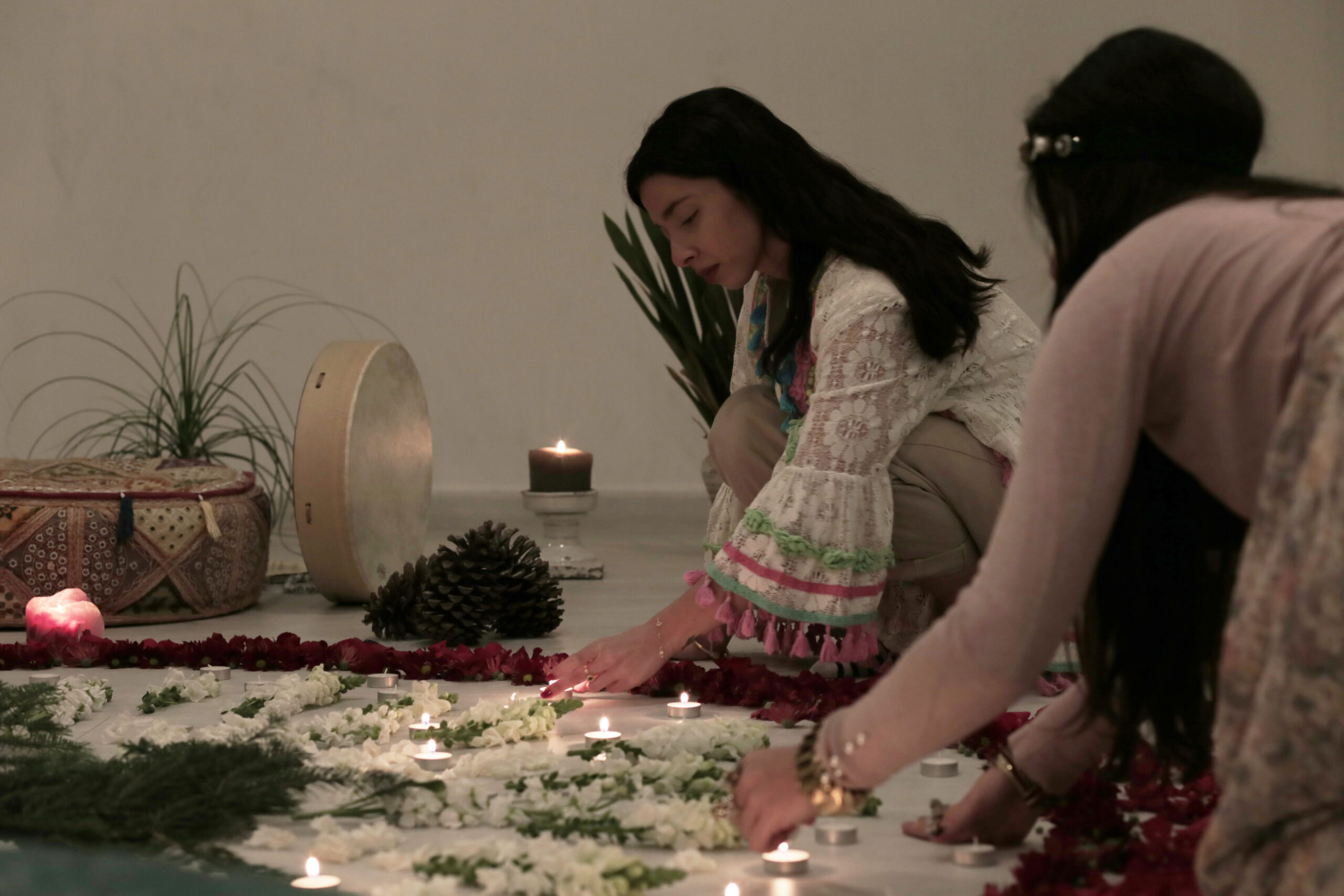 “It’s the women who are now speaking up, screeching through the megaphones, leading crowds with words that are form the heart. They have reclaimed their power and are walking us back to ours, as a united nation. And so, the spaces I am providing are becoming somewhat of a necessity”, she continues.

Encouraging women to find compassion in each other could be considered to be a radical move in such a patriarchal society. And Bijjani is very much aware of that. She isn’t afraid to break the barriers and create a safe space for women in her country.