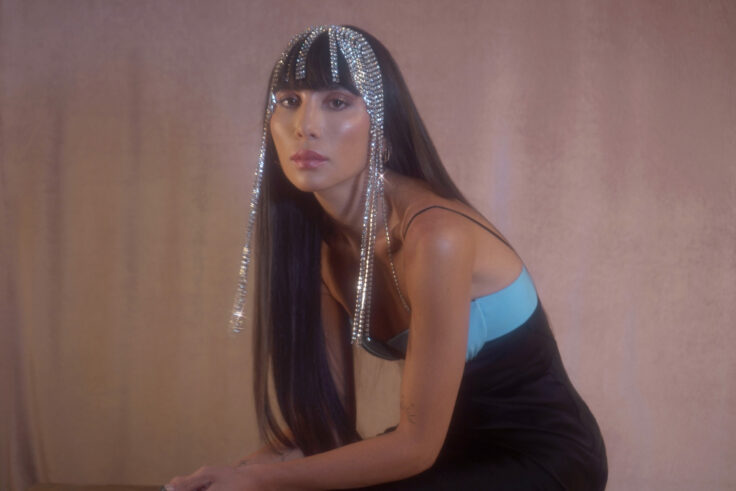 From fashion to music

Two years after Hourani broke into the regional indie scene with her heartfelt single “Ella Enta”, the visual artist and influencer has dug deeper into her musical side and released her much anticipated debut album ‘“Ensanein”.

Already a prominent name in the fashion industry, the songstress has managed to garner an impressive community of 40,000 monthly listeners on Spotify alone, proving that her transition was not in vain.

This week, the revered soloist set her promising first album free and it’s definitely going to follow us through this end of year period. To celebrate the launch, Hourani hosted an intimate event in Dubai, inviting key fashion and music figures to watch and carefully listen to several exclusive tracks from her recently released project. Audiences enjoyed her tracks ‘Enti Ana’, ‘Erjaa Shoufak’, ‘Lahza’ among others.

The performance was also accompanied by a screening of a short perceptive film on Hourani’s journey of the past two years as she recorded ‘Ensanein’, showcasing all the ups and downs and challenges stringing this collection of songs.

Being her first, the EP is a strong and stable introduction to Hourani’s young yet promising career in music. She’s successfully introducing what she knows to do best from songwriting to singing and delivering. Her stunning musical capabilities are here put at the forefront of the project and are, as expected, as candid and lush to what she got us used to in the past two years.

In “Ensanein”, Hourani speaks to the two beautifully opposing souls that live inside each and every one of us and muses on the dualities that have defined her artistry and life so far. The 12-track effort is brilliantly produced by Sleiman Damien and recorded by the talented Gio Fikany. It also accommodates Amman-based producer Nasir Al Bashir, and Beirut-based singer-songwriter Zef.

Bringing her own intricate touch and original flavour to the region’s fast blooming scene, we hope to be hearing more from the multihyphenate soon.