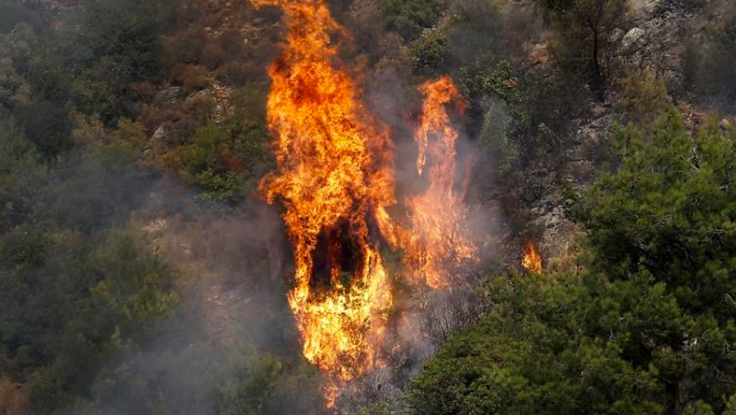 Lebanon is On Fire and This is How You Can Help

In devastating news, more than 100 fires have engulfed Lebanon’s forests since Monday night, according to the Lebanese Civil Defence Directorate. The flames have grown out of control, spreading to villages and forcing residents to flee their homes, putting Lebanon in a desperate state.

While the exact cause of the fire is still undetermined, they are said to have intensified by strong winds and unusually high temperature witnessed during the last few days, leaving the Chouf and Metn regions (where the fires started) as the most heavily affected.

“Lebanon has not seen anything similar for dozens of years, with fires reaching houses and institutions and burning forests home to natural biodiversity,” said Raymond Khattar to Arab News.

Lebanese Red Cross reported four casualties so far, 18 people have been hospitalized and more than 88 have received emergency medical care since the fires began.

Lebanon’s Prime Minister Saad Hariri announced that an investigation will be opened and that in the case the fires were intentional, the perpetrators would “pay a price”.

Firefighters continue their efforts to control the fires, but the fires overpowered the nation’s fire brigades. Lebanon has since called on its neighbouring countries for aid. So far, Greece and Cyprus have responded to Lebanon’s call for help by sending two planes to aid the Lebanese army in fighting the flames.

From political figures to Instagram influencers, many took to social media to bring awareness to the devastating fires. Citizens have taken to the streets to organise initiatives and donation drives to help those affected by the fires.

But for those of us who aren’t on the ground, a crowdfunding campaign has been launched by student activist Dhalia Nazha. The campaign, entitled ‘Help the People’ which you can donate to here, has garnered massive support, with almost $90,000 in donations since its launch on Tuesday.