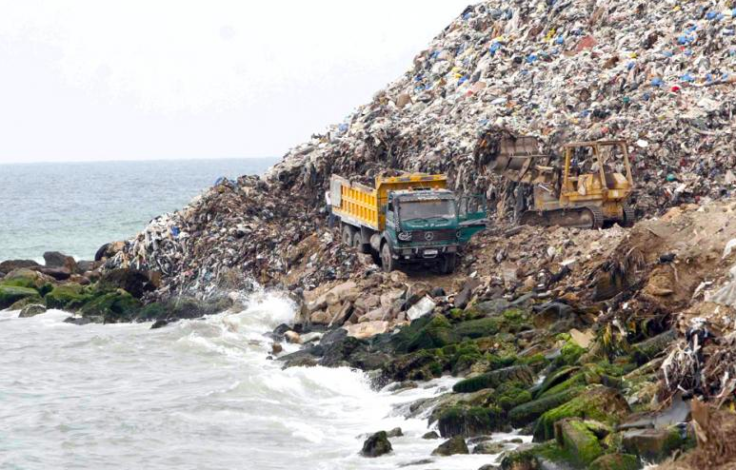 Lebanon’s Waste Crisis is More Serious Than You Think

The nation is on the brink of catastrophe

As the rest of the world places responsibility on private polluting industries like fashion, Lebanon is still fighting its own government for a basic human right. The nation has been in the midst of a trash crisis for years—and the situation is officially at its most dire.

In 2015, the nation made international headlines as images of beaches covered in a blanket of trash surfaced, and residents took to the streets in protest. Three years later, in 2018, the same thing happened. 2020 is just two months away, and the Middle Eastern nation is still far from solving its crisis, and according to Human Rights Watch, Lebanon is well on its way towards an environmental catastrophe.

The crisis came to light when one of the biggest and most heavily relied-on landfill sites in Naameh was closed due to capacity issues. The Lebanese government then failed to put any contingency plans in place, so of course, trash began to pile up everywhere. Waste was dumped and burned in unauthorized locations, risking the health of the population.

Eventually, (and without conducting any studies) the Environment Ministry submitted a 13-page waste roadmap laying out a new waste infrastructure, which recommended the expansion of landfills serving Beirut, like Borj Hammoud. It also included a map of 24 other sites for landfills across the country.

The plan managed to get waste off streets and out of Beirut, but according to Human Rights Watch, landfills are still harming the health of nearby residents, and it’s not uncommon for storms to wash down rubbish into nearby beaches.

Most recently, it’s been Northern Lebanon that has been at the centre of the crisis after an unregulated landfill that was used for almost two decades closed in April. Residents turned to burning the waste and the Environment Ministry proposed a new dumping site, which residents objected to, as it’s merely a short-term solution.

As Lama Fakih, the Middle East director at Human Rights Watch, put it: “The government is still dragging its feet and relying on temporary half-measures.” “Lebanon’s residents have a right to a healthy environment, yet the Lebanese government has continuously failed to uphold its international obligations to protect that right,” she added.

And according to the organization, the nation has just a few weeks to come to a viable solution. Lebanese residents have reported health issues including chronic obstructive pulmonary disease, coughing, throat irritation, skin conditions and asthma—all of which are health issues with known links to air pollution and open waste burning.