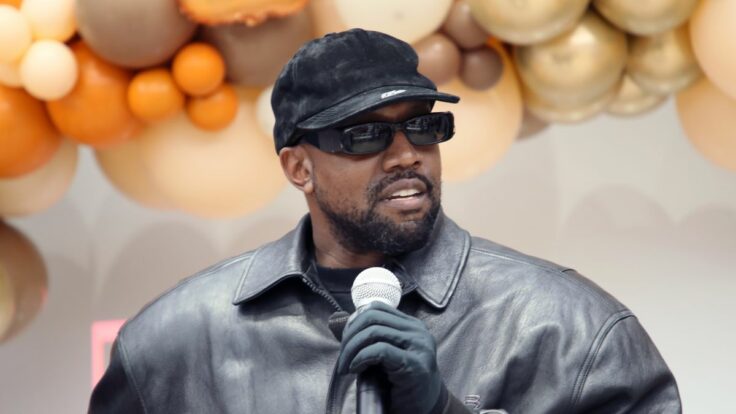 Whatever opinion you may have on Kanye West, no one would dare turn a blind eye to his endless creativity or question his abundance of talent. The Chicago-born virtuoso is the focal point of a trilogy of autobiographical documentaries that was recently released on Netflix. Titled “Jeen-yuhs”, the series follows Ye in his early years in music industry. It trails his beginnings as a producer for Jay-Z’s ‘The Blueprint’ to his tragic car accident as well as the process of producing his now-classic first album  “The College Dropout”.

Shot and directed by his close friend Clarence Simmons, better known as Coodie, and Chike Ozah, the show sheds light on Kanye’s rise to fame through exclusive footage of his humble first steps in the world of entertainment and music. Incredibly spirited and driven from the youngest of ages, his determination is a real source of inspiration to anyone trying to reach their set goals and aims.

Proving that anything is possible as long as passion fuels your engine, a lesson can be drawn from each episode and if they’ve helped us want to push harder in life, they surely will help you too. For that reason, we’ve gathered four (corny, but incredibly important) mantras from Kanye’s latest series to remember:

1. Believe in yourself and wake up every morning to convince others to believe in you too

One of Kanye’s strengths all throughout his career has been the fact that he’s always been his own number one fan and supporter. No one believes in their art, craft and vision as much as Ye does. And he makes sure that everyone else sees what he sees in himself too. He attracts like-minded people around him to make that vision come to life and it’s his personal mission to gather more people to that cause every day.

2. Some talent, a lot of hard work and good connections are the main ingredients to success

On a personal mission to quite literally become THE best of his generation, one thing we can learn is how much blood, sweat and tears the man has put into his work. We’re talking about countless hours playing with pads, writing or just creating. Because talent alone is not enough without hard work and a healthy entourage. He’s seen as always willing to improve and repeat processes until perfection, making sacrifices to go further than the ones who’ve been further. Add a strong system of friends to gravitate around you and you probably have some of Kanye’s ingredients to success, although there’s a bit of magic that no one can quite put their finger and that makes him so special.

In the second episode of the trilogy, there is a moment Ye invites Pharell Williams to the studio to make some less-formal introductions and tease some of his music. An important thing to remember here: Williams was responsible for 43% of the music that went on air on the radio. He was the big deal of the time (and still is tbf). Out of the few songs Kanye decides to show Pharell, “Through the Wire ” is the one that catches his attention. He’s absolutely blown away by Kanye’s talent and adamant about the success he is about to meet. In a quick exchange after the beats drop properly and the heads start bouncing copiously, Pharell advises Ye to stay hungry no matter what. To keep that same line and ethic of work even after the day the industry, and even the world, recognises the genius behind the mic and beatpad.

Coping with success and fame isn’t necessarily easy for everyone; especially for someone like Kanye. When watching the story of his life unfold, we notice that it’s his close entourage that maintain a good balance while providing the right insights on his work, career and conduct. When reaching a certain level of popularity, you need a handful of friends and family members to keep your feet on the ground which allows you to evolve in the less-toxic way possible. People that are still critical of your craft, make you question what you are doing and not take any shortcuts. Genuine individuals that will support you and help you thrive through the industry’s poisonous trenches. And that’s what Kanye seemed to have in his early days leading up to the legendary icon he is today.