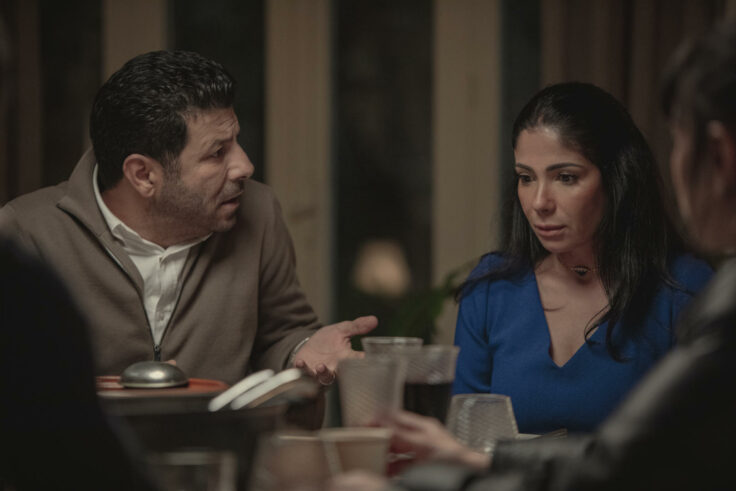 If you’re Egyptian or have been anywhere near the vicinity of Om El Donya over the past few days, you would have been exposed to blatant signs of patriarchy, especially on social media.

It’s the industry-acclaimed Mona Zaki that’s been put under the microscope for her leading role in Netflix’s first Arabic original movie Perfect Strangers. The show discusses subjects deemed taboo in the region: homosexuality, alcohol and adulterous relationships; and as per usual, everyone has an opinion to share.

In the wake of this recent scandal, we remember when the Netflix title Jinn caused similar up-roar from similar mindsets within the region. It was, at the time, deemed to be too controversial by some, even condemned and banned by governmental authorities.

The relationship that Arab cinema shares with misogynistic temperament is an issue that’s been bubbling for years. Fans of classic Arab cinema could recall a number of scenes, or even plotlines that focus on harassment or the objectification of women. One example that comes to mind is the movie, Bobos starring Adel Emam and Yousra. A simple ‘Bobos funny scenes’ search on YouTube would bring up numerous scenes where the protagonist touches women without their consent, or is constantly making perverted jokes. Or we could rewatch the opening scene of Al Ragol El Ghamed Besalamtoh, where the protagonist is scouring the airport for women he can ‘accidentally touch’, read – grope. These themes are usually realized through comedy, thus normalizing these actions for the viewers.

The disparity between the reaction of the conservatives is huge – if a male Arab actor is seen to make suggestive jokes or even actions in a movie, it’s viewed as humorous. If a female Arab actor is seen to do anything that could bring into question her piety, purity or personal choices, she would be rapidly slandered, and her name tarnished. This is the painful reality.

We read stories daily in gossip magazines, or on social media about celebrities beating their wives, refusing to pay child support, or even having affairs. Yet the traditional community says and does very little. Actions reveal intent, and it’s obvious that, in the eyes of conservatives, a Western actor or actress can live their lives without criticism, however when a female actor plays a role that brings into question their values she’s continuously criticized.

Adding to the irony surrounding the Lebanese adaptation of Perfect Strangers – we also remember when in 2016, the Italian original won the Cairo Film Festival award for best screenplay. This best communicates the ‘one rule for us, one rule for them’ prerogative surrounding the recent release. But in a country where conservatism continues to prevail, women bear the focus of criticism, and in this case, Mona Zaki.

Luckily, the Egyptian Actors’ Syndicate has defended Zaki’s performance in the movie. “Defending creative freedom in a civil state is an essential pillar of Egyptian conscience that the syndicate will always protect,” said the syndicate’s statement, stressing its “keenness to preserve the Egyptian society’s values and tackling sensitive issues through art.” This statement comes shortly after parliament member, Mostafa Bakry severely criticized the movie, its makers and Netflix, accusing its makers of being involved in a conspiracy that targets Egyptian principals and moralities.

This begs the question, are we not the same audience that devour Mohamed Ramadan’s violent and womanizing plotlines, or laugh at Ramez Galal’s escapades every Ramadan? Are we not the same audience that lapped up every second of the new season of Euphoria? A series that brings up similar, even more provocative topics, focussing on high school students. This precisely is where the hypocrisy lies. We can accept all of that and more if the actress wasn’t an Arab, more specifically – Egyptian, in the case of Egypt. There’s an impenetrable wall of patriarchy surrounding ‘taboo’ topics, one has freedom of expression, but only providing that it fits within the parameters of what is deemed acceptable by ‘Egyptian societal values’. 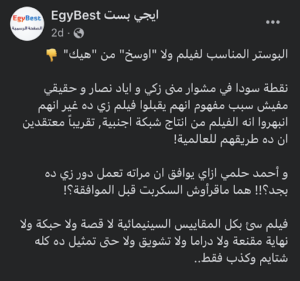 Even the platform EGYBest, better known for giving access to millions of illegally hosted titles, announced that they won’t host ‘Perfect Strangers’ because of the controversies. Has an illegal streaming site become a social barometer to what is deemed acceptable or not? Do we trust a website with arguably thousands of copyright infringement cases against them, to give a true and impartial statement regarding moral values? Frankly, their polarizing statement creates an us vs them mentality.

So, it’s around this time that you would start asking yourself where the controversy is? Mona’s character, Maryam, was seen taking a pair of underwear off and putting them in her bag, which for the conservative segment of Egyptian society is enough for her to be an unforgivable sinner, and subsequently scapegoated across social media for other ‘societal issues’ as a result of her involvement in the Lebanese production.

What is the real problem with fictional films depicting subjects that are deemed to be inappropriate? As Kanye West infamously tweeted: “We live in a society”, and in that society exists things that a person might disagree with. Many people have a strong aversion to bigots and conservatives but continue to peacefully coexist with them. Should art really be analyzed from the aspect of religious morality with such vigor? Did anyone question DaVinci on the topics of conservatism and censorship as he sculpted the Vitruvian man?

One thing is for certain: if you’re a woman in Egypt, you’re inherently aware of the problem. Oppression comes in many forms, and for Egyptian – and all Arab women, this is just the tip of the iceberg.

Simply put: If you don’t like it, don’t watch it. 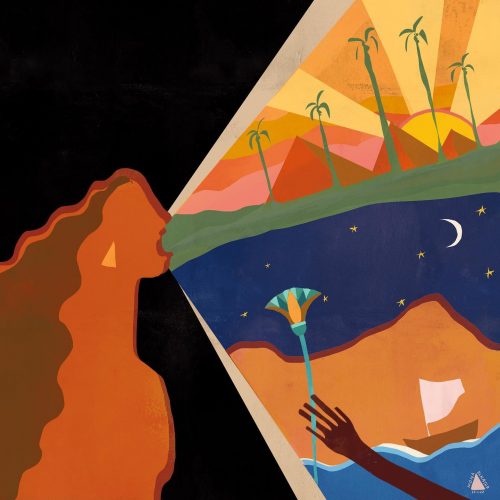