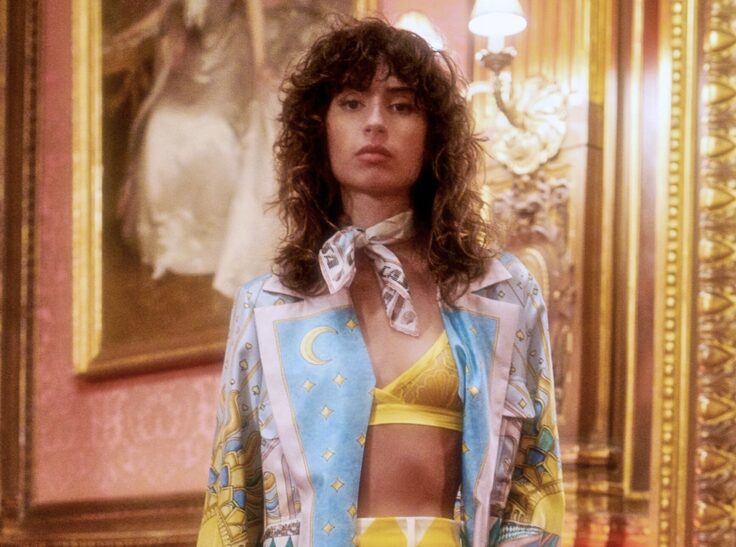 Live Out Your Monaco Fantasies with Casablanca’s New Collection

It’s everything we ever needed

Paris might be under lockdown, but fashion week remained. Its star? Casablanca. The brainchild of Charaf Tajer is one of the hottest brands in Paris, redefining luxury and après-sport fashion.

For the presentation of their latest collection, reality didn’t matter. The label’s creative director Tajer made his utopian dreams come true. Think Monaco, cars and roman fantasies. Titled ‘Grand Prix’, the digital presentation was all about festivity, joyful celebration and sophisticated glamour. Everything we’ve ever needed.

The Thomas Lachambre-directed film was set in the baroque hotel of La Païva, named after one of the most famous French courtesans of the 19th century. There was an after-party, there was a gambling table, and roman statues.

The film was a celebration of the Monaco Grand Prix, timely, since last year’s race was cancelled for the first time since 1954. Tajer built a world of festivity and flamboyance featuring more than 80 people and a couple poodles. He even made a cameo appearance in the film, playing the piano.

A black Casablanca Racing Team formula one car—customized with different iterations of the Casablanca logo and the team mascot (a running hare illustrated by Gard Diop)—was placed inside the mansion. The race winner was wearing a custom checkered Casablanca racing suit made of the crepe-like fabric ‘bombardo’ with the brand’s emblematic laurel leaves on the collar.

The collection marked the brand’s official debut of a full line of womenswear. Sexy A-line dresses with playing-cards motifs cut-outs, 70s-style suits in lime green and effervescent pastels, and elegant silk blouses were in line. Femininity bled into masculinity with bateau neckline sweaters for men and power tailoring for women.

Reminiscent of the checkered flag, casino floor in Monaco and cards, damiers were obviously a staple pattern to the collection, from a pink and red floor-length coat to a faux-fur harlequin one. For his flamboyant and colorful prints—seen on silk dresses, shirts and sweaters—Tajer was inspired by the Hermès scarves collection of his mother’s boss that he saw as a kid.