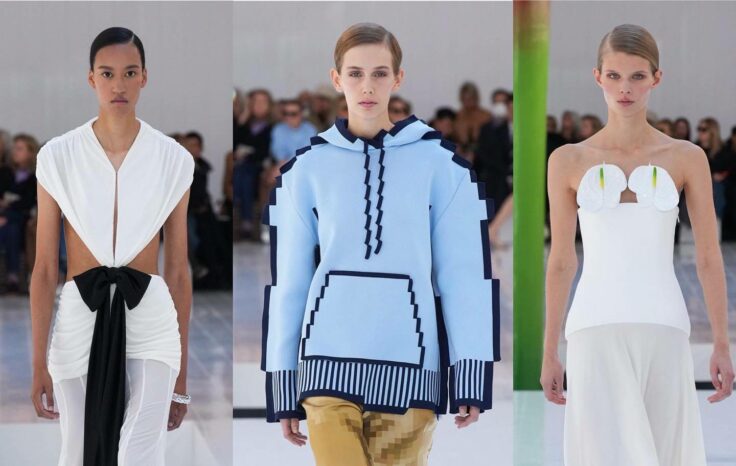 Loewe Proves That Florals for Spring Can Be Groundbreaking

If you’re going to do florals for spring,  it better be, well, groundbreaking. That’s exactly what the Loewe Spring 2023 ready-to-wear collection was.  On Friday, Jonathan Anderson presented his anthurium-inspired offering during Paris Fashion Week to a star-studded front row that included Kylie Jenner, Emily Ratajkowski, and Emma Chamberlain, among other notable names.

Canadian actress Taylor Russell opened the show wearing a strapless black velvet dress with exaggerated hips that set the tone for the girly and coquettish silhouettes that made up the 52-look range. With Barbie, hyper-feminine fashion and the breaking down of binaries, it’s no secret that we are in the era of the girly girl. Loewe’s new collection further explored hyper-femininity through baby doll dresses, preppy collars, pleats, lace, bows, and pastel hues like baby pink and blue. The designer took all of the things that little girls were told were frivolous and silly, and made it a thing of empowerment and bold personal style.

Of course, few things are more girly than flowers and Anderson infused them throughout most of the collection, but rather than simply hand-painting minidresses and bags with floral patterns (there was that), the creative director upped the ante by adorning garments with anthurium-shaped metal breastplates that matched the giant laceleaf flower center piece on the runway. A  white jersey dress featuring a 3D Peace Lily bulb emerging from the dress was first spotted on Euphoria star Zendaya last week, proving once and for all that the British designer is a marketing extraordinaire (we’ll get back to that in a second.)

Also known as the Flamingo Flower, the anthurium is revered for its enormous heart-shaped leaves (what’s more girly than a heart?) and symbolizes abundance, hospitality, love, and luck. The flower of the season, they were also spotted at Ludovic de Saint Sernin a couple of days earlier.

Meanwhile, what looked like ruffles adorning models feet from a distance were actually revealed to be little deflated balloon rafts upon closer inspection, that created the illusion of petals, in line with the collection’s overarching floral theme. Other standout footwear included see-through Cinderella flats, and sandals embellished with leaves.

But it wouldn’t be a true Loewe show without some avantgarde elements as Anderson never shies away from being playful or nonsensical. The collection was punctuated with extraordinary experimental bits including the Roblox-ready creations in the form of t-shirts, hoodies, and trousers that had the illusion of being pixelated.

But back to Anderson’s marketing genius— the designer emerged for his end-of-show bow wearing a white crewneck sweater emblazoned with a graphic of three tennis rackets and the text “Challengers” in blue. The look was a nod to the upcoming Luca Guadagnino-directed film, Challengers, starring Zendaya, and for which Anderson is doing the costume design. And if this collection is any indication of the fashion we can expect when the film comes out in August, all we can say is, we can’t wait. 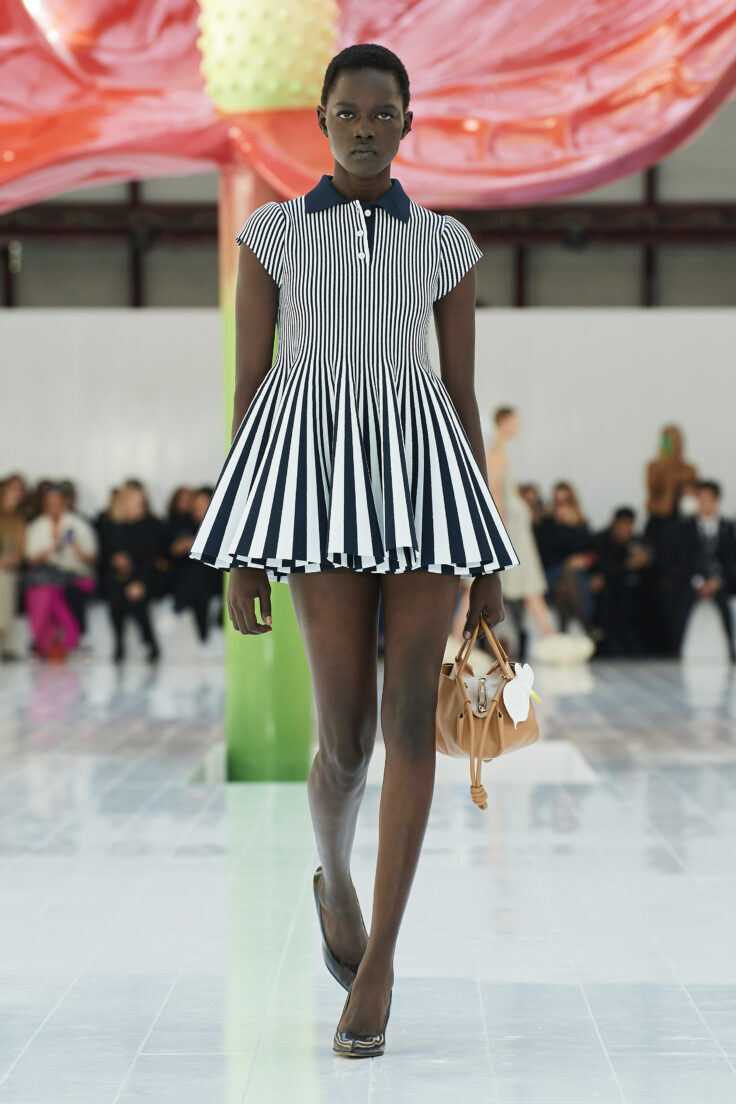 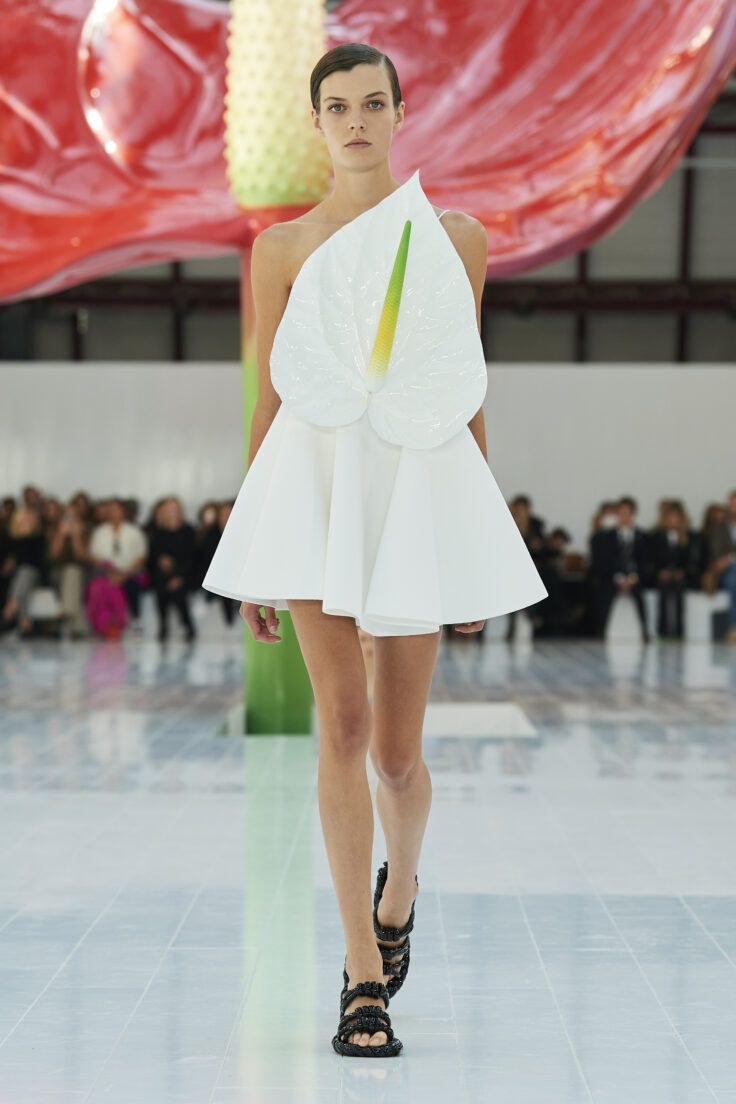 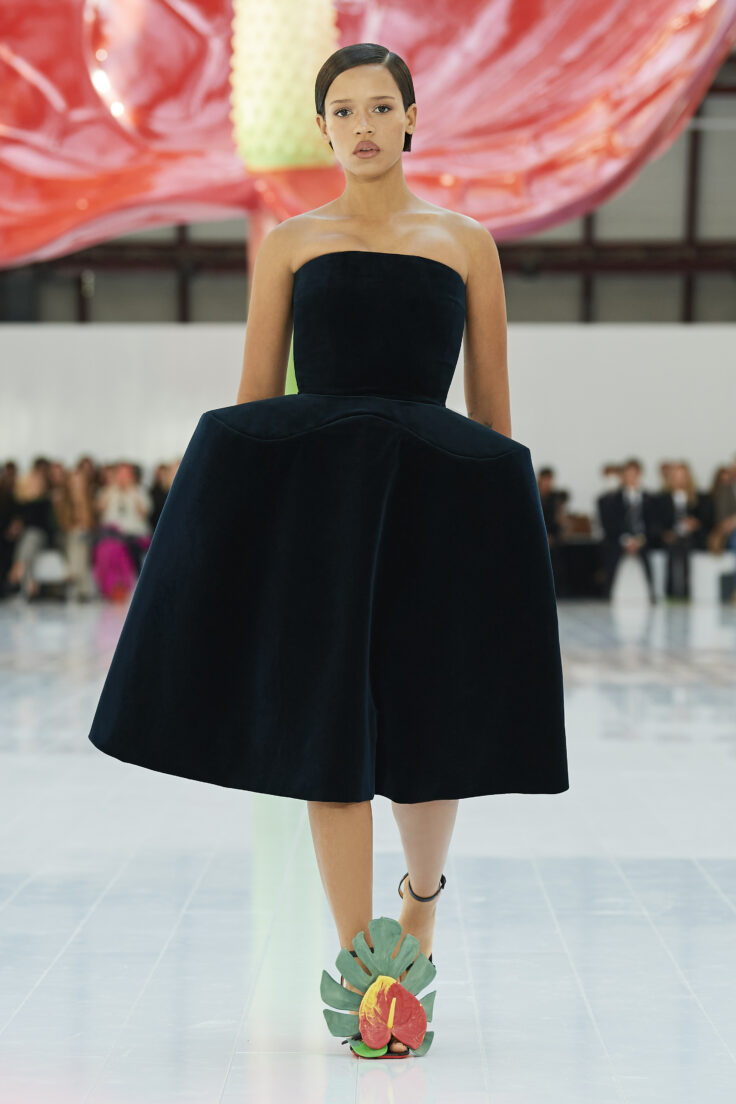 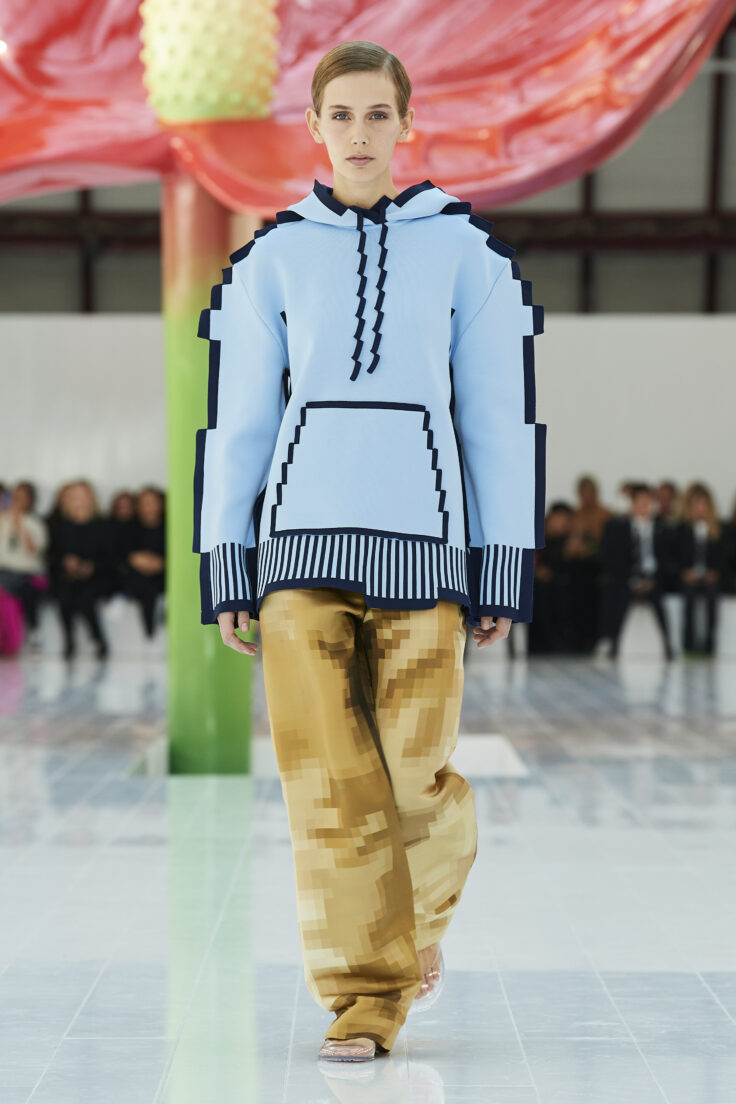 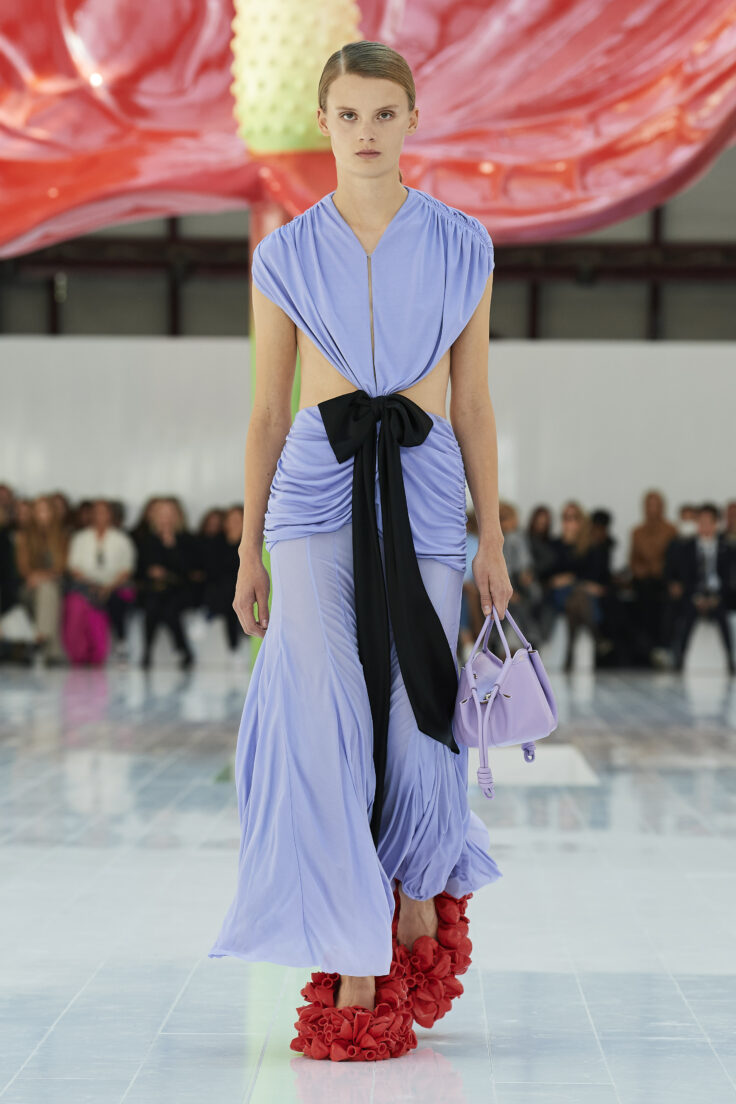 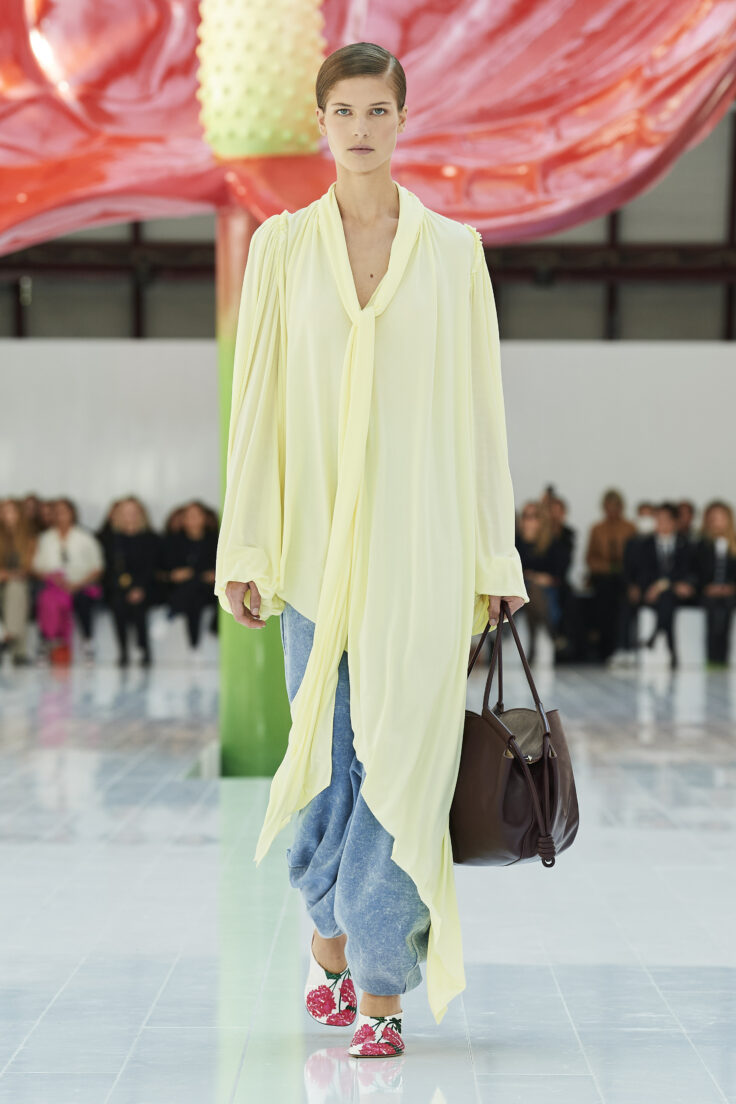