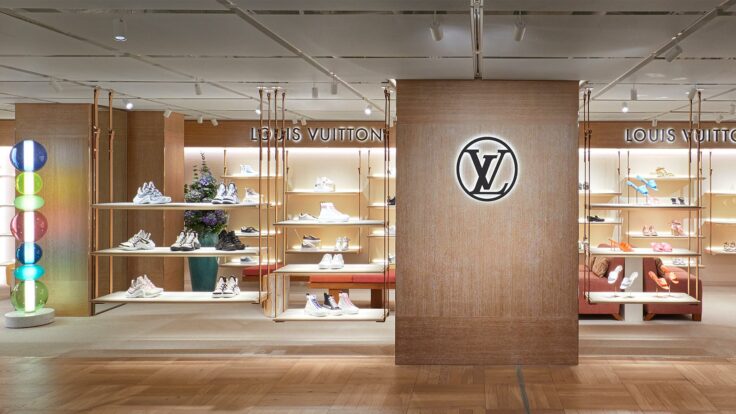 There’s no doubt about Louis Vuitton being a household name in the fashion industry, at all. Its ubiquitous Damier Ebène checkerboard print has resisted the test of time and traveled through the years to cement itself as one of the most coveted designs in history. The French-born powerhouse has achieved almost all there is to achieve when it comes to creatively expressing itself. Given the luxury label’s recent updates though, it seems as if the Parisian brand is finally about to step into uncharted territory to mark a mighty first in its century-old existence.

In a recent interview with WWD, Chairman and CEO of Louis Vuitton, Michael Burke, revealed that the brand’s Paris-based headquarters will be undergoing a massive transformation, converting offices into high-end bedrooms for customers and clients   to spend a night in.

The pharaonic project will mark the opening of the luxury maison’s first hotel as well as the brand’s largest dedicated-store to date. Spanning over 400,000 square feet, the massive transformation will kick off as soon as this week, launching a new experimental space, dubbed “LV Dream,” this Dec. 12. According to Burke, it will include a café, a chocolate shop courtesy of Cheval Blanc, a gift shop, as well as areas for exhibitions and installations. Set to remain open for the next 12-months, the hotel itself is expected to only be inaugurated sometime in the next five years.

Nestled in the first arrondissement of the French capital, Burke insisted on the hotel’s potential, claiming that the lodging will have a spectacular view, giving onto Paris’ most iconic landmarks, from Notre-Dame de Paris to the Church of Saint-Germain l’Auxerrois as well as the Eiffel Tower. With the curtain-raising of a brand-new La Samaritaine department store, a Cheval Blanc Hotel, and Italian pastry company Cova’s first Paris location, Burke lauded Vuitton’s mother body, LVMH, for heavy investing in the office-turned-hotel’s neighborhood in the past 18 months.

With a lot of speculation surrounding the lavish label’s venture of a kind, all we know is that the hotel will have its “own identity, and own segment and own service” with an unforgettable experience in store for lucky visitors.