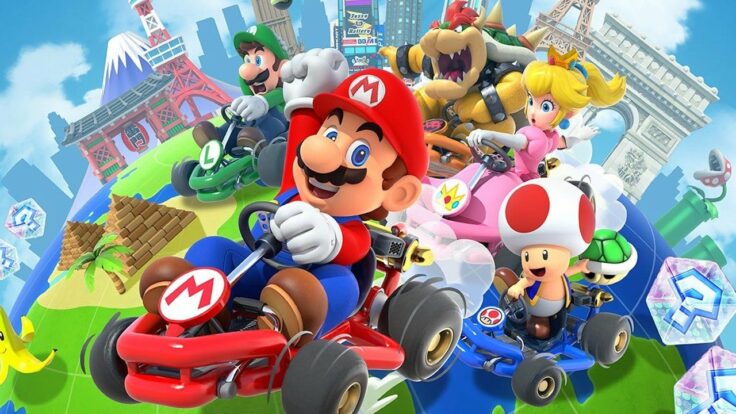 It’s Official: Mario Kart Is the ‘Most Stressful Video Game’ on the Market

It’s not all fun and games after all is it?

Regardless of how competitive any of us may be with a controller in our hands, jumping behind the PC, PlayStation or Xbox can quickly turn into a sour experience with some notable games that carry the reputation of not only being nerve-racking but also very frustrating to play. Who among us hasn’t rage quit a video game before? Now, according to a study led by BonusFinder, a user-driven start-up focused on sharing the best and most effective gaming and gambling practices, Mario Kart is, as it turns out, the most stressful video game of all.

In an attempt to find out which titles are the most physically and mentally demanding, the platform tracked the heart rate of 14 participants, who are used to playing a minimum of 15 hours a week and familiar with the video games that were used for the study. Based on the average player’s heart rate increase during the 30-minute-long experiment, Mario Kart turned out to be the most anxiety-inducing video game. With heart rates increasing by 32.81 percent on the group average, Nintendo’s legendary racing game was found to be physically equivalent to going for a light walk outside.

“What the study highlights is quite remarkable, despite all the newcomers with improved graphics and increased spending, the old Nintendo formula is still irresistible to gamers and nothing can replace the jeopardy of a red shell on the last lap of a race,”  commented Fintan Costello, Managing Director at BonusFinder. ”It’s interesting to see in so many of these games, the increase in heart rate is equivalent to doing light exercise, which might explain why it feels like it takes plenty of energy out of those playing them,” he continued.

According to the findings, Mario Kart was quickly followed by other famed titles, some of which are known for having a toll on players within the gaming community. As some could have loosely guessed, the top five is unsurprisingly completed with FIFA in second place, boasting a heart rate increase of 31 percent, and war-simulator Call of Duty ranking third with 30 percent. Dark Souls came in fourth place with a heart race increase of 28 percent, while Gen-Z favorite Fortnite rounded out the top five with 27 percent.

Although rough estimates were projected for the most irritating games around on the market, BonusFinder also managed to put their finger on the games that instead of increasing your heart rate, actually reduce it. Participants’ average pulse rates were observed to decrease by up to 5 percent over the course of the same 30-minute session when playing games such as Animal Crossing, The Sims, and Skyrim, proving that although playing to win can be very stimulating and feel very rewarding, sometimes, the best way to uplift your spirit is by roaming the e-world aimlessly, explore calmer settings, and achieve more wholesome tasks.

Whatever the effect, it’s clear that the impact video games may have on any given individual is immense. The takeaway? You might want to double-check if you’re mentally prepared before inserting that CD into your console—depending on the game, of course.