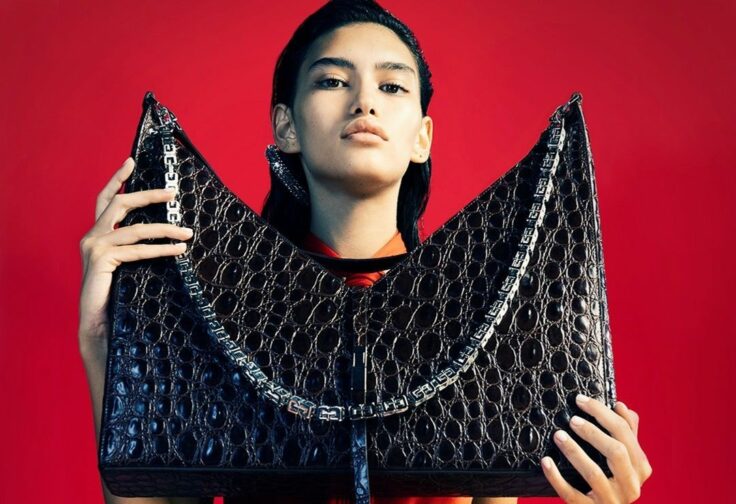 We Weigh in on Matthew Williams’s Givenchy Debut

From Alyx to LVMH

In June Matthew Williams was appointed the new creative director of Givenchy, taking the reins from Clare Waight Keller and joining his friends Virgil Abloh and Kim Jones at the helm of some of LVMH’s biggest fashion houses.

For months after the announcement, Williams kept mum on his plans at Givenchy. The 34-year-old designer—who’s fashion resume includes costume work with Lady Gaga, running his modernist label Alyx, and a stint with Abloh and Heron Preston with streetwear Been Trill—soon gave a peak at what a ‘Williams’ Givenchy looks like. In September, the fashion house unveiled its first ad campaign with his creative direction.

Mysterious padlocks inspired by Paris’s love locks were front and centre in the campaign, which was shot by Nick Knight and featured none other than Playboy Carti correctly and incorrectly pronouncing the brand’s name. The campaign proved itself a breath of fresh air for the storied French fashion house but sceptics kept on doubting the couture ability of the designer who rose to fame thanks to his industrial buckles. The real test came just this week as the designer presented his first collection on Sunday.

True to his modernist approach with Alyx, Williams presented a collection that put sharp, tailoring forward—a step away from Waight Keller’s softer, more whimsical line of design. The collection stepped away from Waight Keller’s in more ways than one, with a host of textures featured throughout the collection, including an alligator bag, a snake skin harness, and a translucent mesh-like t-shirt reminiscent of Jean-Paul Gaultier’s iconic ‘tattoo’ shirt.

But Williams’s Givenchy debut isn’t explicitly radical. Williams was able to place his touch on the label, but not without paying homage to his predecessors. Hubert de Givenchy’s looped drapery found its presence in Williams’ collection, and not least, McQueen’s iconic horn detailing, which was featured on heels and a hat.

Williams’s personal mark lives on in the sharp tailoring as it does in the practicality and pragmatism of the pieces, an unsurprising approach from a designer with roots in streetwear.  “A lot of it is what I would wear personally,” he told Vogue. But his touch most notably shows through his love for hardware that’s ever-present at Alyx, with the padlock featured in his campaign accenting a number of pieces in the collection.