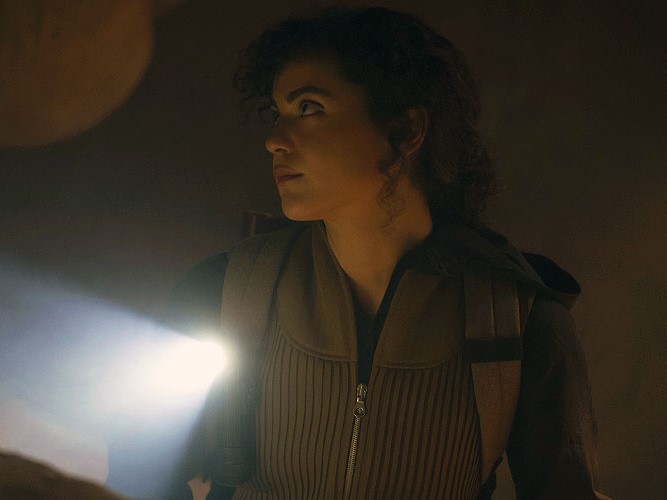 One feature at a time

Earlier this month, Disney released Moon Knight: a web series exclusively aired on the entertainment giant’s eponymous platform. With four episodes already available out of a short six, Disney’s latest release, which premiered on March 30, received a large number of accolades and appraisals from the region. Of course, that’s because it features a wide array of Arab talent and is soaked in references to the Arab World – especially Egypt. From both behind and in front of the camera, creatives hailing from the region have produced, shot and played in Marvel’s newest project.

This is not the first time that an actor from the Arab World is seen involved in a Disney-sponsored MCU production. Last year, UAE-born Haaz Sleiman was cast in Chloe Zhao’s ‘Eternals’ – another blockbuster that can be added to Marvel’s long list of global hits. This time though, representation is taken to a whole other level with over 15 ambassadors of the region playing their part in stringing Moon Knight together.

The world’s spotlights have been making Egyptian actresses May Calamawy, Zizi Dagher, and Antonia Salib, alongside actors Ahmed Dash, Hazem Ehab, Amr El Kady, and Karim El Hakim shine bright in their latest performing venture. It’s the first time seeing such a consequential number of Arabs being put at the forefront of a mainstream and pharaonic production like this one. Reactions from fans and viewers have been made heard online with a slew of positive responses and feedback.

Stop fam, this show has mahraganat?! They really played Ahmed Saad, 3enba, and Double Zuksh’s “El Melouk” during the credits of the second episode?! Moon Knight’s soundtrack continues to be *chef’s kiss. https://t.co/m50nbKSvuX

im actually happy that moon knight is slowly eradicating the stereotypes that the arab world has when it comes to hollywood. im so happy that disney made the wise choice for this show!! they finally made a positive representation!! moon knight halal mode always🌑🌙

This is the first time that an Arab director sits at the helm of a Marvel Project. Mohamed Diab, who is known for his directorial debut film Cairo 678. On casting the Bahraini-born Egyptian actress May Calamawy, the prominent screenwriter admitted that the role was not necessarily tailored for a fellow Egyptian to embody.

“When the time came, she auditioned with Oscar [Isaac], and that audition was fantastic. They loved her. She was a tremendous addition. She’s intellectual, eager, down to earth, and proud of her heritage,” Diab previously told Arab News. “She stood up for her character in the room, and, as an Egyptian, she knew more about her character than anyone else,” he continued.

Recognised for her performance in the Golden Globe-winning sitcom Ramy, the part-Palestinian actress is now one of Moon Knight’s leads. Her character, like many others she played, steps away from the Hollywood trope of typecasting Arab actors. Very aware of the task she has been assigned, Calamawy’s portrayal and overall performance in the mini-series is exceptional.

“I think it’s really important that when it comes to representation, to do it very authentically,” the Bahrain-born actress, whose father is Egyptian, told ET. “And there’s no better person to do that than [executive producer] Mohamed Diab, who loves Egypt more than anyone I know. He really focuses on the nuances and the specificity.”

As much as seeing someone that looks like us, bears the same features as us and is from a similar background as us on the silver screen is great, it doesn’t quite hit as hard as finally seeing Arab characters being portrayed positively. And we’re here to celebrate that.

Moon knight is better for not using the stupid yellow filter that all white people use on arab countries as this one is finally directed by an egyptian https://t.co/iqYZPozhri